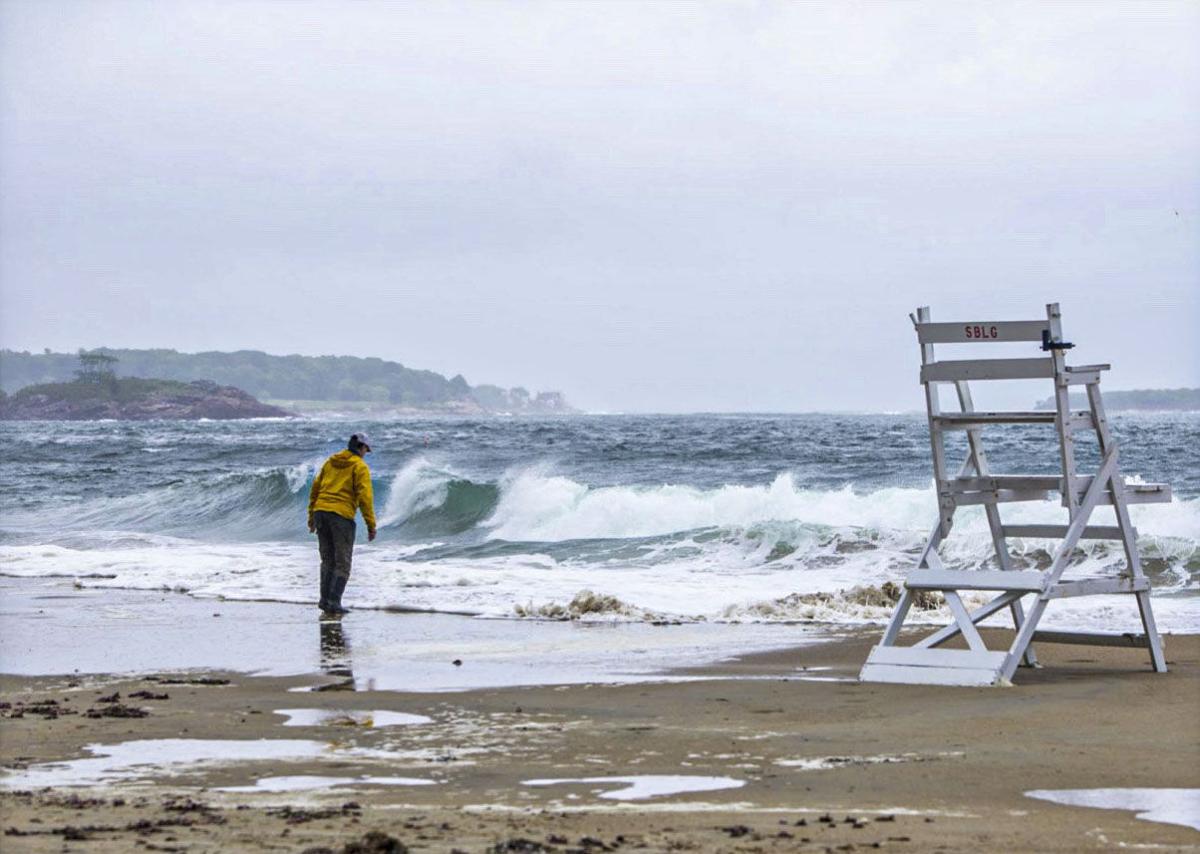 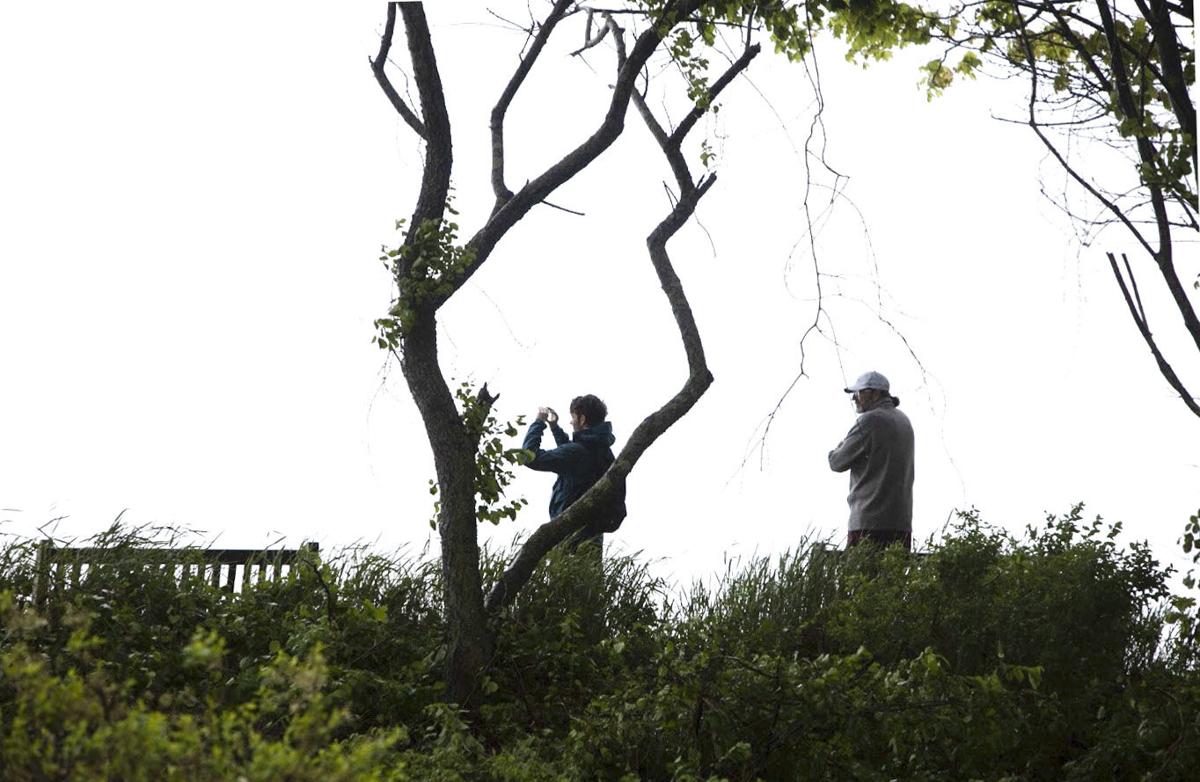 On Memorial Day weekend New Englanders were greeted with the first low-pressure storm of the year.  With an unfortunately far less inviting weather announcement than the weekend prior, residents prepared to spend some time stuck inside.  After all, hunkering down is a New England pastime; nothing seems to change, except for the weather.

With thermostats back on again, everyone patiently waited out the lazy rain of Friday evening.  Saturday morning, and a cloud covered sunrise, coastal residents were greeted with low temperatures, tremendous winds, 1.5 inches of rain, and large ocean swells.  Typical ingredients to a Nor’easter.

With a craving for a halftime show, and the fast-approaching midpoint of this raw weekend, I decided to venture to Singing Beach.  To my surprise, there was quite the audience.  However, I quickly understood this crowd was certainly well served with entertainment.  Between a combination of the three-story splashes on Eagle Head, overhead waves, and of course, the infamous high tide flooding, there was not a moment to be missed.  From your daily beach-walkers carrying their morning joe, to your rain gear dressed “storm-romper,” there was considerable interest beyond my nerdy fascination with large waves.

As I made my way down the beach there were puddles attempting to make contact with the break wall.  A person dressed in foul weather gear had been drudging through these puddles with a fascination of the puddle’s growing and shrinking.  When water flooded the beach, they would hesitantly step back; just enough to let some water run around their boots.  I thought the name “storm-romper” was well deserved.

Meanwhile, a pair of your typical stubborn New Englander beach walkers made their way down the beach.  Accompanied by nothing but a couple of umbrellas, dressing for the weather must have seemed impractical.  Likely because the weather could completely change in the course of five minutes: classic New England.

With my clothes completely saturated with cold rain and salt air, I began to wrap up my satisfying halftime show and made my way over to the car.  Before leaving the Singing Beach parking lot, I was distracted by the pile-up of cars in the “spin the beach” drop-off circle.  As they all attempted to get a view of the fight between Singing Beach and the storm, several resident vehicles and a utility pickup truck had somehow squeezed together.  Leaving the shelter of their vehicles, the smartphone bearers hiked up to the beach path protected by foliage.  After enjoying the sight before their own eyes, folks captured simple photographs, panoramas, and videos for those not lucky enough to catch this Saturday show.

Doggett is a senior at Pingree School in Hamilton.