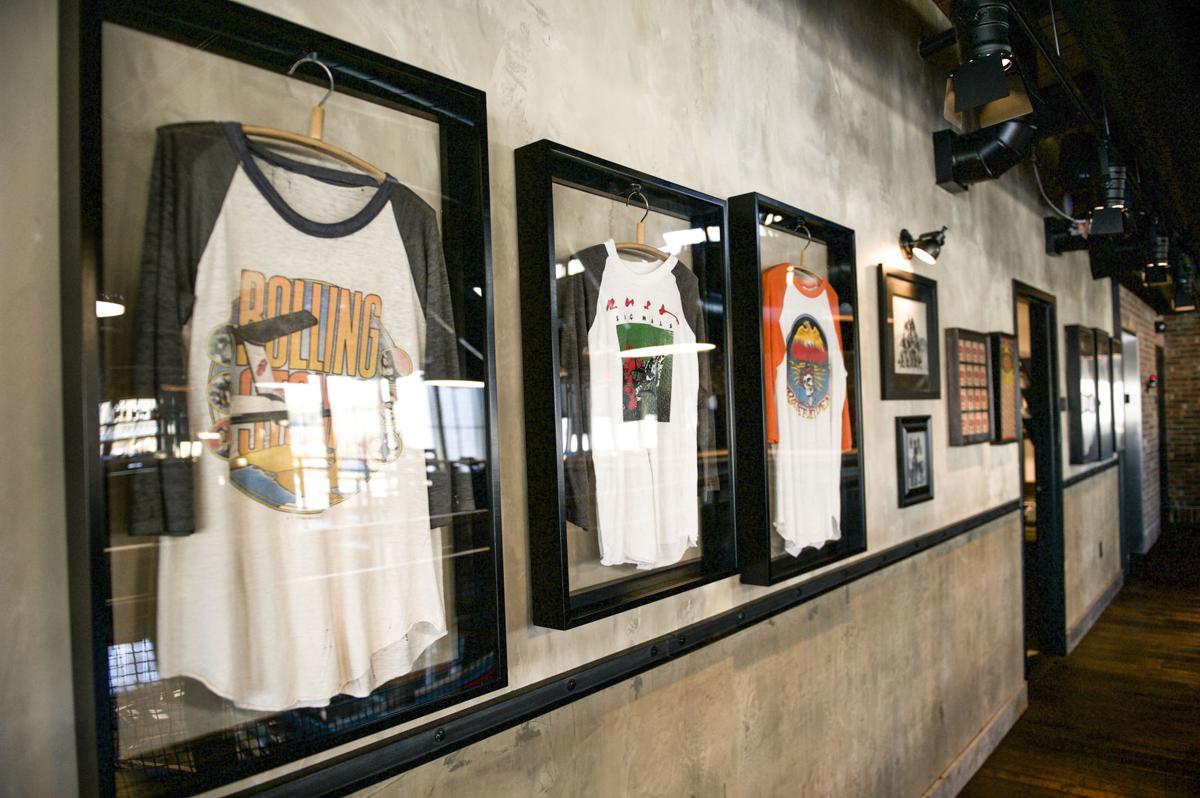 Music is a very big part of John's life. His beloved band is Rush. The walls of the brewery are covered with his rock and roll memorabilia, a history of concerts and events that began in his youth and continues to this day. 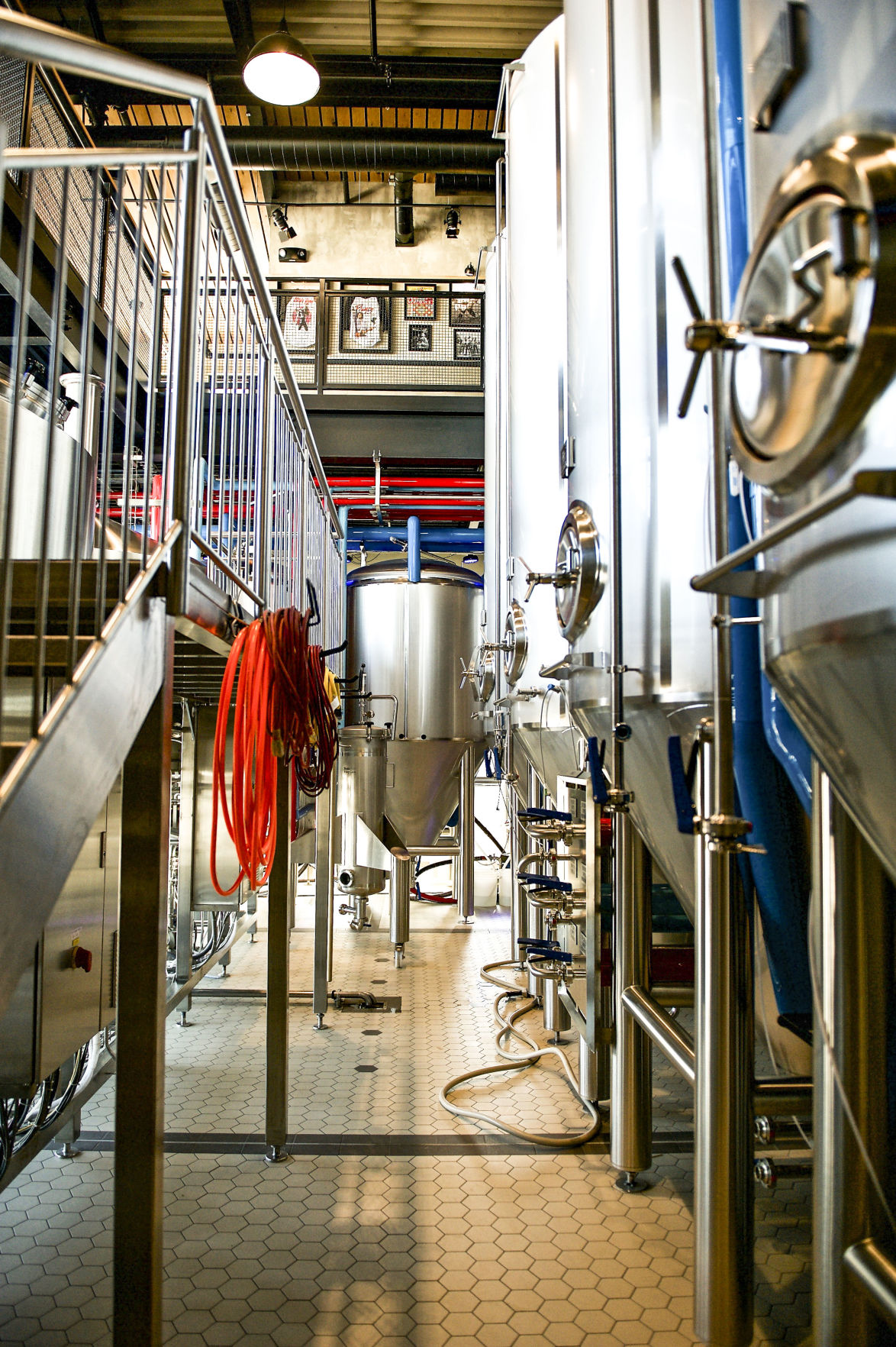 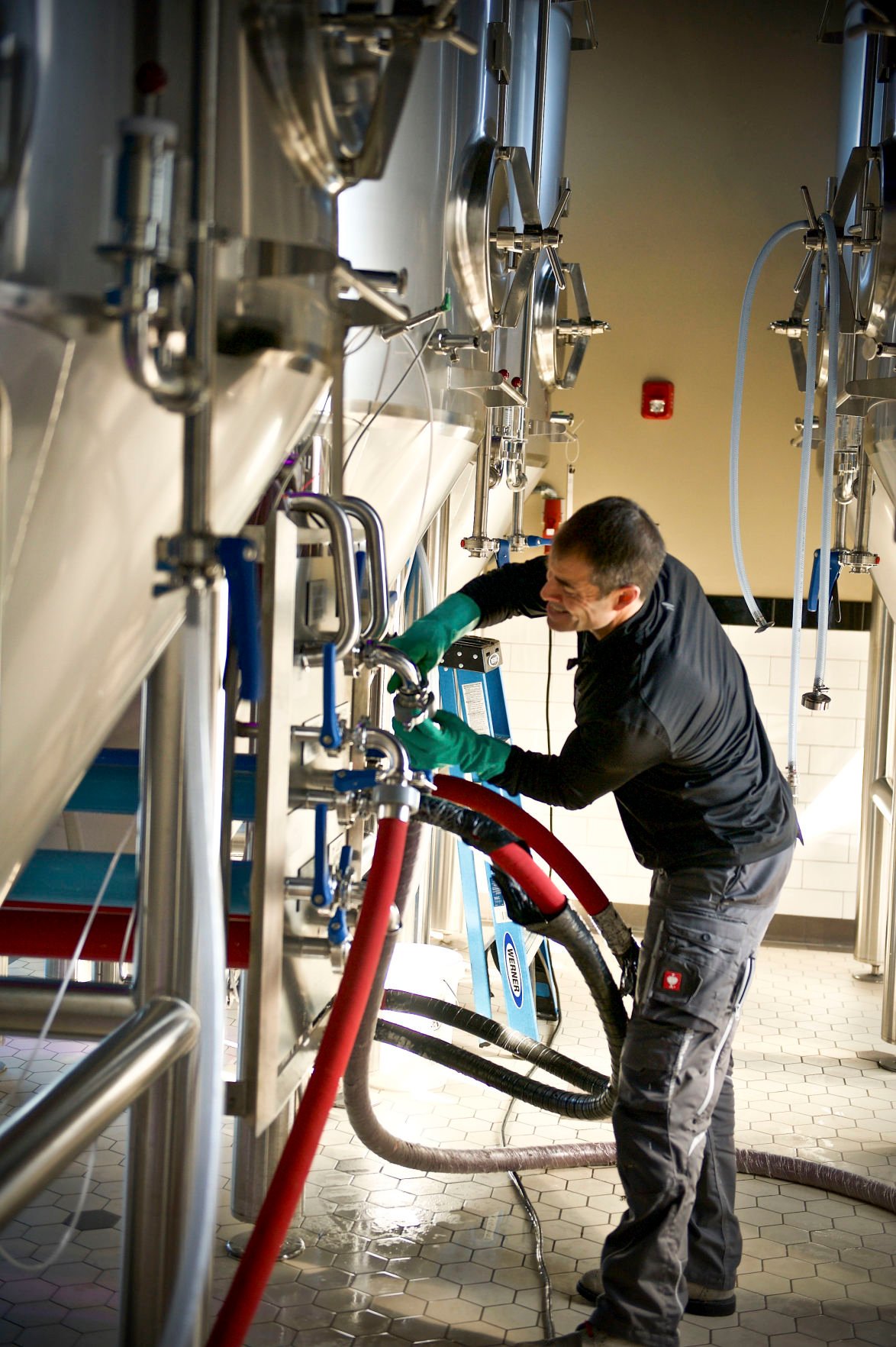 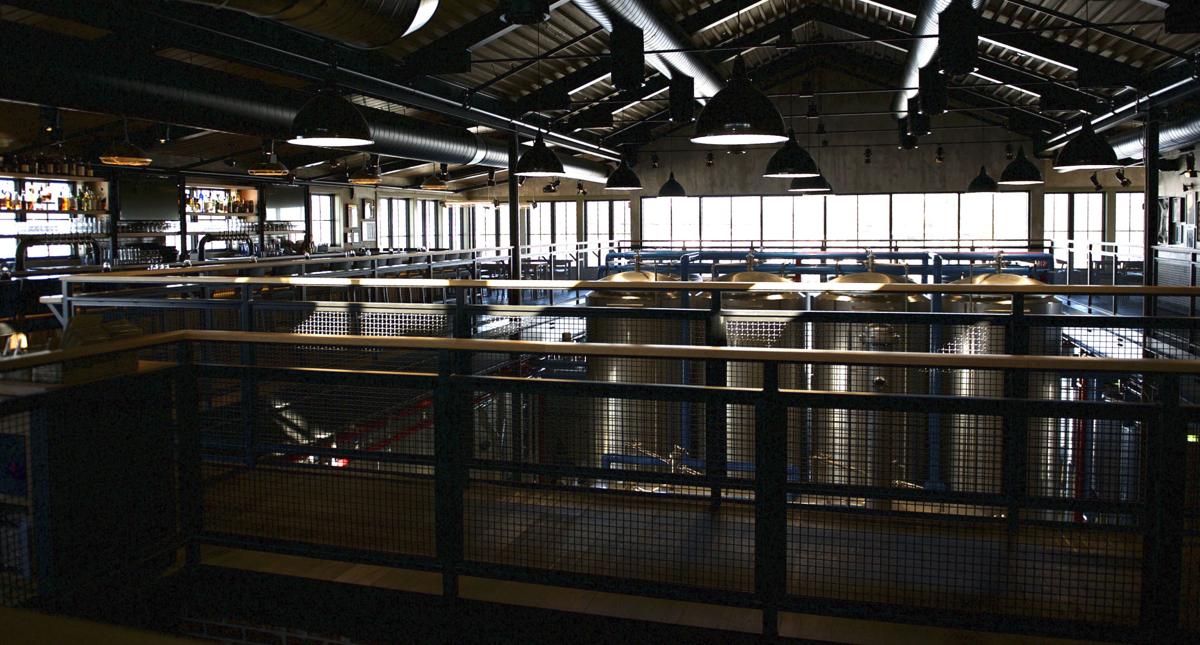 The restaurant at the Great Marsh Brewing Co. is cantilevered around the massive stainless-steel distilling tanks, so customers have views inside as well as outside to the Essex marsh.  The food is fantastic. 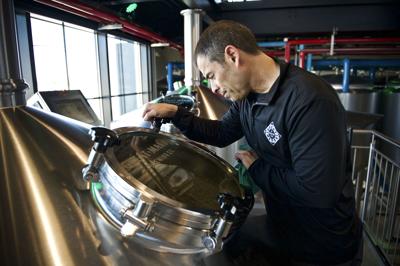 I like John Collins.  Many of you in Essex may have thoughts about the recently opened Great Marsh Brewing Company but the fact of the matter is — it’s here.  It happened. Initially, not wishing to wade into the hullaballoo, I decided not to write about it.  Alas, curiosity eventually got the better of me.  So, I sent a note.  John invited me to come by.

It was October and John was definitely in the thick of it.  During the final weeks leading up to the opening of the brewery things were happening quickly, but to my estimation the distance between what it was and what it needed to be seemed mighty far given the timeline.  Regardless, John made time and cheerfully chatted away while showing me the evolving brewery.

The first thing you will likely notice about John Collins is that he is positively humming with energy.  Not nervous energy.  Productive energy.  Like really productive energy — so intense that it feels as though were he to focus on something for too long it might actually vaporize.  He is exacting.  A perfectionist, and tech seems to be coded into his very DNA.  As we moved through the brewery he spoke with such fluency of brewing and the plethora of complex chemical, technological, and mechanical processes involved it belied the fact that he had only been at it for two years.

Which begs the question, how did he get here?  The first thing John points out is that it was definitely not alone.  “Allison is the glue.”  He fondly explains describing his wife.  He adds sweetly that she is “quite special”.  John and Allison were living on the West Coast when he had the idea for developing workflow software for web-based document imaging.  Allison signed on and supported the couple while John took a crack at it.  (He notes that his father-in-law was less than impressed with this arrangement.)  Long story short, they did it.  She pulled the weight financially and John crafted the software, started the business, and hit a home run, selling his company in 2012.  (I am guessing that his father-in-law was rather happy with this part of the arrangement.)

The couple moved back to the East Coast (John is from Danvers) where John decided to become a stay at home dad to his four daughters and three rescue dogs.  This lasted three years.  As I noted, John has the resting heart rate of a hummingbird.  This coupled with the perfectionism and as a self-admitted clean freak (during our interview he actually jumped up out of his seat to inspect possible dust on top of one of the silos) may have made this endeavor complicated.  And while I have no doubt that he was fantastically capable in this role, Allison let him know that he needed to do “something” (read: outside of the home).  John’s younger brother had started a brewing society in San Francisco in 2014.  Inspired, John decided to try his hand at brewing.  He assembled a small home brewery and hammered away at it for the next two years.  From this came a newfound love and the inclination to go big.  In brick and mortar to create a space where craft beer is almost a show, an experience, coupled with great food and all to the backdrop of the stunning Essex marsh.  With the support of a state economic development bond and a partnership with a local restaurant group, it came to be.

At our second interview, 18 beers and 300 kegs later, I asked John if he was still having fun.  “Yes. Hard yes.” And I believe him.  He is like a little kid in that he always seems to be having fun.  When we first met, he alluded to a surprise feature having to do with the massive tanks inside the brewery.  On my next visit he was quick to show me the newly installed audio reactive lights.  We detoured into a side room which looked very much like my husband’s bench during his chemistry Ph.D. and politely hijacked the space from a young woman so that John could show me the software for the lights.  This later led to a discussion about music.  It is a very big part of John's life.  His beloved band is Rush.  The walls of the brewery are covered with his rock and roll memorabilia, a history of concerts and events that began in his youth and continues to this day.  In his free time, he plays the drums.

John explains that his goal is not to make the best beer ever.  (Frankly, I do not believe him for a minute. This is a man who has recreated the exact water profiles for each specific beer’s region to perfect the taste.)  But, he says, rather to provide a great breadth of quality craft beers with a range and variety to get people excited and interested, which I do believe.  The entire operation is designed with this end in mind.  The sheer number of beers, the exposed tanks, the taproom where, with John’s home brewing kit behind the bartender, you can see each stage of the brewing process.  During a final visit I trailed John as he worked around the brewery — alone.  I do not know what I was expecting, but it was not this.  Just him.  Hooking up hoses, moving equipment, measuring hops, running programs to clean tanks.  It was so hands-on.  I was also so much fun.  The entire time we were brewing John was narrating each step with a blinding amount of information, detail and expertise and all with nary a speck of arrogance.  And this is the thing: John Collins is a seriously nice guy.  Like lets the fruit flies he catches in his homemade trap go free outside nice.  Like he pays to have unused portions of his grain trucked to a local farmer to feed the cows nice.  It is notable that to date John has said “yes” to every single local organization, charity, and event that has approached him.

So, what next?  An app of course.  (Who did not see this coming?)  The app will be an interactive self-guided tour through the brewery to demystify the process.  Letting us, the happy drinkers of great beer, have the opportunity to also become familiar with the brewing process.  And, in the summer, a beer shack, sandy feet encouraged.  There is even talk of a dock out back to leave your kayak and stop in for a beer and some lunch.  This,I love.

So no, John Collins did not sell his dreams for small desires.  He definitely did not lose the race to rats.  And now, I hope that he has found a spot to relax his restless flight, at least for a bit.  And while he does, we can all enjoy his infectious enthusiasm and definitely — his beer.

Kris McGinn Straub lives in Essex and chronicles what she pleases with her pen and camera around Cape Ann.  And we are better for it.  Email her at kris@thecricket.com.

We watched the steel frame go up last winter, then the great big stainless holding tanks somehow tucked into the structure that we now know is…

John explains that his goal is not to make the best beer ever.  (Frankly, I do not believe him for a minute. This is a man who has recreated the exact water profiles for each specific beer’s region to perfect the taste.)