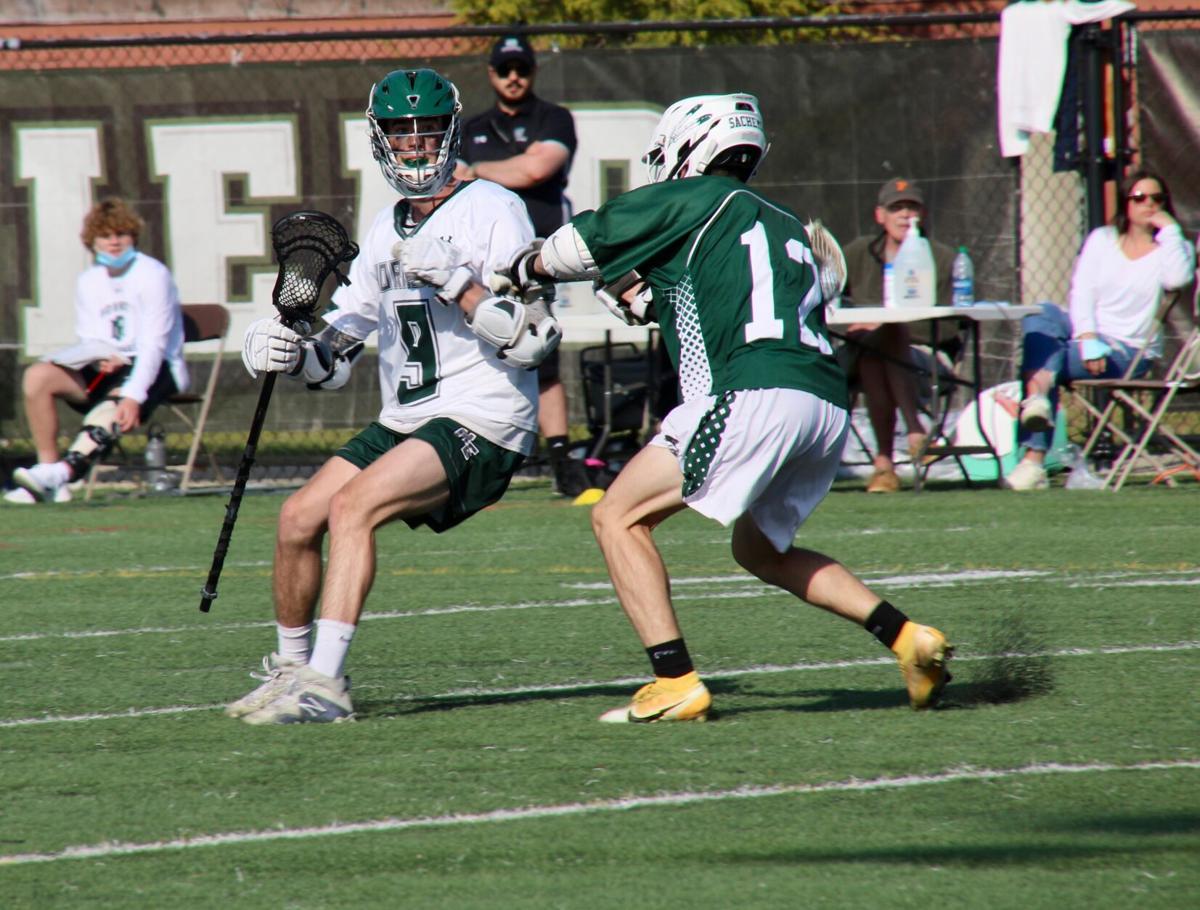 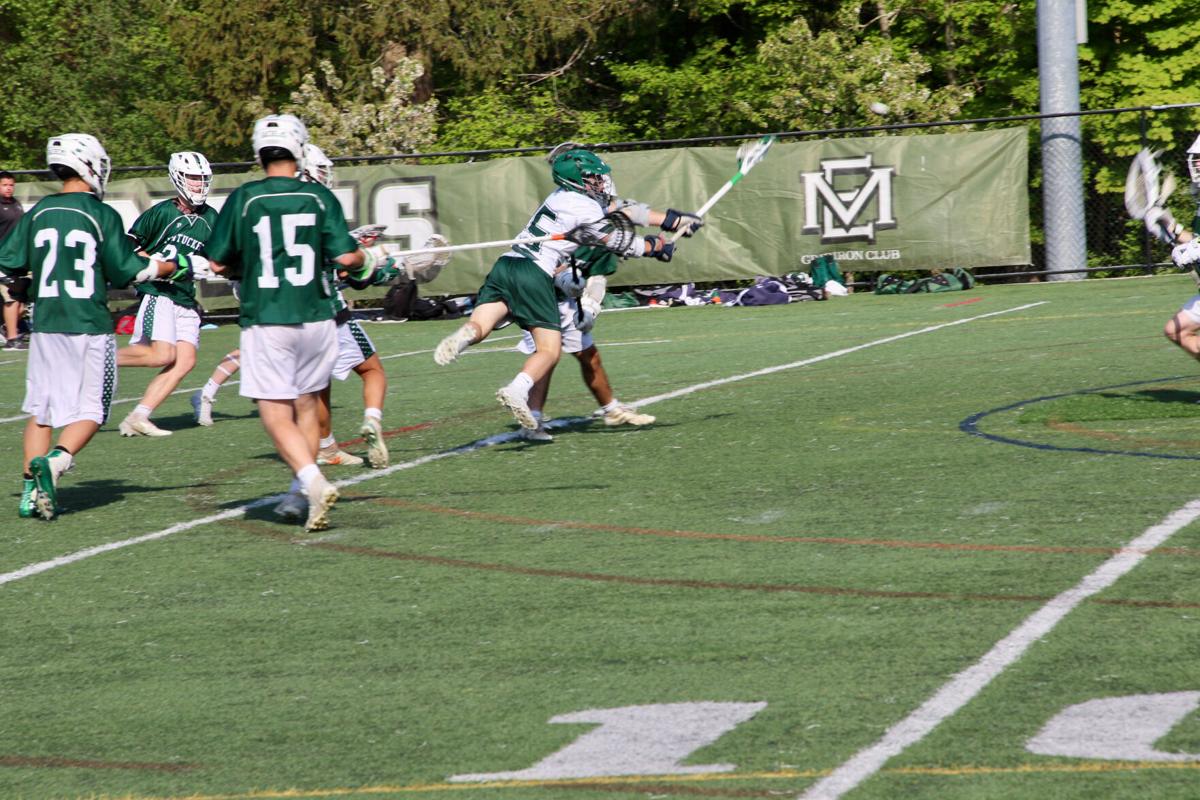 The boys’ lacrosse team hosted Pentucket High School in a Cape Ann League matchup on May 21.  After three quick goals by Pentucket in unsettled situations, the

seem to generate much offense on the day, eventually losing by a final of 14-2. Freshman Henry Thurlow scored his first varsity goal, where senior Oliver Tolo tallied five saves.

The team returns to play on May 26 at Triton High School.

The last official team race of the season was against St John’s Prep on May 18.  According to Coach Leggett “this event was by far the most competitive regatta we have had.  While the meet with Gloucester HS was close, losing in the last race of the best of five series, this was even closer.  On points we were ahead by 3 to 2 after the last race, which we won by a score of 10 points to 11.  But there were three protests in two out of the five races which would have changed the results making it a Manchester win by 3 to 1 or even 4 to 1.”

In the third race, which was lost by a score of 8 to 13, if one of our skippers had succeeded in protesting an SJP skipper, the team would have won the race by placing second, third and fifth, for a score of 10 versus SJP with 11.  If that were the case, the team would have won the regatta by three races to one.  As it turned out, the protest was not upheld, because the SJP skipper had performed a 360 and exonerated himself.  The fifth race was won on finishes, with a 1, 3, 6.  However, there were two protests by SJP against ME in the last race, resulting in a disqualification of an ME boat for a port/starboard incident at the weather mark, and a disqualification of two more ME boats at a Mark 2 trap and mark-rounding.  The ME sailors sailed better than Coach Leggett’s expectation, and won three races on points, before the protest hearings.  Rather than being disappointed by the outcome, Coach Leggett was quite happy with the results.

The group had two more great practices this week in strong winds, and one less so, in light winds.  In the two practices with strong winds, the younger skippers, Ava, Ian and Matthew did extremely well, and showed how much they have learned over the past two months.  In fact, they both beat the number three skipper on the team, a junior, in all five races that were scored.

There were two more days of practice this week, between May 24 and May 26.  At that point, we’ll call the season ended.  Coach Leggett commented “I knew that we were going to have a small and inexperienced team this spring, but it gave me a great chance to work closely with each sailor on the team.  Everyone has progressed dramatically over the past year, especially the ninth and tenth graders.  Perhaps as important as gaining new skills has been the chance to develop confidence in their ability to control the 420s in strong winds. I look forward with confidence to next year’s High School sailing season.”

Sticking With It: ME Lacrosse Teams Look For Strong Finish to 2021

It has not been the easiest of seasons for the local lacrosse teams. Both girls and boys Manchester Essex Regional High School teams are playing for the first time since 2019, then starting their season later than usual due to bumping up against the end of the Fall II sports season.