You are the owner of this article.
Edit Article Add New Article
You have permission to edit this article.
Edit
Home
SUBSCRIPTIONS
News
COVID-19
Out and About
Calendar
Opinion
Homes
Expert Help
Long Ago
Obituaries
Share This
1 of 5 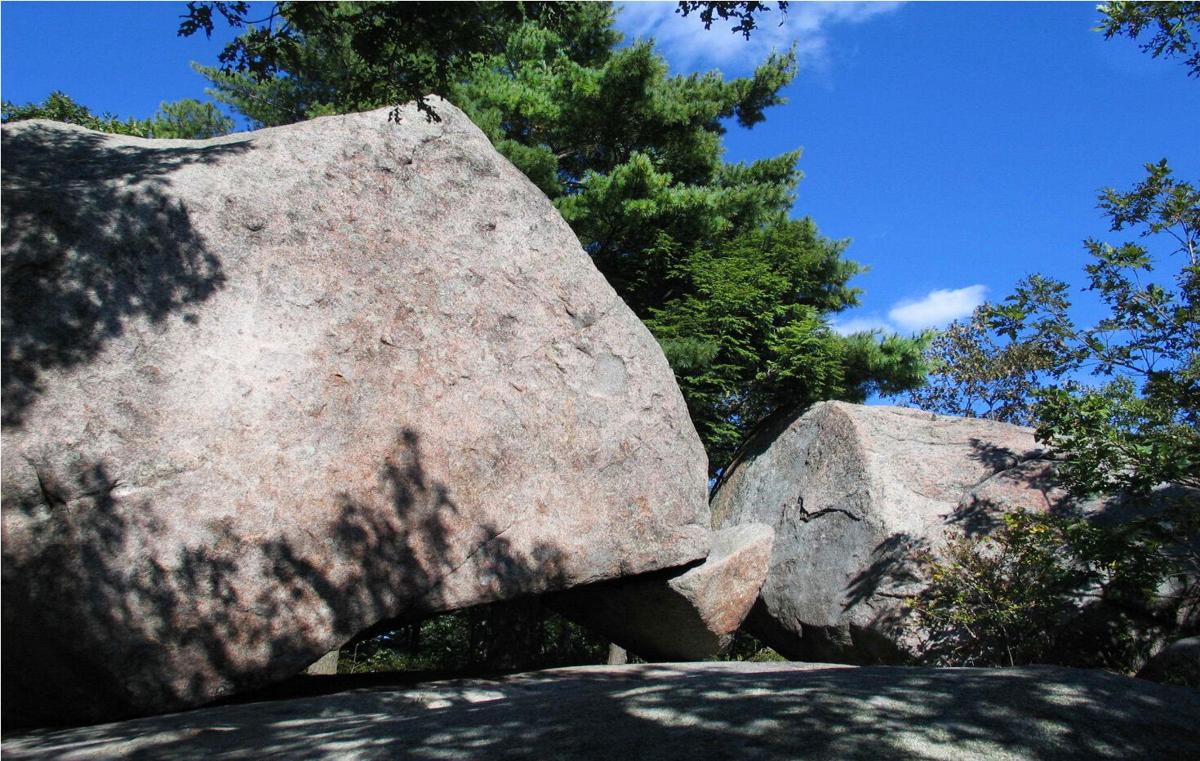 Big Agassiz and Little Agassiz Rocks, in Manchester-by-the-Sea.  The formations were named in 1874 after Agassiz by students at the Essex Institute.  (Photo: Trustees) 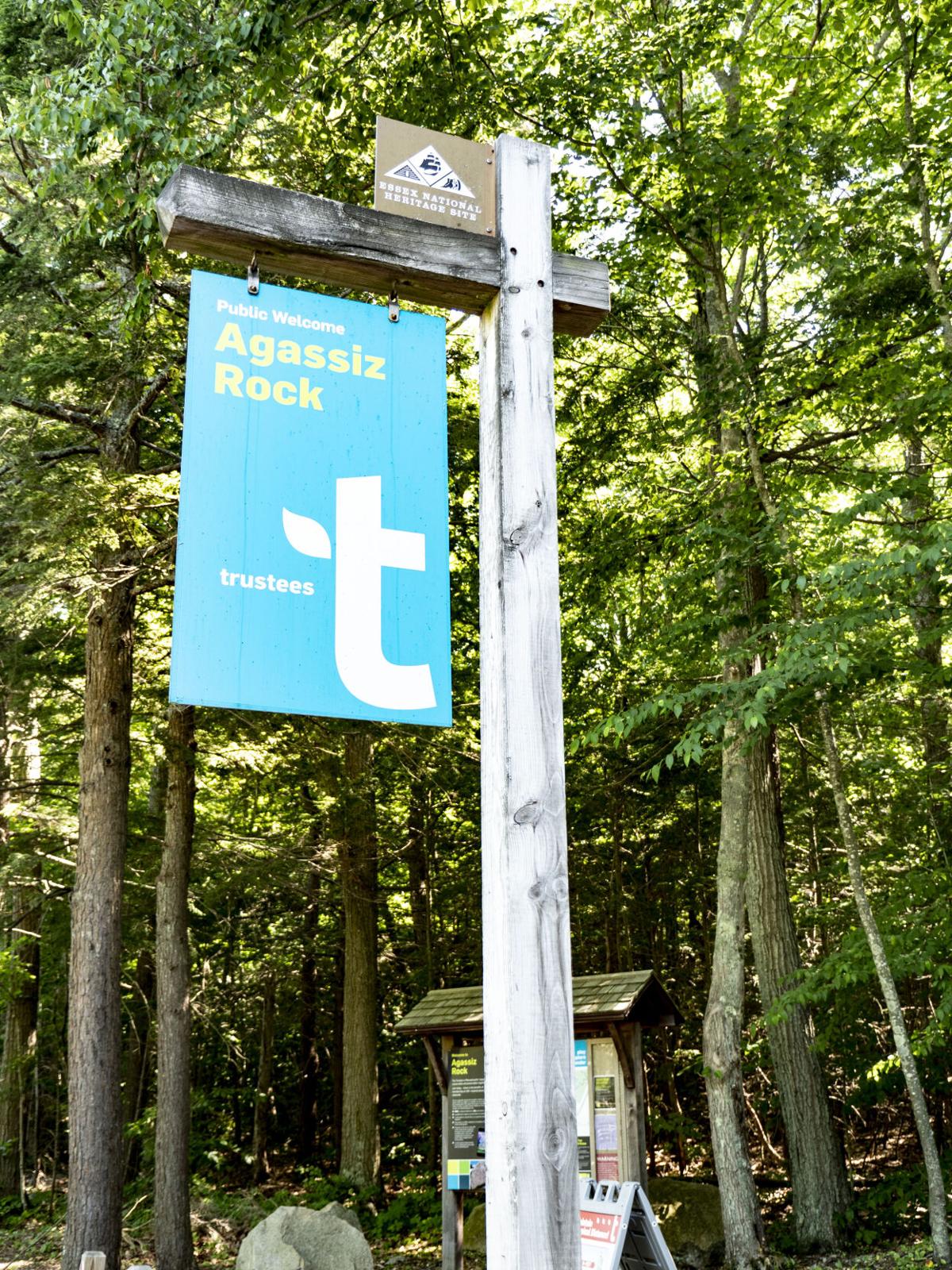 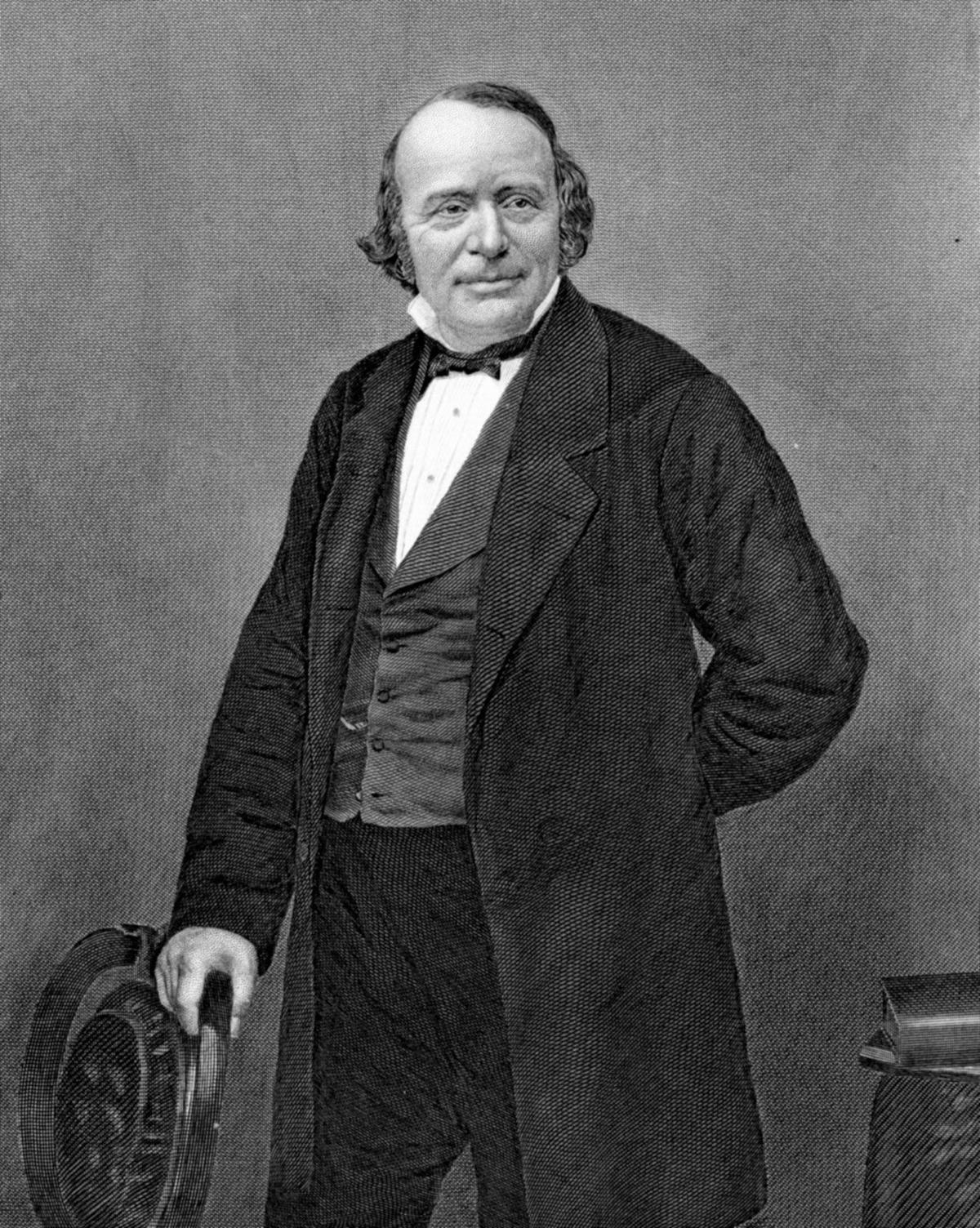 An engraving of Louis Agassiz, circa 1865.  (Photo: Jupiter Pictures) 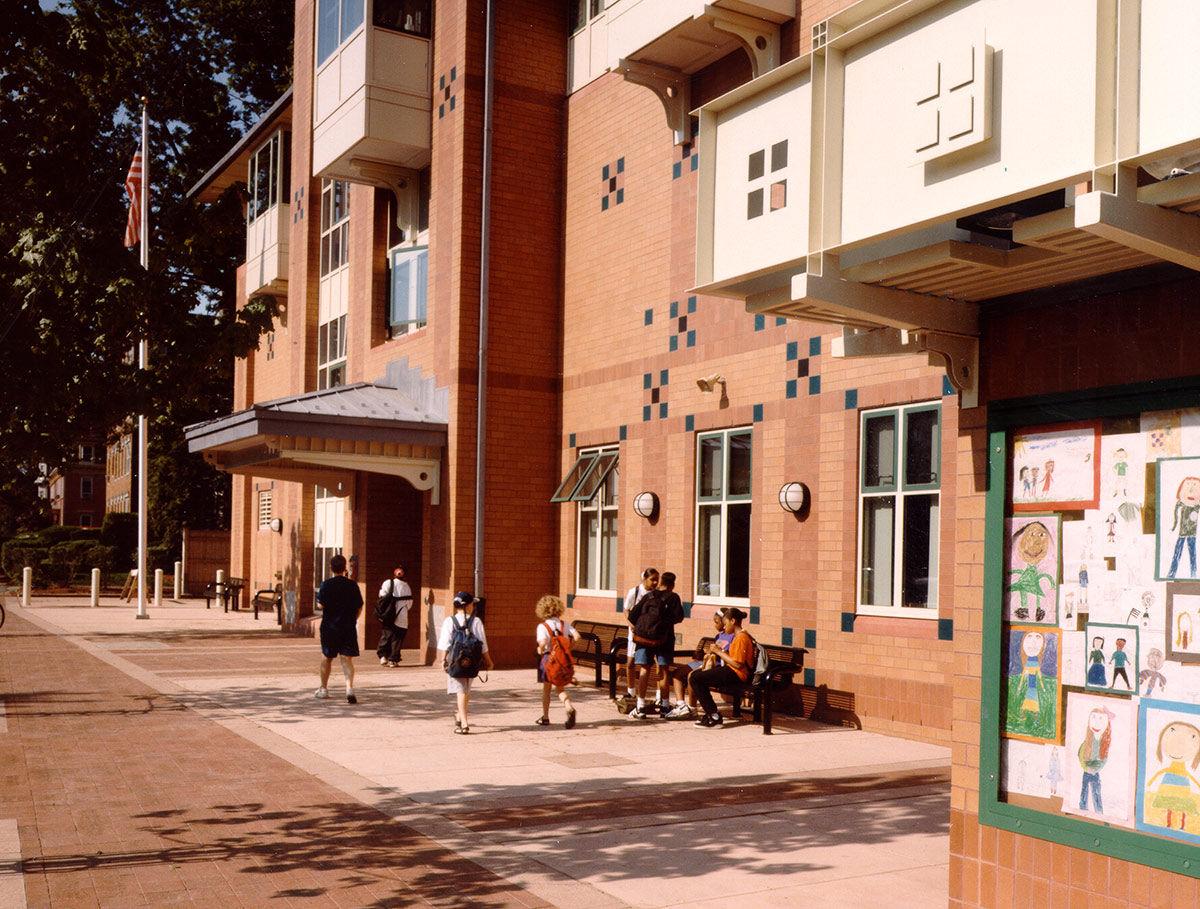 The Agassiz Elementary School in Cambridge changed its name early in 2020 to the "Agassiz Baldwin School".  Two months later, the community moved to drop "Agassiz" altogether. 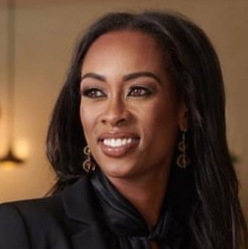 The Trustees this week said it will change the name of Agassiz Rock, the 143-acre Manchester hiking property it has owned since 1957, after increasing public discomfort with the legacy of the property’s namesake.

“We have put a lot of consideration and research into this issue and it’s clear that changing the name is the right move and this is the right time,” said Janelle Woods McNish, managing director of community impact at the Trustees.  McNish confirmed that a working group will not only manage the name change for Agassiz Rock, but will also create a holistic process to review all of the organization’s 120 Massachusetts properties to make sure their histories and names align with its values.

With this move, the Trustees will be the latest in the line of organizations and communities that have been jettisoning the Agassiz name in the last two years.

The property is a cherished and familiar part of Manchester’s outdoor life.  Located up a sloping hill off School Street sits the great granite monolith, “Big Agassiz Rock,” and its smaller companion, “Little Agassiz Rock.”  The spot offers a scenic outlook over wooded lands, across downtown Manchester and as far as the ocean.  On clear days the South Shore of Boston can be seen.  Both rock formations are monuments to glacial disruption of the Ice Age, which Agassiz, a Swiss-born 19th century naturalist and Harvard scholar, is credited with advancing.

But a generic item of business under “Correspondence” on the agenda of the Manchester Board of Selectmen meeting two weeks ago, “Information re: Louis Agassiz” was not about glaciers or the Ice Age.  Instead, it called out the bigger focus of Agassiz’s research as a proponent of the anti-Darwin theory “polygenism” which in part justified slavery as a natural condition on the basis that different races were genetically distinct, with whites at the top.  Further, Agassiz believed, the biblical Genesis creation story was in fact the story of God’s creation of the white race, not all men.

Over his lifetime, Agassiz rose from obscurity as a man in Europe with a deep curiosity for studying and cataloguing animal species to near celebrity status in the US during a time of great public interest in scientific advancement.  Agassiz was a founder of the Harvard’s Museum of Comparative Zoology and worked the paid lecture circuit.  He took a long expedition by boat to Brazil to collect zoology samples including indigenous skulls, bringing along sons of wealthy patrons as research assistants.  He was a prolific writer of articles and books, including, Essay on Classification, The Structure of Animal Life, Geological Sketches, and A Journey in Brazil.  He married Elizabeth Cabot Cary, a Boston Brahmin and a founder of Radcliffe College as his second wife.  Agassiz’s daughter from first marriage, Ida, married one of Boston’s richest men, Henry Lee Higginson, and owned a home on Summer Hill in Manchester.  His other daughter, Pauline Agassiz Shaw, lived on the North Shore and was a philanthropist and social reformer.

Agassiz Rock, which got its name from students at the Essex Institute to honor Agassiz just after he died in 1874, is just one of the many properties managed by the 129-year-old conservation group.

Other Trustees sites familiar to locals include Coolidge Point in Manchester, Ravenswood Park or Halibut Point in Gloucester, Misery Island in Salem Harbor, Long Hill in Beverly, and Crane’s Beach in Ipswich.

This isn’t the first inquiry about Agassiz and his worthiness of civic honor.  But the temperature on these issues has risen around monuments and the naming of university buildings, parks and schools as Black Lives Matter protests have blossomed.  Eli Boling, chairman of the Manchester BOS said before this last meeting the issue of Agassiz’s work has come up from time to time, including two years ago.  McNish, who came to the Trustees in June, said the administration received a “handful” of complaints about a year ago, which prompted research on the nature of Agassiz’s work in geology and polygenism.  Once it was clear and confirmed, she said, it felt like it was “time for action.”

And the Trustees is not alone in acting.  In February, the Cambridge City Council voted to change the name of a neighborhood from “Agassiz” to “Baldwin.”  Similarly, in Chicago, the Agassiz Elementary School is being considered for a name change.  Stanford University is currently weighing the removal of a statue of Agassiz from its grounds.  In Minnesota, the “Agassiz Greenway” is being renamed.  Even the Swiss Alpine Club in Agassiz’ home country is debating whether to posthumously strip Agassiz—one of only two honorary members in the 167-year-old club’s history—of his membership.

Last year, a South Carolina woman sued Harvard and the Peabody Museum of Archaeology and Ethnology for the return of 1850 daguerreotypes (early photographs) which she says are portraits of her male and female slave ancestors.  Agassiz, researching “pure” Africans to catalog characteristics to be registered on an inferiority scale, commissioned the daguerreotypes.  The archive was discovered in Cambridge in the late 1970s and now believed to be the first photographs of American slaves.  The lawsuit is said to be an important move in establishing rights (in this case, of property) among slaves which, if successful, is seen as a link to arguing for reparations today.

Anyone doubting whether Agassiz’s science concluded that whites weren’t simply different but superior to blacks need only look to his own writings.  In one passage, he called blacks a “degraded and degenerate race.”  In A Journey in Brazil, he compared blacks and indigenous people to a monkey and an orangutan, respectively: “… like long-armed monkeys the Negroes are generally slender, with long legs, long arms, and a comparatively short body, while the Indians are short-legged, short-armed, and long-bodied, the trunk being also rather heavy in build.  To continue the comparison, I may say that if the Negro by his bearing recalls the slender, active Hylobates, the Indian is more like the slow, inactive, stout Orang.”

The Trustees’ move to rename Agassiz Rock is, as one might say, right on schedule.  An important goal of the organization’s strategic plan is to invite the next generation—young people—into the fold and ask them to support its mission to preserve for public enjoyment Massachusetts properties with exceptional scenic, historic, or ecological value.  And that means people of all backgrounds.  So, moving into this future with the Agassiz name isn’t an option.

“You can’t change who Agassiz was,” said McNish.  “It doesn’t go away.”

In the coming weeks, the new signage will greet people at the property’s entrance alerting them that a change is coming.  Then, “in the very near future,” said McNish, the organization will conclude its process, and announce the new name of Agassiz Rock.

The Legacy of Louis Agassiz

“You can’t change who Agassiz was,” said Janelle Woods McNish of the Trustees.  “It doesn’t go away.”

Trustees of the Agassiz Rock Hiking Area near Manchester-by-the-Sea consider dropping the Agassi name. Take a quick video tour of the wilderne…

We're Calling This One "The Boys of Summer"

The boys of summer!  Here we see three rows of emerging men with nothing but confidence and … Read more

This shot struck us that some elements of style really are timeless.  The sunglasses! The ta… Read more