$36.00 for 365 days
Get Started
You are the owner of this article.
Edit Article Add New Article
You have permission to edit this article.
Edit
Home
SUBSCRIPTIONS
News
Opinion
Out and About
Homes
Experts
Obituaries
Calendar
Classifieds
Share This
1 of 2 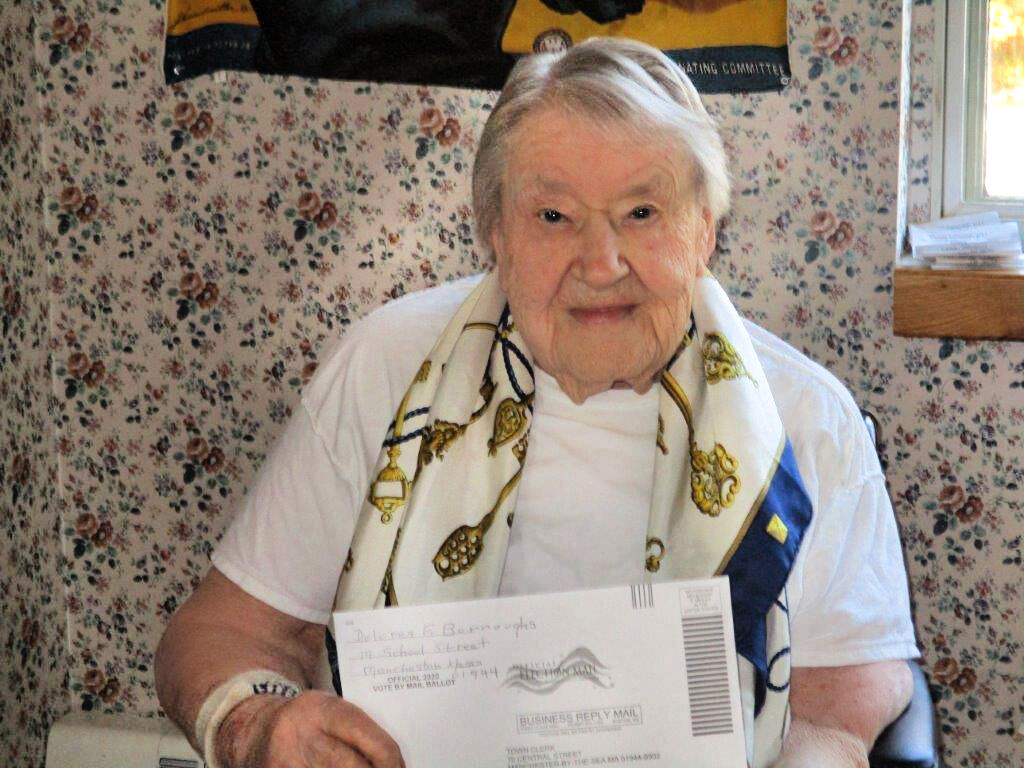 In the month before turning 100 years old, Dolores "Dee" Burroughs shows off her mail-in ballot to vote in the 2020 US Presidential Election. 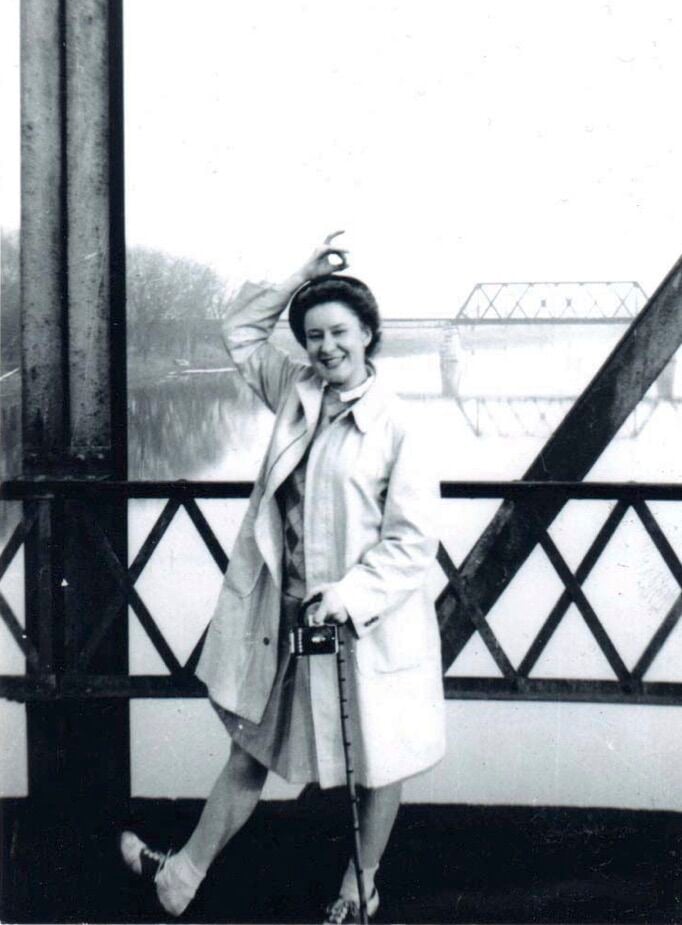 Next week, on Friday, on December 11, Manchester’s oldest living resident, Dolores “Dee” Burroughs, will enter a very special club as a “Centenarian,” when she celebrates her 100th birthday.

Dee moved to Manchester in 1947 with her husband, Bill.  The pair met at Purdue University, where he was an engineering student and she a science student.  (During WWII and after graduating, Dee worked on the Manhattan Project, according to daughter Toby Burroughs.)  They raised their three children on School Street, surrounded by neighbors and lifelong friends.

Dee worked as a Montessori teacher, and with the Manchester Historical Museum.  She and Bill worked hard in the 1960s to lobby to build the Manchester Jr-Sr High School.  For more than a decade, Dee also worked at The Stock Exchange.   Of course, the incredible—and incredibly enduring—tradition of the antique bicycle “float” in Manchester’s 4th of July parade is “signature Burroughs”.

The Burroughs clan today includes four grandchildren, five great grandchildren with another on the way.  Toby reports her mother is “sharp as a tack.”  In fact, last month Dee took great pride in voting by mail-in ballot in the presidential election (see photo, above).  At 97, resident Gordon MacDougall takes great pride (as he should) in holding the Boston Post Golden Cane, as the eldest male resident.  But Dee tops Gordon, for those who are counting.

The Selectmen are planning an official Town Proclamation for Dee.  And from us, Dee Burroughs, a hearty congratulations on achieving this remarkable milestone.  Cheers to you.

The only things typical about this year’s 143rd annual Elder Brethren picnic were the sunny early fall weather and the excellent chowder.  Otherwise, 2020’s event was completely different from the 142 prior.