You are the owner of this article.
Edit Article Add New Article
You have permission to edit this article.
Edit
Home
SUBSCRIPTIONS
News
Opinion
Out and About
Homes
Experts
Obituaries
Calendar
Classifieds
Share This
1 of 3 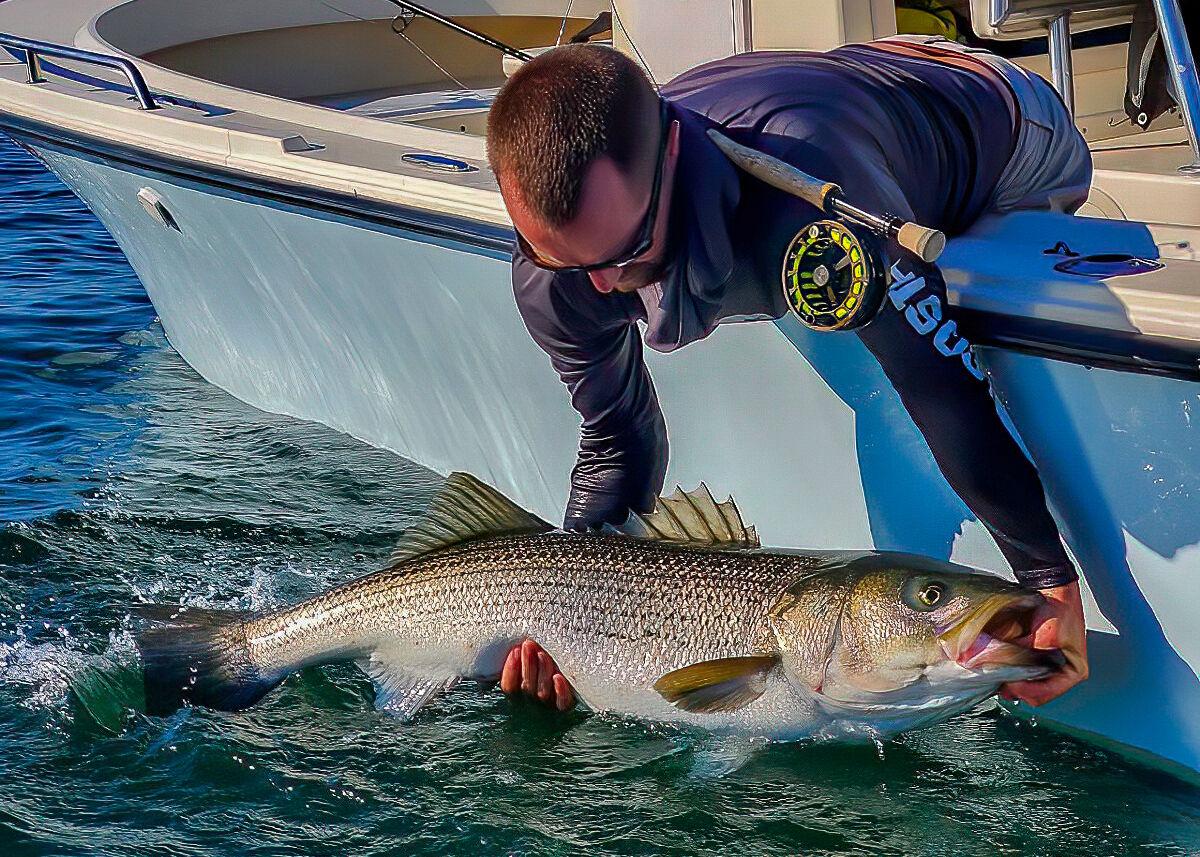 Of such fish dreams are made.  Matt Zimmerman cradles this 48-incher caught this summer on a fly rod near Marblehead just before its safe release.  This female was likely 17 years old with the potential to produce over 3 million eggs annually.  Only commercial fishermen can legally keep female breeders of this size, or any other fish over 35 inches.  (Photo courtesy of Brian Coombs) 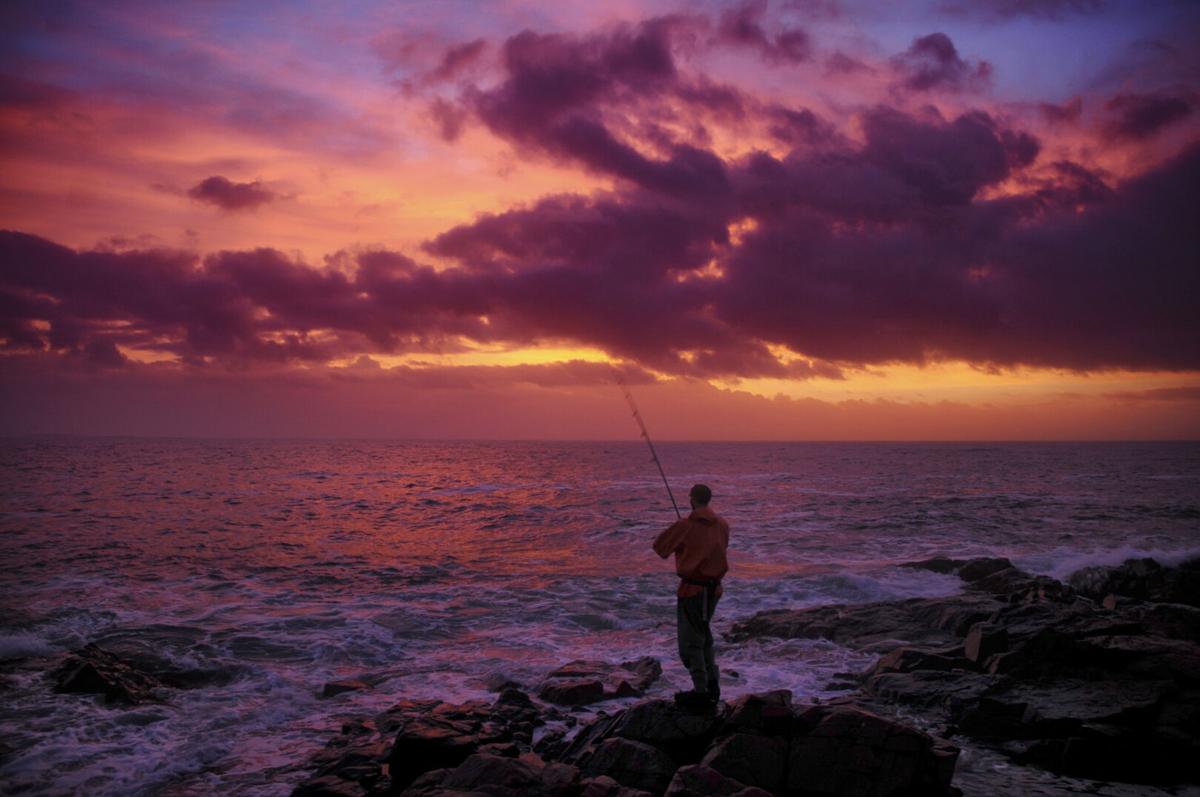 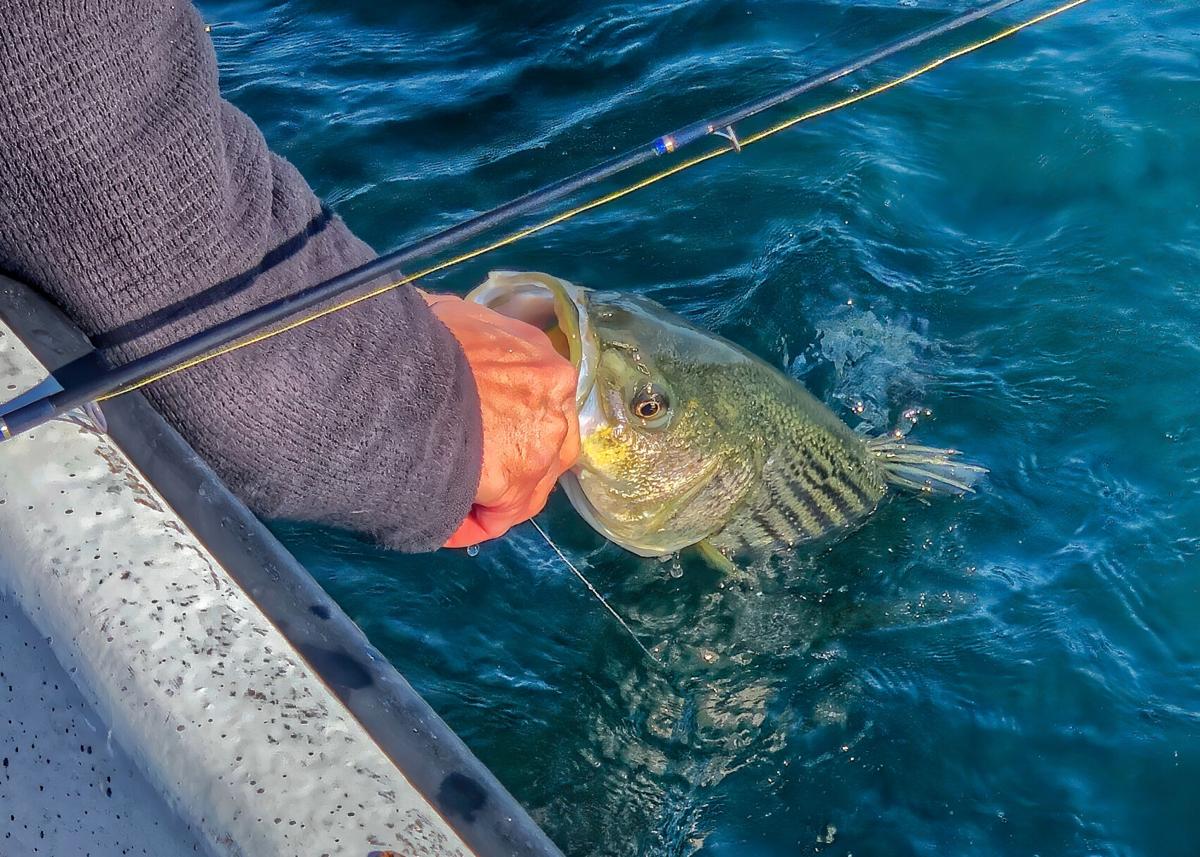 This angler knows how to handle a striper with respect and avoid unintended harm to the fish. (Courtesy of Skip Montello) 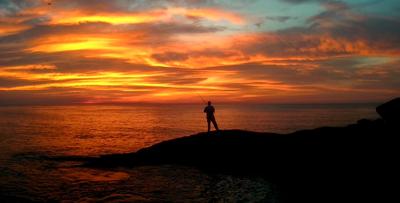 AS THE CHILL OF NOVEMBER settles in, we can officially close the books on the 2020 striper season.  Local water temperatures have fallen below 55 degrees and virtually all of the stripers that migrate to Cape Ann waters from Chesapeake Bay, Delaware Bay, and the Hudson River each spring are on their way south to warmer waters.

Most fishermen I spoke with thought fishing around Cape Ann was pretty good through much of October.  Here in Manchester, I caught my last striper of the year—a 22-incher—in House Island Channel on October 23.  One late-season striper report came from an unexpected source.  Manchester resident and year-round ocean swimmer Martha Wood, who swims along Singing Beach, reported seeing more stripers in early October than any year in recent memory.  Quite a number were easily over 40 inches, she told me.

Back at the beginning of the season I published an article sharing the views of some of the area’s fishing guides on the health of our striper fishery and summarizing new regulations from the Massachusetts Department of Marine Fisheries (DMF).  A new keeper “slot limit” (28 to 35 inches) and a circle hook requirement were instituted for recreational fishermen, and a 35-inch minimum and a reduced quota (from 2019) for commercial fishermen.  The larger the female striper (and pretty much all stripers over 30 inches are female) the more eggs she produces.  The new regulations were intended to protect a fishery showing signs of decline by lowering the mortality rate of these large breeding females.

With the 2020 season in the rear-view mirror, I thought it would be interesting to debrief some of the fishing guides about how the season played out and loop back to my sources at the DMF for some perspective on the state of the striper fishery.

Dave Rimmer, a wildlife biologist who has guided light tackle and fly fishing trips in the Merrimack, Plum Island Sound, and Ipswich Bay for  several decades, told me the 2020 season was a continuation of the trend of decreasing numbers of fish, especially in the four to eight year-old (25 – 35-inch) classes.  There were plenty of two to four-year-old fish in the 12 – 24-inch range, but big fish were not as abundant as in past years.  And what about the impact of the new slot limit?  “That’s hard to evaluate, but I do believe it suppressed the recreational harvest.  I also know some charter boat captains released many fish over 35 inches, which is exactly the intent of the new regulation.  Let’s hope most of those big females survived and escaped the commercial fishery so they can spawn again many times.”

But charter boats only account for about two or three percent of the striper landings in Massachusetts each year.  So, does the reduced haul really make much of a difference?  What I didn’t realize from my earlier reporting was that Massachusetts is the biggest striper fishery on the East Coast most years.  According to Mike Armstrong, Assistant Director of Mass DMF, our charter boat landings alone exceed the average annual landings for the entire state of Delaware!

Skip Montello, a catch-and-release guide from Rockport who has fished Cape Ann waters for decades, thinks the new slot limit helped spare many large females that would have normally been kept by recreational anglers.  Skip told me commercial anglers only achieved a little over 50 percent of their quota, which was already reduced by 18 percent from 2019, and he sees that as a major red flag.  Retired guide Brian O’Connor, who has fished these waters for over 30 years, agrees.  Those commercial fishermen are good at what they do, Brian told me.  Their inability to come anywhere near achieving quota “tells me that there’s obviously a problem with the fishery.  There just aren’t that many of the big breeder fish available to catch.”

Matt Zimmerman of Beverly is an experienced fisherman who began working as a guide in the Salem Sound just this summer.  “The spring started off hot,” he told me.  “Every morning birds and fish would be all over from Marblehead to Manchester.  Feedings lasted hours with healthy 18 – 26-inch fish, through mid-June.  Soon after, we had a wave of monster fish push into our waters.  We caught and released about 100 fish over 40 inches, but very few "keepers" (in the slot).  Under a dozen all summer.”

Environmental factors had a major impact on fishing this summer.  Notably, we experienced record ocean temperatures.  On August 14 marine scientists recorded the highest ever average single-day temperature of 69.85F degrees for the Gulf of Maine, capping an upward trend over the last decade.  Warming ocean temperatures are likely to drive stripers to deeper waters and change their migratory patterns, along with those of the bait fish, like menhaden (aka, bunker or pogy), they feed on.

The most discouraging news on the environmental front came from a recent report from the Maryland Department of Natural Resources, which tracks the abundance of first-year stripers in the Chesapeake each year.  Approximately 70 percent of the stripers we catch up here are spawned in the freshwater estuaries of the Chesapeake.  Fishery biologists refer to the percentage of fry that survive their first year as “recruitment” (i.e., they are officially “recruited” into the fishery and able to migrate.)  The last good year for recruitment was 2015, and those are the 23 to 26-inch fish were catching up here now.  The problem is that for three of the last five years, including and especially 2020, recruitment has been extremely low.

I asked Mike Armstrong what was going on down there. “It’s 100 percent environmental factors.  Water flow is a big issue. Oxygen level is an issue.  And they had the coldest spring they’ve ever had down there.  That’s the thing about climate change.  Everything is so variable. The highest highs, the lowest lows.”

We need to understand that our subjective appraisal of any given fishing season is a lagging indicator of the health of the striped bass fishery.  For those of us who keep any stripers or cause their mortality during the catch-and-release process, we are quite literally “taking stock” from a fishery under threat of collapse.  And yet, while fishermen and even fisheries management professionals, focus on the output of the fishery, the biggest threat may be the input.

What if Chesapeake Bay becomes inhospitable to spawning stripers and we enter an extended period of poor recruitment?  Bill Hoffman, senior marine biologist for the DMF, told me, “We can turn all the knobs we want with fishery management regulations, but environmental factors are the biggest predictors of recruitment and success for the future of this fishery.”

In Ernest Hemingway’s novel The Sun Also Rises, one of the leading characters is asked how he went bankrupt, and he famously responds, “Gradually and then suddenly.”  Let’s hope that’s not a metaphor for our striped bass fishery.

We need to understand that our subjective appraisal of any given fishing season is a lagging indicator of the health of the striped bass fishery.

Like a string of pearls stretching from Lobster Cove to Marblehead Rock just east of Marblehead Harbor, 11 individual acoustic receivers set the perimeter of a 29-receiver array placed throughout Salem Sound by the Massachusetts Department of Fisheries (Mass DMF) as part of a groundbreaking scientific study of striped bass.  Over the last month, scientists in Mass DMF boats have set in place orange lobster buoys with acoustic receivers for a study to better understand the mortality of the striped bass released by fishermen.