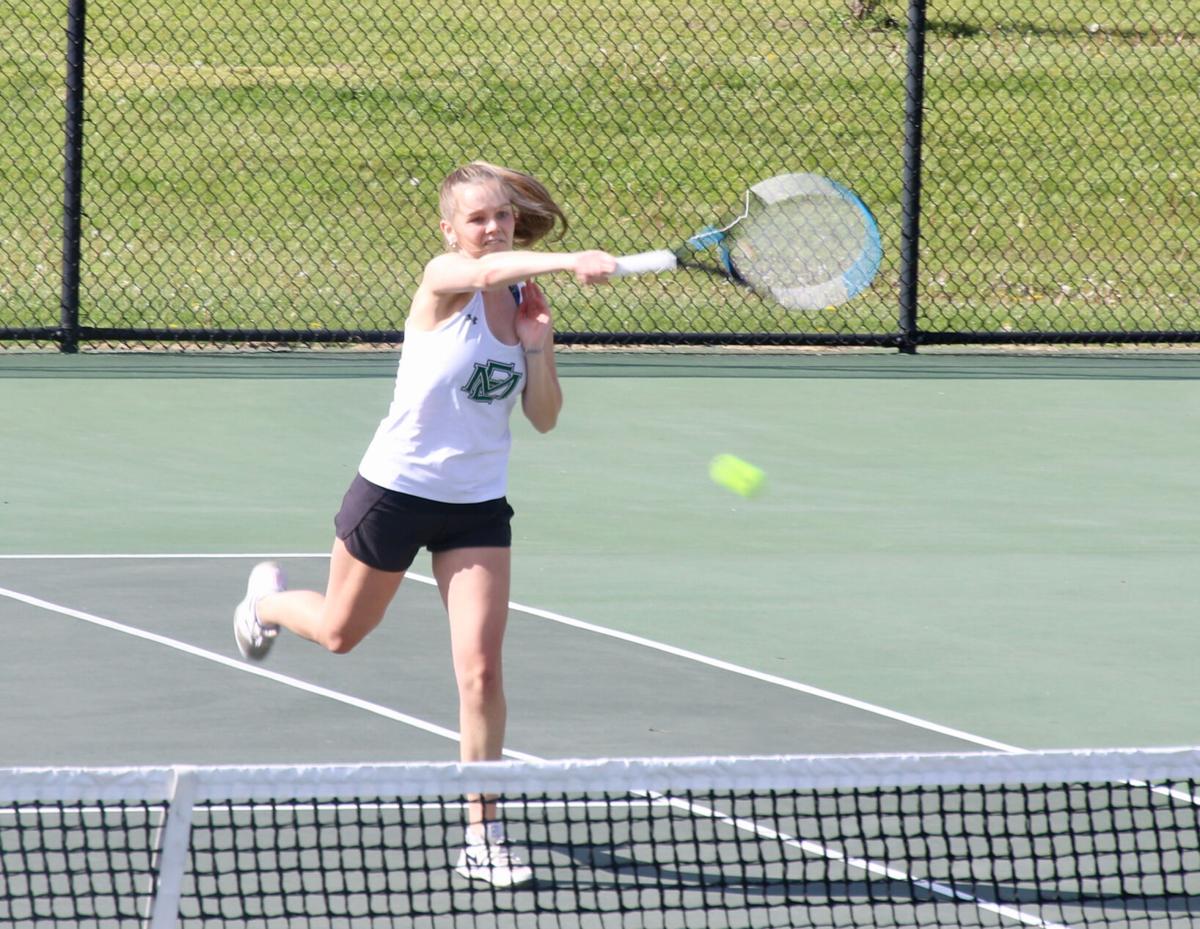 ME Hornet, number 1 singles player, Stephanie Pratt returns a volley from her Amesbury opponent during Wednesday’s match at home. The girls team snatched their 3rd shut-out of the season and are 4-1 at press time. 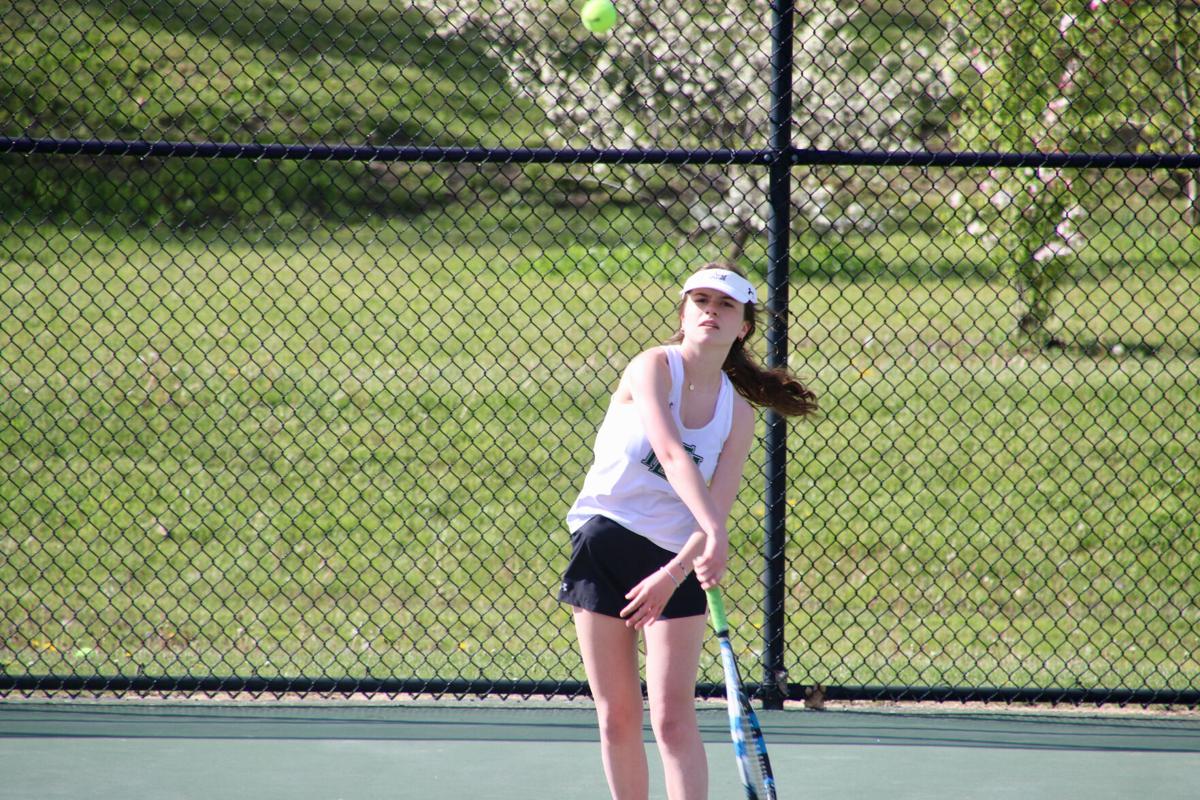 Lady Hornet, Jessie Miller, number 2 singles, keeps her eye on the ball as she serves one up to ME’s challenger last week. ME shut out Amesbury 5-0 for the win.

ME Hornet, number 1 singles player, Stephanie Pratt returns a volley from her Amesbury opponent during Wednesday’s match at home. The girls team snatched their 3rd shut-out of the season and are 4-1 at press time.

Lady Hornet, Jessie Miller, number 2 singles, keeps her eye on the ball as she serves one up to ME’s challenger last week. ME shut out Amesbury 5-0 for the win.

The Manchester Essex High School girls’ tennis team hasn’t played a regular season game since 2019, but this group hasn’t missed a beat with a 4-1 start to the season, their lone loss a close, 3-2 defeat at the hands of a talented Newburyport squad.

“I feel like the first five matches have been an almost perfect way to ease into the season, especially for the older girls, after having not played for almost two years,” explains Manchester Essex girls tennis coach John Driscoll. “They’ve been able to gradually get their bearings and get a feel for their games, playing a variety of opponents.”

The top two spots in the lineup are filled with senior captains Stephanie Pratt (first singles) and Jessie Miller (second singles). Senior Lilly Coote is the starter at third singles, while juniors Parker Brooks and Gracie Susko are in at first doubles, and senior Emma Francoeur and sophomore Emery Weber-Provost are the duo in place for second doubles. The varsity bench is made up of senior Emily Schuh, along with sophomores Vanessa Gregory and Sophie Zalosh, while two freshmen on the junior varsity squad – Grayson and Sienna Crocker – could spend time at the varsity level later this season.

“It’s certainly been a bit of an adjustment for most of the seniors and juniors,” Driscoll says of the team playing for the first time since 2019. “When the seniors were freshmen, they won the state championship; as sophomores, they made it to the state finals; and as juniors, they were part of a team that was highly favored to win the states – until the season was cancelled because of the epidemic. So, there is a bit of a sense that they have some big shoes to fill. In addition, there is also the challenge of establishing team chemistry after not only having been idle as a team for two years but also having been in a hybrid school environment for most of the year.”

This is a gritty group that “knows how to flip the switch,” according to their coach. The Hornets captains are Pratt and Miller, while fellow senior Francoeur is also an important team leader.

“On the bus ride back from tonight’s match against Newburyport, I asked them where they want to see improvement by the end of the season, and their answer was, ‘confidence,’” explains Driscoll. “I have no doubt whatsoever that they will see that improvement. The mental game is something that I try to focus on at every practice.”