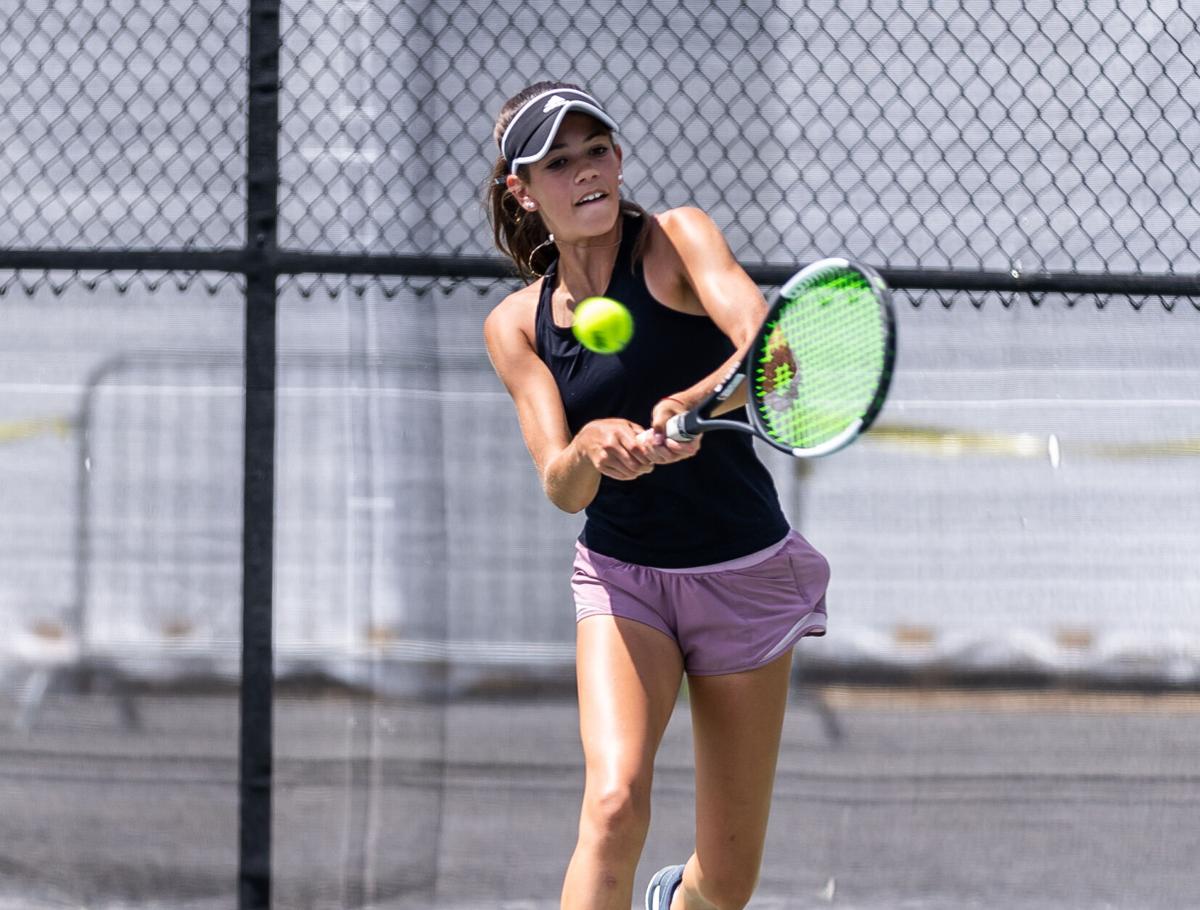 Marblehead resident Georgia Kulevich took the top spot in the Girls 14 division. Kulevich trains full time at the MAC and the LUVE in Marblehead. 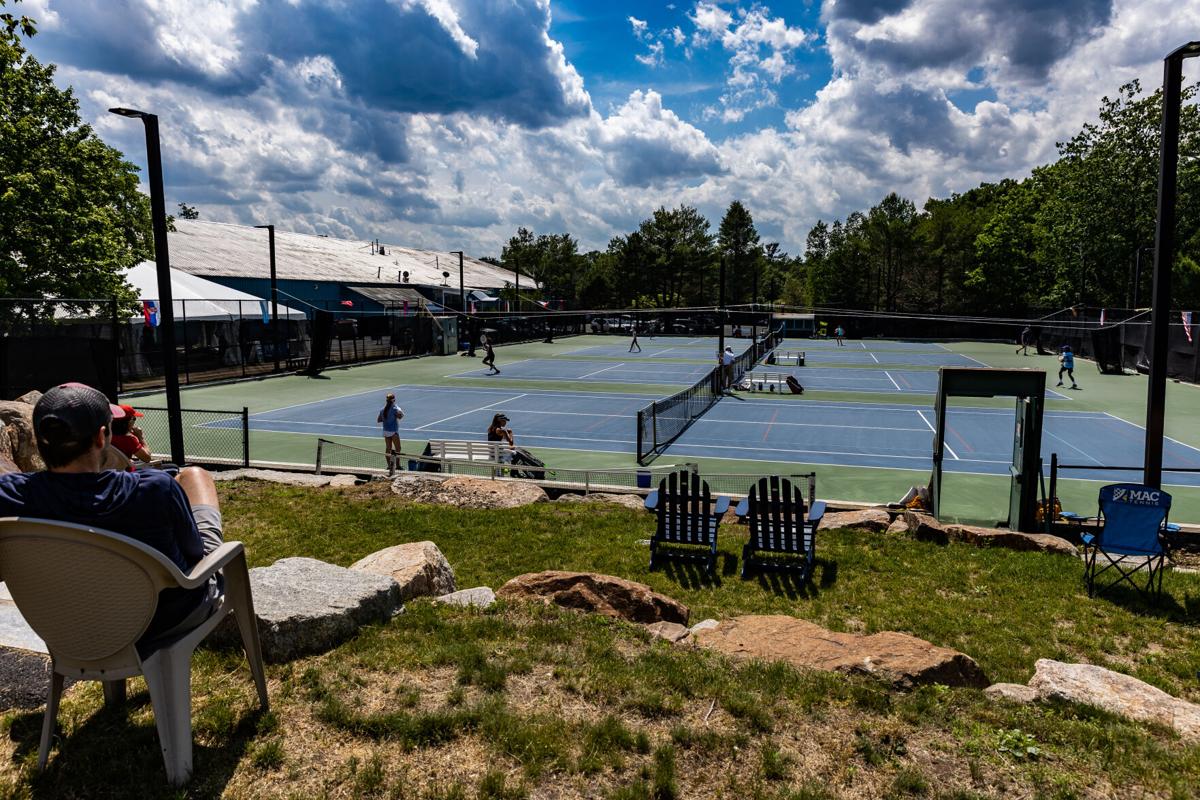 Marblehead resident Georgia Kulevich took the top spot in the Girls 14 division. Kulevich trains full time at the MAC and the LUVE in Marblehead.

Some of the best young talent in tennis had the opportunity to shine in front of fans, coaches and family in Manchester earlier this week.

The Manchester Athletic Club (MAC) was host to the New England Junior Sectional Tennis Championships from June 19-22, an event that showcases these young athletes, and pits them against some of the top talent in their age groups.

“The New England Junior Sectional Championships is our most prestigious tournament of the year,” explains James Maimonis, Manager of Media and Communications for the U.S. Tennis Association of New England, the organization behind the competition.  “Our juniors work all year for the opportunity to match up against the best players in New England. Many of the players competing will continue their tennis careers in college, and this event—mostly in the 18-and-under and 16-and-under divisions—is an opportunity to play in front of college coaches. Sectionals were canceled last year due to the pandemic, but thanks to the hard work and dedication of our competitive tennis department, we were able to make the event happen once again for our players.”

This is the first time that the sectionals have taken place at the MAC, with the event traditionally being held on various, local college campuses in the years before the pandemic put a stop to all sports activity in 2020.

“USTA New England and the MAC have a great relationship,” says Maimonis.  “They have a knowledgeable and experienced staff and a first-class facility, and they've hosted a number of USTA tournaments in the past and will continue to do so. We know a tournament is in good hands when it's run at the MAC.”

“We are proud to partner with USTA New England to host its biggest sectional event in this age group,” says MAC Tennis Academy Director Francisco Montoya.  “Being able to provide an incredible experience from the facilities and community sides is an important steppingstone for the players to love competition and shoot for very high goals.”

Out of the 64 players who participated in the tournament, 10 train at the MAC during the year. This group includes Shelley Tang and Diya Pachamuthu of Lexington, Jacob Pletka and Kailash Chari of Andover, Edward Roake and Ernest Lai of Winchester, Georgia Kulevich (Marblehead), Lía Swire (Sudbury), Kaden Chen (Framingham) and Agassi Rusher (Hampton NH).

The hopefuls who competed in Manchester earlier this week were in the 14-and-under age group, many of whom spend their weekends in other tournaments in the region, with each victory helping them to rank in the top 32 in New England and qualify for the sectionals.  The format of the tournament is similar to others of its ilk: single-elimination format, best two-out-of-three sets, singles brackets for boys and girls, with each bracket boasting 32 players.

“Most of the players were selected based on their USTA Ranking and a few players were chosen as wild cards,” says Maimonis.  “The top junior players in New England compete in this tournament every year.  They have worked incredibly hard throughout their young careers to reach this point.  There is no qualifying tournament, per se, for Sectionals—the selection process is essentially based on how the players have fared in USTA tournaments over the past year.”

Both Montoya and Maimonis state that while the tournament went smoothly, the lingering shadow of COVID required some slight changes to the planning and implementation of the tournament in 2021.  It’s important to note that once the tournament started, everyone involved remained healthy and the weather cooperated for the most part.

“We had some challenges when planning because we were unsure when local COVID-19 restrictions - including capacity limits - would be lifted,” says Maimonis.  “The most important thing for us was to get this tournament to be played safely for our juniors. For the first time, we played the tournament at four locations instead of one to ensure the safety of our players, parents, fans, officials and everyone else involved.”

With a successful tournament now in the books, both organizations are looking to continue to work together to host similar events in the future.

“The event has been going on for over 50 years, and we are hopeful that our continuous strive to improve our facilities will facilitate for it to take place here again,” says Montoya.

“I cannot speak on the future of the Sectional Championships, as we haven't planned yet for next year's tournament, however the MAC will continue to host a number of other USTA tournaments throughout 2021 and beyond,” says Maimonis.