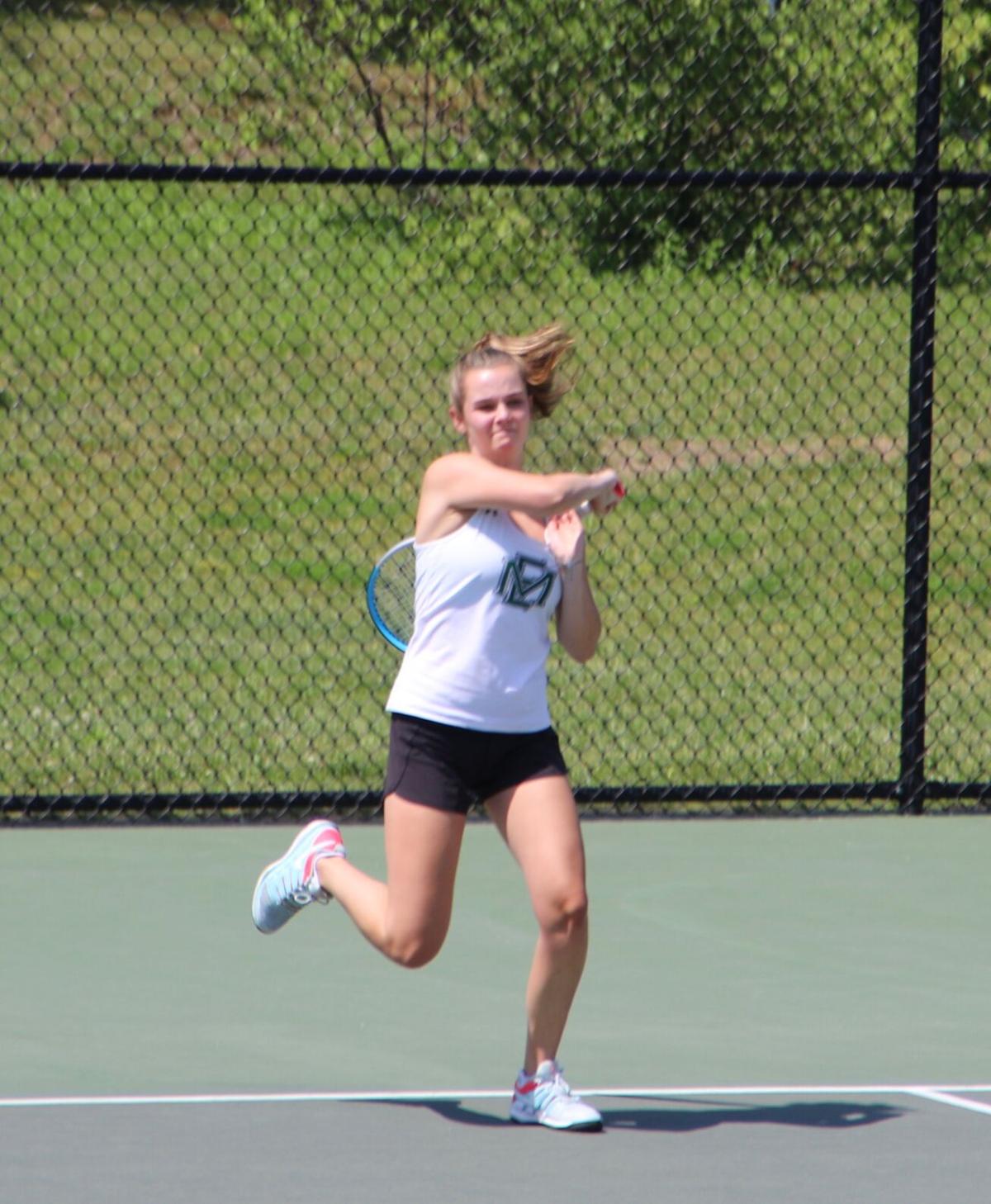 ME Hornet Stephanie Pratt returns a shot to her opponent in an earlier match at home. The Lady Hornets are poised to play State Finals after press time, but we will have the outcome on the Cricket’s FB page. The tennis coach said, “We’ve never lost a match in which Stephanie’s won”. 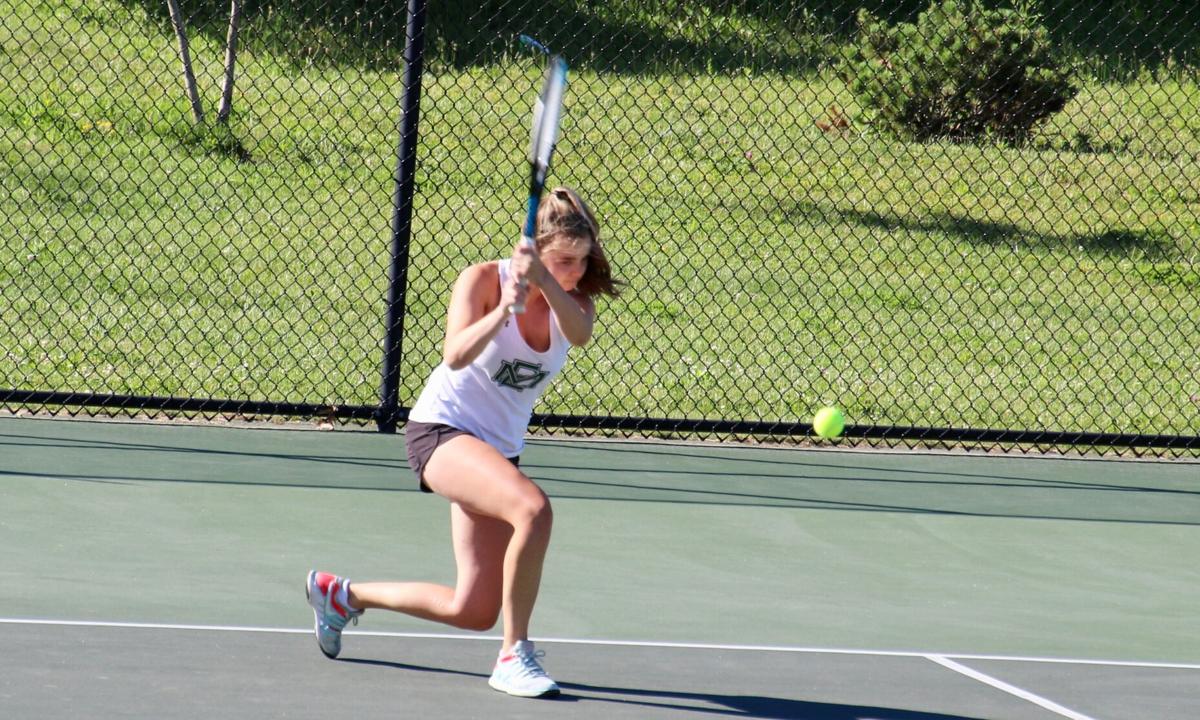 The Manchester Essex Regional High School girls tennis team came close, but couldn’t overcome the toughest opponent the Hornets have faced in all of 2021.

Manchester Essex lost, 4-1, to Advanced Math and Science Academy (AMSA) from Marlboro on June 30 in the Div. 3 MIAA State Finals. It was the first loss of the season for the Hornets since they fell by a 3-2 score to Newburyport during the regular season, and the only other loss of the season for a squad that delivered beyond all expectations this spring.

“There were so many matches where we had the overall match on the line, and we had different doubles and singles players come up and win a clutch point for us,” explains girls tennis coach John Driscoll. “We had several occasions where at second doubles we were down a set and came back, and won in three sets to clinch the point for us.”

There was a point where it looked like that scenario could have played out during the State Finals on Wednesday as well. Vanessa Gregory and Emily Weber-Provost won at second doubles – the pair remained undefeated throughout the tournament – and Stephanie Pratt and Lily Coote pushed their matches to third sets at first and third singles, respectively. The two singles players weren’t able to win the tiebreakers, however, giving AMSA the win and the state title, and ending the season for the Hornets.

“It’s not going down easy, this loss,” says Driscoll. “They had so much grit and determination and fire and competitiveness all season long. They just invested so much emotionally that its hard to take this loss right now. The chemistry of this team is so good that I think they’re helping each other out and picking each other up.”

While the loss was a tough one for the Hornets to swallow, it doesn’t take away from all this team accomplished in 2021. Manchester Essex went 12-1 during the regular season, won the MIAA Div. III North title and made it to the state finals after not playing at all last spring due to COVID.

“The only time this group genuinely surprised me was when I saw them come out and win the first match of the season, 5-0,” says Driscoll. “Then, I realized, ‘We have something here.’ They took it to the next level week-in, and week-out after that.”

While the team loses its three singles players – Pratt, Coote and second singles player Jessie Miller- along with Emma Francoeur (a senior who played at second doubles for much of the regular season) to graduation, the four players who excelled at doubles during this postseason run will be back, including the first doubles pairing of Parker Brooks and Gracie Susko, along with Gregory and Weber-Provost.

“That number one doubles team will most likely step in as our captains,” says Driscoll. “They’re a natural fit as a co-captain group.”

“That number one doubles team will most likely step in as our captains,” says Driscoll. “They’re a natural fit as a co-captain group.”

ME girls tennis’ win last week propelled the team to the state finals, while girls LAX finished the regular season 7-4 under coach Nan Gorton and reached the Div. 2 North finals.