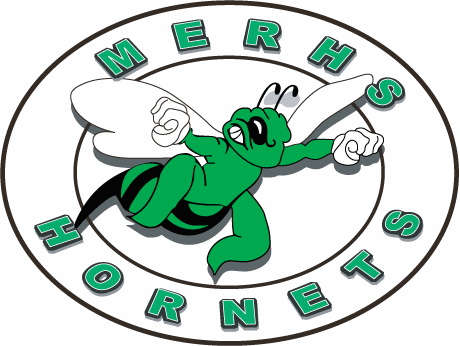 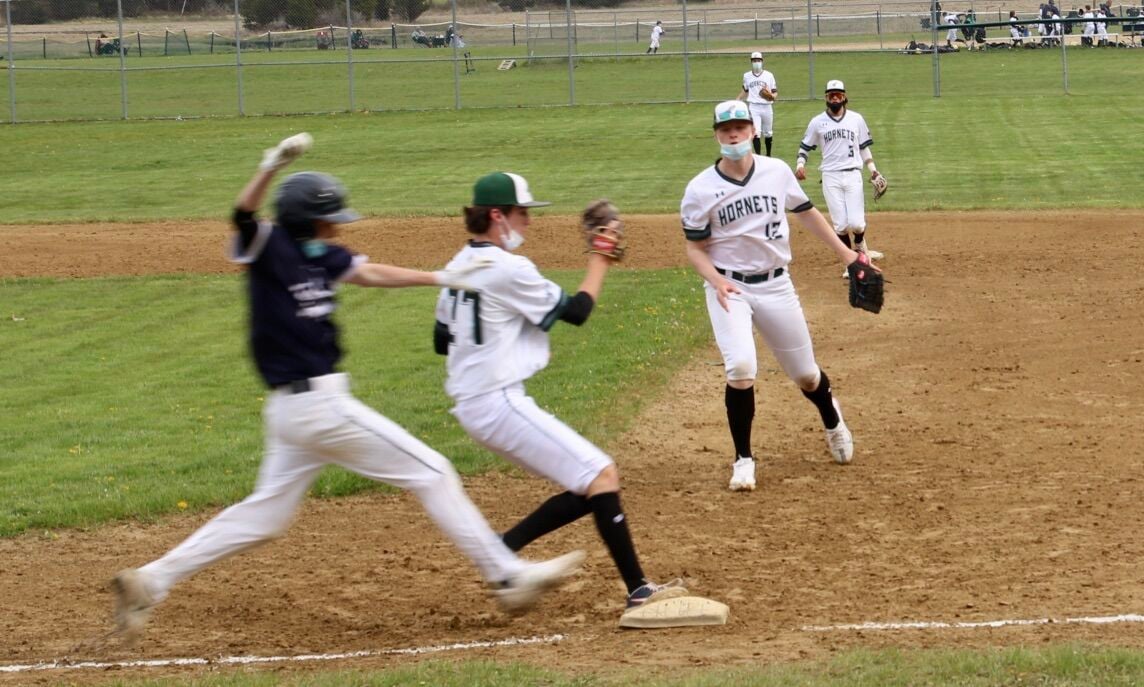 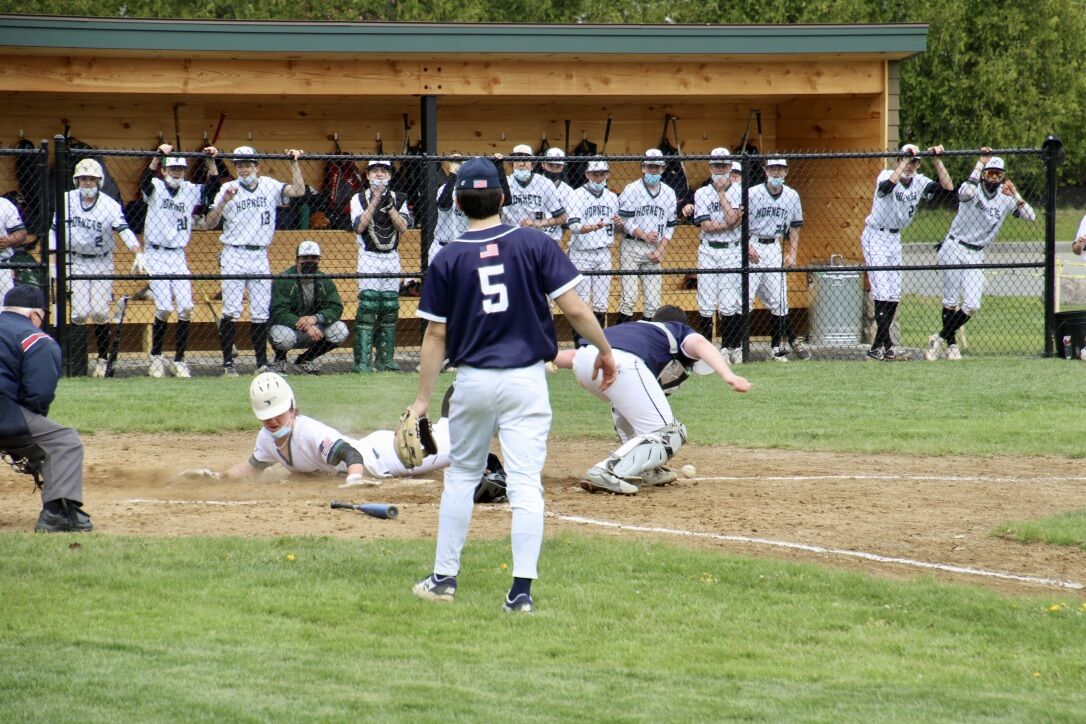 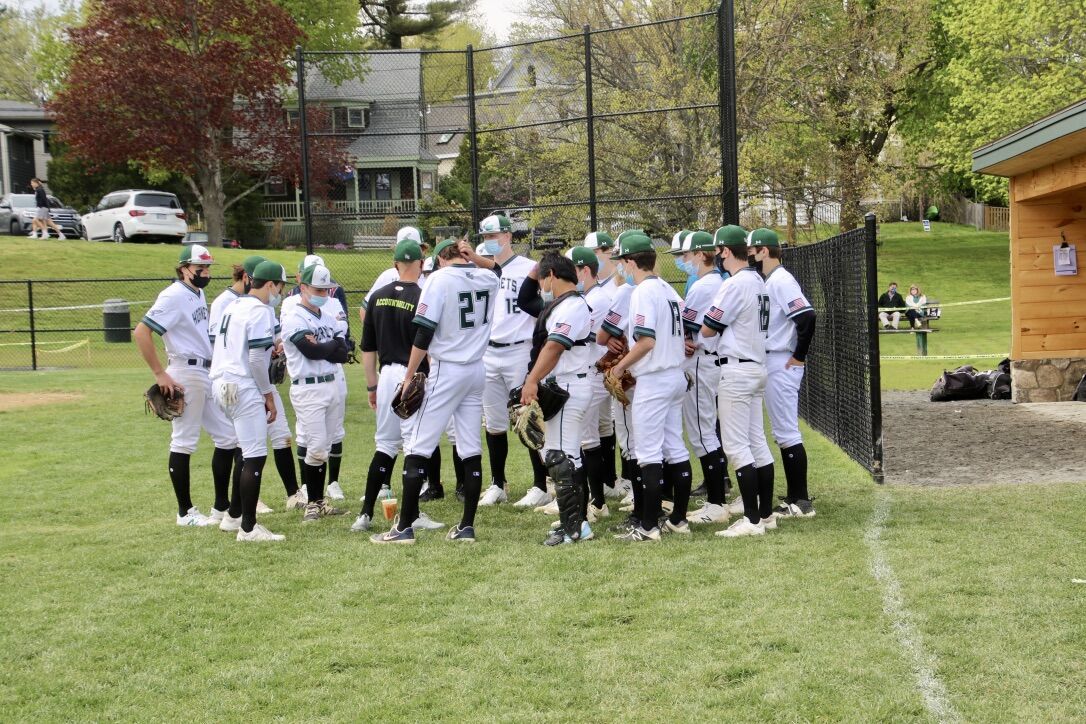 The girls’ varsity lacrosse team fell just short of defeating Ipswich HS when they lost 9-8, on Friday May 7th in Ipswich.  In the past, this match-up has always proved to be a battle, and this game was no different. Leading scorers for ME were Gianna Huet with five goals, Lily Athanas with two and Emma Fitzgerald with one.  Bradlee Brooks played a terrific game in her debut between the pipes! The defense was led by Grace Gist (senior), along with Amelia Donnellan (junior), Wrede Charlton (junior), Hadley Levendusky (sophomore), Ceci Mastendino (junior) and Gabbi D’Andrea (freshman). In mid-field, ME saw great performances from Lily Athanas (senior), Mechi O’Neil (freshman) and Ella Chafe (freshman).  And fighting hard to the net were attackers Gianna Huet (senior), Sophia Bartlett (senior), Faith Burroughs (senior), Emma Fitzgerald (junior), Paige Garlitz (sophomore), Amy Vytopilova (sophomore), and Meyer Gist (freshman).  The teams were tied until 34 seconds left in the game when Ipswich was able to find the back of the net.  In the end, Ipswich came out with the win, however, Coach Gorton believes her team was given a gift, because now the players will be that much more determined to up their game by the last game of the season, where they will face Ipswich again on their own field, in front of their own cheering fans. So much more exciting lacrosse to come!

The boys’ varsity lacrosse team hosted the Tigers from Ipswich HS in their first regular season game Friday afternoon, May 7th.  Early turnovers on both teams created lots of

transition opportunities at the midfield, and called for big plays on the defensive sides. Midway through the first, Eli Hammett dodged to the middle of the field and scored, to put the Hornets

on the scoreboard. Tied at one after the first quarter, Ipswich gained some momentum and scored five unanswered goals in the second, which extended their lead to 6-2 at the half.

Hornets Senior Midfielder Hawk Hamor lead the scoring for Manchester- Essex with two goals. Despite his hot hand, the Ipswich goaltender made some big stops at crucial times

and kept the Tigers in the game, as well as the lead. On the other end, Hornets Junior goaltender Hayden Brady tallied 10 saves in his first start of the season. Junior Andrew Amigo

also helped lead the defense for the Hornets with numerous caused turnovers. Ipswich continued to dominate in the second half, making three key man-down defensive stops, and

returning the favor on the offensive side netting five more goals en route to a 11-3 win on the road. Manchester-Essex falls to 0-1 on the year.

The girls’ varsity and junior varsity tennis teams kicked off their 2021 season with a resounding win over Ipswich last Thursday, May 6th at Memorial School. Any nerves early on were quickly put aside, the varsity’s only dropped set coming in the first set of the first doubles match between Manchester Essex juniors Parker Brooks and Gracie Susko and Ava Doran and Ella Borgman from Ipswich. Brooks and Susko pulled out a come-from-behind victory, 4-6, 6-1, 6-4, in a match that saw crisp, aggressive net play and precise shot-making. In second doubles, senior Emma Francoeur and sophomore Emery Weber-Provost were convincing victors, 6-2, 6-1. First and second singles, featuring a veteran varsity duo of seniors Stephanie Pratt and Jessie Miller gave the team a great boost of momentum early on, posting winning scores of 6-1, 6-1 and 6-2, 6-1, respectively. Pratt out-dueled and out-smarted a strong player in Anastasiya Kozak, a junior from Ipswich. Miller’s match was full of some marathon rallies, but the senior’s patience helped her to prevail. Perhaps the grittiest win of the day came at third singles, as senior Lilly Coote won a very close match in two tie-breakers, 7-6, 7-6. The two junior varsity doubles matches also went into the win column for ME, as sophomores Vanessa Gregory and Sophie Zalosh pulled out a 7-5 victory, and freshmen sisters Grayson and Sienna Crocker shut out their opponents 6-0. The teams have three matches at home this week: Hamilton-Wenham on Monday; Amesbury on Wednesday; and Pentucket on Friday.

The varsity boys’ tennis team opened up the season with an impressive 3-2 win over CAL Baker Division rival Ipswich on Thursday, May 6th in Ipswich. Getting the points for the Hornets were Pieter Breuker (6-0, 6-0) at first singles, Griffin Kempskie (6-4, 6-3) at third singles and with the match tied at two points a piece, the first doubles tandem of seniors Jack Roberts and Emerson Kahle came through to win their match (7-6, (7-2), 6-3) to get the decisive point and win the match for the Hornets.

Senior Jack Shaw went 6 strong innings striking out 6 to get the win. Freshman Matteo Sarmanian closed the game with 3 strike outs in 2 innings.  Junior Colin Coyne had a clutch 2b for 2 RBI’s, Junior Kellan Heney had 2 hits with an RBI, a run scored and 2 stolen bases.  Junior Vaughn O’Leary went 2 -2 with a double and run scored. Senior Will Levendusky had an RBI double.

Junior Kellan Heney went 4 strong innings striking out 8.  Senior Mike Quill had a double and Freshman Troy Flood had 2 great at bats with a single and sacrifice fly.