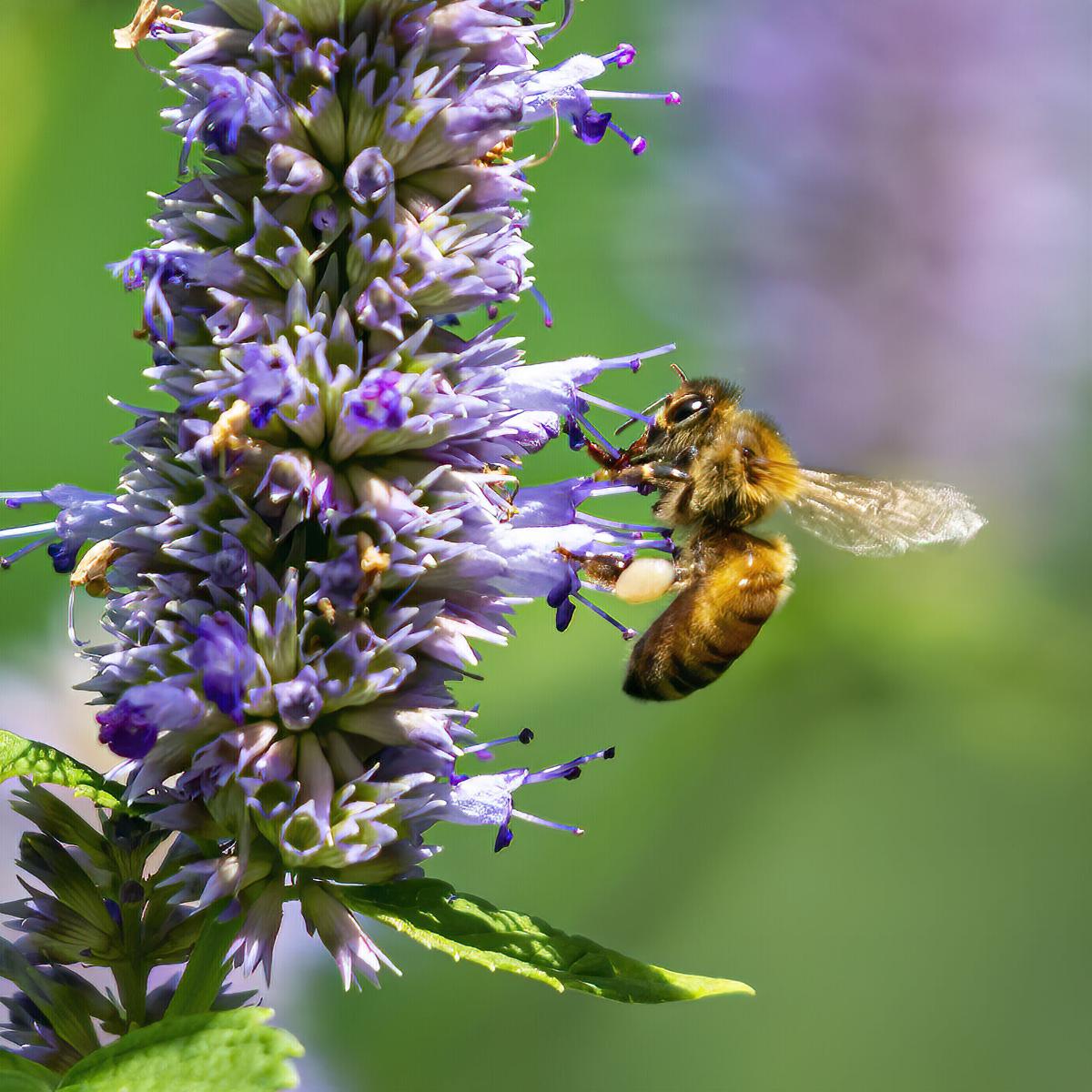 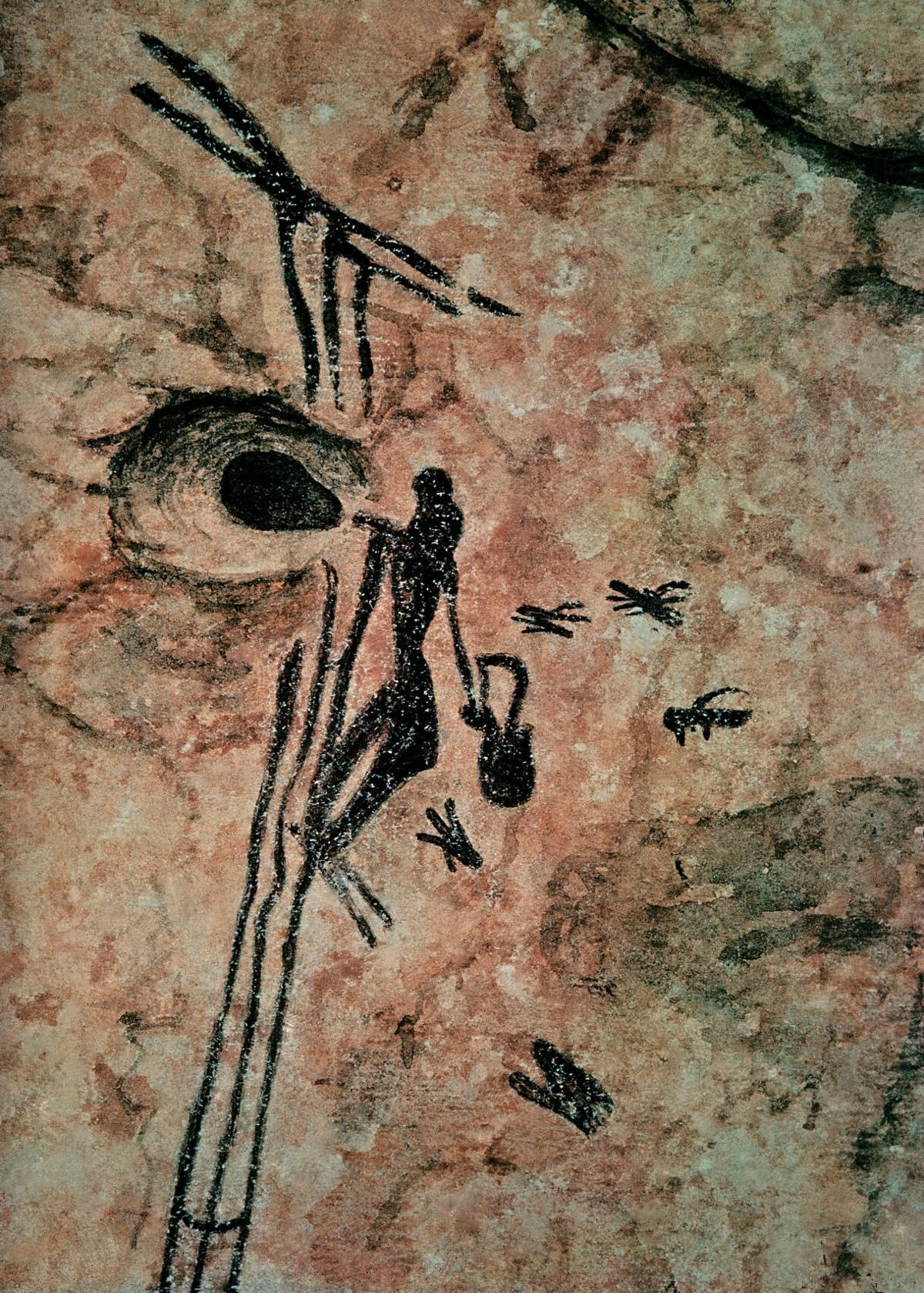 This cave painting of a person climbing a ladder to gather honey was discovered in the early 20th century near Valencia, Spain, and dates back at least 8,000 years. (Source: Alamy Images with permission) 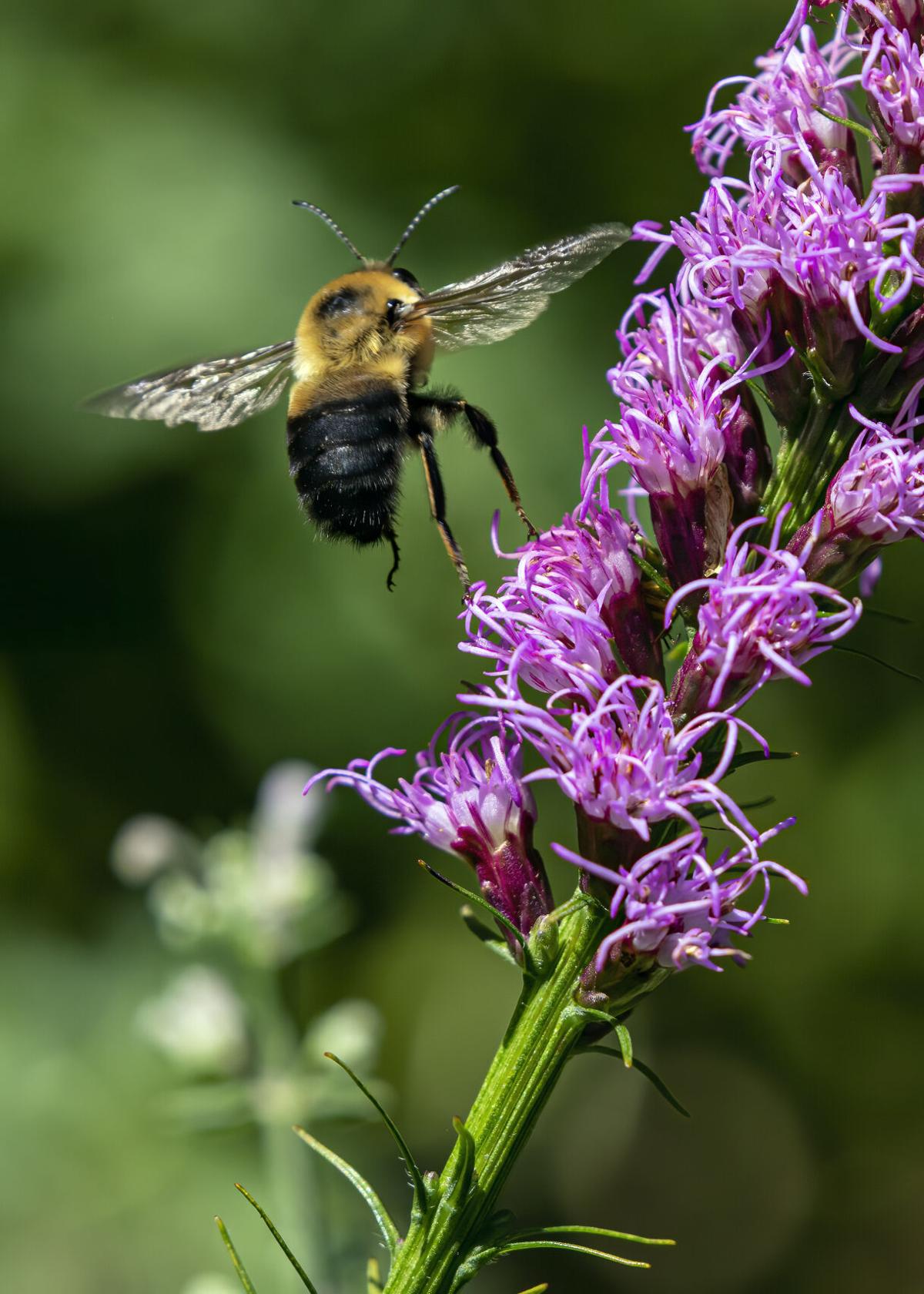 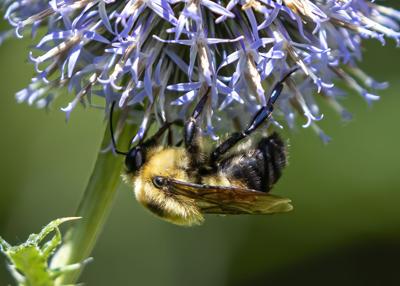 The heartrending images are seared into our collective psyche.  A malnourished polar bear on a small ice floe in a vast, warming arctic sea.  A lifeless sea turtle supine on a beach, a discarded plastic bottle by its side.  A Kenyan animal keeper consoles the last male northern white rhino on Earth, his head resting against the massive animal’s forehead, his hands lovingly touching its face.  These are the kinds of images that inspire us to support causes to preserve threatened habitats, mitigate the effects of climate change, and prevent cruelty to animals.  And I’m thankful for their emotional power.

Yet, there is another crisis of great consequence to the future of our planet not so easily captured in evocative photographs.  Over 40 percent of the world’s insect species are under imminent threat of extinction (Source: Journal of Biological Conservation, April 2019).  Other studies in Germany and Puerto Rico have revealed steep declines in abundance and diversity in just the last few decades.  According to Dr. Anne Averill, professor of entomology at UMass, Amherst, “Loss of diversity has ripple effects.  Insects are foundational to almost all of our functioning ecosystems.”

It’s happening here, too.  When was the last time you saw a lightening bug?  Or, maybe you recall, years ago, taking a midsummer’s drive on the Mass Pike and needing to pull over at a service area to squeegee your bug-smattered windshield.  No more.  Those were the good old days.

The insects under the greatest threat are moths, butterflies, dung beetles, and bees.  I’m going to leave those first three (as well as wasps and hornets) as topics for another day.  This story is about bees, both native and introduced.  As “our premier pollinators” as Dr. Averill calls them, bees are responsible for an estimated one in every three bites of food we eat.  We are uniquely dependent upon bees, and they on us.  And we go way back together.

Paleolithic humans had very little access to sugary substances, so it’s no surprise that honey was highly coveted, despite the challenges of obtaining it.  The earliest documentation of a human harvesting wild honey was found in a cave painting from Spain dating back more than 8,000 years.  By 5,000 years ago, the Egyptians had become avid beekeepers, and honey was used in many parts of their diet.

The honeybee (Apis mellifera) we see so frequently today is an introduced species, first imported from Europe by the Jamestown Colony in 1622.  For the last 400 years, North Americans have kept bees for honey and wax production and for their proficiency as pollinators of non-native fruit and nut trees and other mostly non-native crops.

These days, if you see a honeybee in your garden, it’s most likely coming from a local beekeeper’s hive.  “Years ago, there used to be feral colonies of honeybees,” Dr. Averill said, “but they were almost completely wiped out by infestations of parasitic mites introduced to the U.S. in 1987.”

There are two major stakeholders in the world of honeybees: commercial beekeepers and hobbyist beekeepers.  Both groups are bigger than you might imagine.  According to the American Beekeepers Association, honeybees contribute nearly $20 billion to the value of U.S. crop production.  Many commercial beekeepers are nomadic.  Each January hundreds of 18-wheelers from all over the country descend upon the California almond orchards with approximately 2 million bee boxes on board, each containing 20,000 bees.  California’s $5.6 billion almond industry accounts for 80 percent of the world’s almonds, and it’s entirely dependent upon honeybees for pollination.  A couple of months later, a convoy of semis heads north to service the apple orchards of the Pacific Northwest.  And so it goes.  Commercial honeybees are also used for cranberry pollination here in Massachusetts.

Hobbyist beekeepers are a different story.  Dr. Kim Skyrm, state apiarist for the Massachusetts Department of Agriculture, estimates that there are currently 4,000 to 4,500 hobbyist beekeepers in the state and increasing.  Why?  “I believe everyone is born an entomologist, but we lose that fascination with insects as we get older.  Beekeeping offers people the opportunity to reconnect with that child-like fascination.”  People are also drawn to the social nature of honeybees, especially the way they function to achieve the greater good for the colony.

There are 377 bee species in Massachusetts (Source: J.S. Ascher, 2016).  Without any caretakers—commercial or hobbyist—native bees are entirely on their own.  For the last 400 years, our native plants and pollinators have had to contend with deforestation, industrialized agriculture, pesticides, urbanization, climate change, and the introduction of countless species, many invasive.  And these threats have taken a toll.

The most resilient ecosystems have a rich diversity and abundance of species, especially among their plants and pollinators.  According to Dr. Robert Gegear, assistant professor of ecology at UMass, Dartmouth, “The pollination system--the interaction between native plants and pollinators—is more important than the individual pollinators.  When pollinators do their work, they are also supplying food and habitat to other wildlife—birds, small mammals.  If these relationships become degraded by a loss in diversity or abundance and the food supply is reduced to other levels in the food chain” you can reach a point of “ecological collapse” where the whole system is compromised.

But when native species are protected, good things can happen.  “We have a major problem with invasive plant species, but when we removed purple loosestrife from an area it had overtaken, many native plants popped up that weren’t there before and the native pollinators followed,” Dr. Gegear told me.  Efforts to protect native species are often measured one small victory at a time.

Dr. Averill is the sponsor of a 30-year study of native bee populations in Massachusetts.  Her work relied on extensive field work done in the early 20th century documenting 13 native bumblebee species in the Boston area.  “When we started in 1990,” she told me, “several of these species were no longer around, and during the span of our study two additional species disappeared.  By 2019, we had only three species that were still common.  So, this is definitive evidence that bumblebee diversity is declining.  But what’s most interesting was that there was no overall decline in abundance.  As one species disappeared, other species backfilled the reduction.”  One species, Bombus impatiens, is now by far the most abundant, but its abundance is also a symptom of, if not a contributor to, the loss of diversity.

Dr. Gegear is tackling his own study of bumblebees in Massachusetts with Beecology, a project dedicated to “protecting our native pollinators through the power of citizen science.”  The project collects data from volunteers using a web app on their phones.  Videos of bumblebees are recorded in locations throughout the state and uploaded for analysis and confirmation of the species and plant it was found on, as well as other important details.  One volunteer, Norman Levey, an accomplished naturalist from Lincoln, has recorded and identified seven species of bumblebee in Lincoln alone.

So, what can you do to protect native pollinators like the bumblebee?  Plant willows!  Only queen bumblebees survive the winter and are at greatest risk of food storages in the spring when they first emerge from the ground.  According to Dr. Gegear, “Native willows are by far the most important plant group for providing nectar and pollen to the greatest number of native bees in early spring.”  Forsythia, lilacs, marigolds, geraniums?  Not so much.

Planting a pollinator garden of native plants is another option and there are numerous sources (e.g., Mass Audubon) for guidance on the best plant species to include.  “But we need to be thinking so much bigger than that,” Dr. Averill told me.  “We need to save tracts of wild land that preserve genetic diversity of insect populations.”

If you really wanted to go all-in to support native plants and pollinators, the first thing you’d do is kiss your lawn goodbye.  “Lawns are like a desert for native bees,” said Dr. Averill.  And that old rotting woodpile out back?  Just let it rot!  Native bees love rotting wood as nesting sites.  This may seem too much to ask for many (including me!).

Realistically, the best way to support native plants and pollinators is through our local conservation trusts: The Trustees of Reservations, Essex County Greenbelt, and the Manchester Essex Conservation Trust.  These organizations play a critical role in protecting the diversity and abundance of native species in our little corner of the world.

Jim Behnke is a retired science publisher who writes about the natural history of coastal Massachusetts.  Contact him at: jimbehnke@thecricket.com

The number of bumblebee species in Massachusetts is declining even as the abundance of one species, Bombus impatiens, is skyrocketing.  This s…

“I believe everyone is born an entomologist, but we lose that fascination with insects as we get older," said Dr. Kim Skyrm.  "Beekeeping offers people the opportunity to reconnect with that child-like fascination.”

The Ospreys of Essex County

With much of March focused on social distancing and “flattening the curve” a migratory pattern going back thousands of years began locally without much notice, as nesting pairs of ospreys returned to the region to do what they do, naturally.  The mighty species that was almost made extinct by DDT and the Essex County Greenbelt Association’s Osprey Program, which has provided nests and habitat to support and study the ospreys’ global migration for 35 years.

We're Calling This "Stopping at Home"

This is one for the summer season! He started his career as a train conductor on the MBTA co… Read more