You have permission to edit this article.
Edit
Home
SUBSCRIPTIONS
News
Opinion
Out and About
Local Events
Homes
Experts
Obituaries
Marketplace
Share This
1 of 2 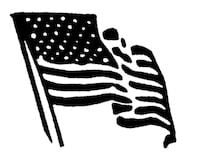 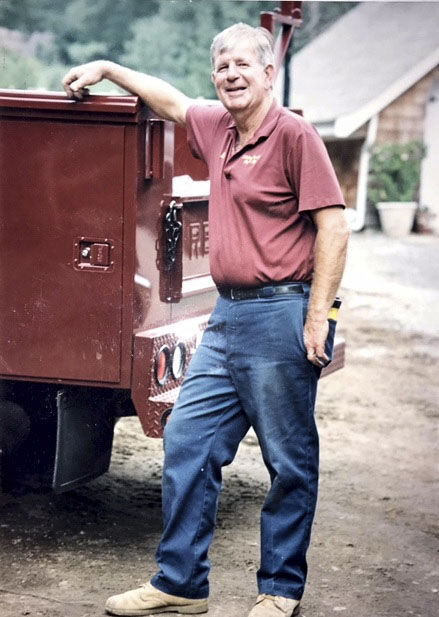 Robert “Bob” Singleton passed away peacefully after saying goodbye to his family on Sept. 21, 2021.  Bob led a full life and was grateful to have been healthy right up until the end.  He was telling stories and sharing memories with family and friends until hours before his heart finally gave out.  Those who knew Bob were well aware of his phenomenal memory for just about everything and everyone that was part of his life.  We lost a true Manchester historian when he passed.

Bob was born in Beverly to David R. and Mary C. Singleton on July 1, 1933 and lived almost all of his 88 years in Manchester.  He was hoping to celebrate his 65th wedding anniversary on November 4th with his wife Mildred “Millie” (Wortman) Singleton.  They were married in Gloucester in 1956 and made their home on Pine Street until they recently moved to Brooksby Village.  Getting Bob to leave Manchester was no easy feat—but he came to love his time at Brooksby and all the social activities there.  He always found a new friend to chat with and was enjoying himself immensely.  He also loved to sit by the water in Ipswich enjoying freshly dug steamers and a cold beer with family and friends.

He attended St. Margaret’s school in Beverly Farms and graduated in 1953 from St. Ann’s High School in Gloucester, where he played on two championship basketball teams.  After graduating he enlisted in the Army as an Engineer and was stationed in Texas and Kaiserslautern Germany.  He came home in 1955 and was married the following year.

Bob spent his entire career working for David R. Singleton Plumbing and Heating, which was started by his father in 1929.  He began helping his father at the age of 12 and took over the family business once his father retired.  His customers often became friends, and he remembered every job he ever did down to the last detail.  He also worked with his son David R. Singleton for many years until his own retirement.  Sadly, David passed away last November which was so difficult for the family.  To this day, Bob’s tools are in the trunk of his car, just in case.

He was a past member of the Amaral Bailey Post 113 and 50-year member of the Manchester Club.  Bob loved all sports and was a proud supporter of the Hornets Gridiron Club and Manchester-Essex Rotary Functions.  He took great pleasure in watching his children, grandchildren and their friends in all their sports and activities through the years.

His favorite day of the year was the 4th of July when he and Milie would host epic celebrations as the parade went right by their home on Pine Street.  Many generations of family and friends will forever remember those special days.  Bob and Millie spent almost 50 years going to Florida and travelling to the islands and amassed a great collection of friends and characters along the way, he so enjoyed everyone he met and wanted to hear their stories.

Bob leaves his wife Millie, his daughter and son-in-law MaryAnn Carr and Gregg Genis of Ipswich, his treasured grandchildren Alex Carr (and his fiancé Madison Hicks) of West Peabody, Anny Carr of Ipswich, Chris Carr of Somerville and his bonus grandkids Nicole Murray and Becky Genis.  He also leaves his much beloved brother Richard “Dick” Singleton of Manchester MA who stood by him until the very end providing much comfort and laughter.  He was grateful to have the chance to say goodbye to Dick’s wife Priscilla and his nieces Jane Stark, Amy Adams and Wendy Singleton.  He also leaves his sisters Pat McManus and her family of Connecticut and Bette Anderson and her husband Warren of Danvers.   He has many dear in laws in Canada including Doug (Dawn) Wortman, Harold (Helen) Wortman and Eva Ropp and a remarkable number of nieces and nephews all over Canada and here in Massachusetts.  He was especially close to Millie’s sister Helen and her husband Nepo Trepanier and their children Stephen and Michelle of Hamilton and Ipswich.  They went on many trips together and we all shared in the great sadness when Helen passed away in February.

He was predeceased by his parents, his younger brother Ronnie and his son David along with many in laws, friends and family members.

Donations in his honor may be made to the Hornets Gridiron Club, the Manchester/Essex Rotary Scholarship, any charity of your choice or just spread some kindness in his memory, he’d love that.

A graveside memorial will be held on Friday, October 1st at the Rosedale Extension Cemetery in Manchester at 11 a.m., followed by a gathering at the American Legion in Manchester. Friends and family are welcome.

To plant a tree in memory of Robert Singleton as a living tribute, please visit Tribute Store.

Dave Singleton was born on February 20, 1962 in Boston and lived his life in Manchester by the Sea.