You have permission to edit this article.
Edit
Home
SUBSCRIPTIONS
News
Opinion
Out and About
Homes
Experts
Obituaries
Calendar
Classifieds
Share This
1 of 2 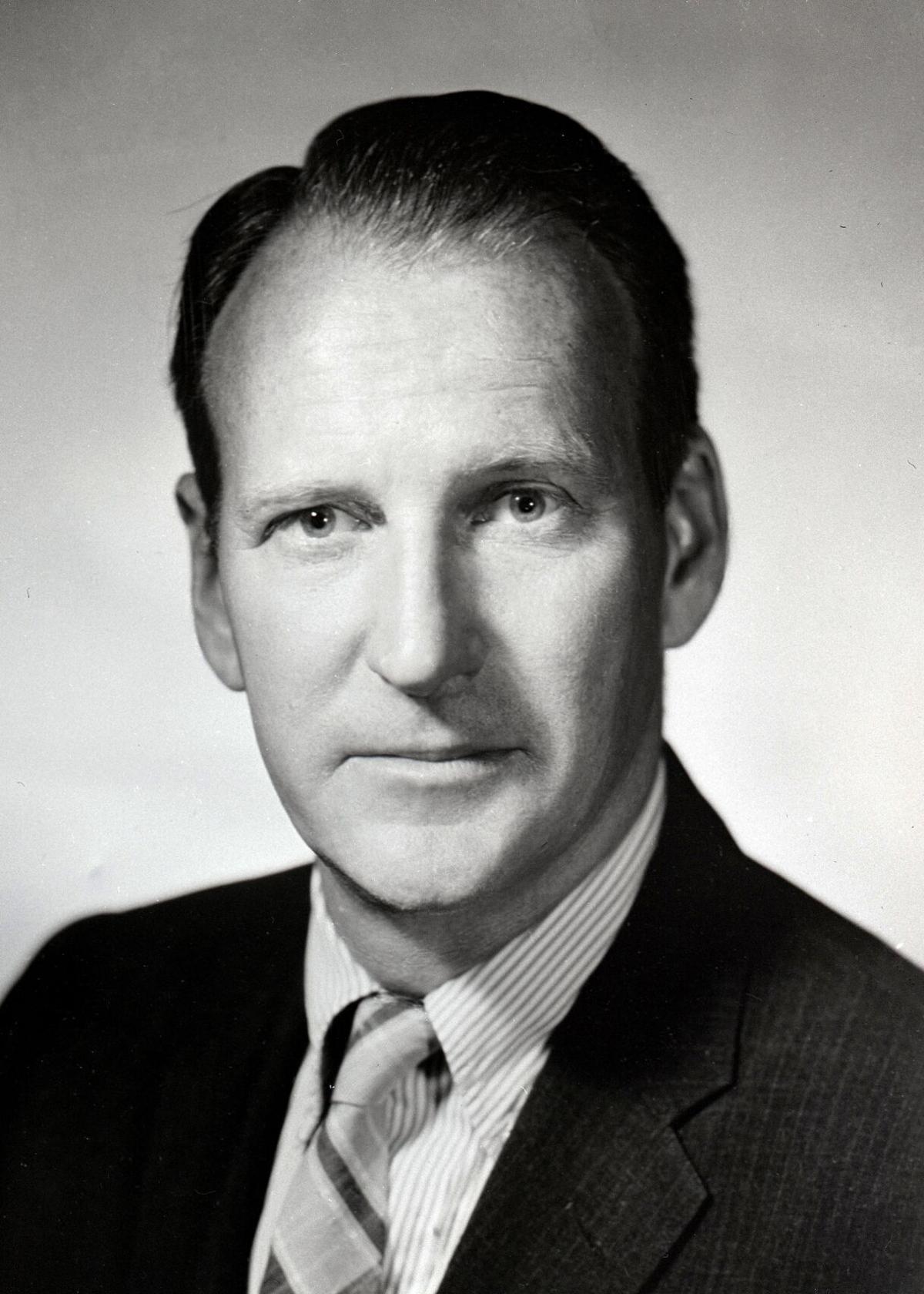 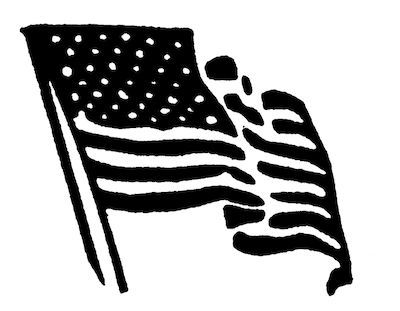 John Lowell (Jack) Gardner, prominent businessman and philanthropic leader, passed away on January 3rd at the age of 97.  A devoted family man, both to his immediate family and to members of his extended family, he was a source of strength and inspiration to his close friends, family and to many in the larger community.  He was a man whose life was guided by a strong sense of duty, decency and a desire to work in service of the greater good.

Jack Gardner was born on April 14, 1923, a son of George Peabody Gardner and Rose Grosvenor Gardner, at “Green Hill” in Brookline, MA.  His birth date coincided with that of his great-grandaunt, Isabella Stewart Gardner, hence he was named, with her blessing, in honor of her late husband and son.  According to family lore, Isabella was so elated by the arrival of her great-grandnephew on her special day that she asked to be driven from her home, “Fenway Court” in Boston, out to Brookline (her former home) to greet him.  She died the following year.

Jack attended The Dexter School, St. Mark’s School and Harvard College (Class of 1945) where he was enrolled in R.O.T.C. On February 26, 1944 he married Susan Benbow Kobusch of St. Louis, Missouri at the Leslie Lindsey Chapel in Boston.  He had enlisted in the Navy the day before.  He served in both the North Atlantic and Pacific theaters during the war.  After the war, he returned to Boston, and earned an M.B.A. from Harvard Business School (Class of 1948).

Gardner began his career in finance at John P. Chase, Inc and subsequently held positions at White, Weld & Company and Massachusetts Investors Trust.  In 1960, he joined the family investment office, Gardner Associates, which evolved into Gardner and Preston, Moss, Inc. where he served as President.  The firm was sold in the 1980’s, and a portion was merged with Eaton Vance Management in 1993 where Gardner continued to work until he retired at over 90 years of age.

Gardner’s service to his community and his devotion to Boston, was an important thread in his life, over the course of which, he served on many boards in leadership positions including Eaton Vance Management, Isabella Stewart Gardner Museum, Museum of Fine Arts, Boston, Boys and Girls Clubs of Boston, The Trustees, Essex County Greenbelt, Gardner and Preston, Moss, Inc., Massachusetts Financial Services, Amoskeag Co., and Swingline Co.  He was a founding trustee, treasurer and head of the Board of Trustees, of Brookwood School, Manchester, MA.

Jack’s particular interest in and dedication to the Isabella Stewart Gardner Museum was evident throughout his life.  For over fifty years Jack was a beloved trustee of the Isabella Stewart Gardner Museum, chairing its board for twenty years, guiding the museum from its years of quiet stasis, after the death of its founder into a vibrant contemporary institution.  Trustees describe how with his impeccable manners, sartorial elegance, knowledge and quick wit, he vigorously gaveled over one hundred board meetings through many historic decisions —including the adding of a new Renzo Piano, designing an addition that doubled its public spaces, and raising an $80 million endowment.  While the new addition was a daunting and controversial idea Jack’s familial ties to the founder and support of innovative change was integral to the success of the project.

Jack maintained special relationships with the museum staff who universally adored him.  He could be seen engaging with projects throughout the museum particularly in the areas of greatest interest to him: conservation and horticulture.  Dropping in on the conservation labs to see the latest treatment, admiring the horticultural wizardry in the courtyard, or lunching regularly with the Director for updates, his encouragement and enthusiasm for the work of the museum and its staff were deeply appreciated.  Although conservative in his taste in art (Anders Zorn’s 1892 painting “Omnibus” was his favorite), he also supported controversial new works. After experiencing the new work from the collaboration of visual artist, Sol Lewitt and flutist, Paula Robison, called “Variations on a Theme”, he told Curator Pieranna Cavalchini that “Aunt Belle would have made an exhibition like this."

Jack and his wife, Susan, lived on the property at “Green Hill” for the first ten years of their long and happy marriage.  Upon the arrival of their second child, they moved to the No. Shore of Boston where they had previously built a small summer house at Prides Crossing.  They soon moved to a larger house in Beverly Farms, and, in 1966, to the house which they occupied for the next 45 years located in South Hamilton, MA.  Always a committed conservationist, Gardner enjoyed the beauty of the countryside and endeavored to preserve open space through his work on town committees and his involvement with The Essex County Greenbelt and The Trustees.  At the age of 50, he took up riding and rode to the hounds with the Myopia Hunt.  He particularly enjoyed riding through the woods surrounding his home and observing the natural world and he was often accompanied on these rides by his daughter.  He also loved working outdoors on his property, tending to trees and clearing brush.

In person, a tall and distinguished man and athletic as a youth, he captained the St. Mark’s ice hockey team and enjoyed tennis, skiing with his family and, later in life, golf.  He was an avid reader, and there was always a stack of books to be read on the table in his library.

Gardner appreciated living near the ocean. For him a day spent on the water was a day well spent. He kept a small yacht in Manchester Harbor during the 60’s and early 70’s. Later in life, until well into his nineties, he swam daily in the ocean during the summer months off Singing Beach in Manchester.  Jack was an excellent sailor.  As a child and during his youth, he learned to sail with his father, who kept a boat in Marblehead.  Thanks to many years of cruising with his father, friends and family members, Jack knew the New England coastline well, especially the coast of Maine.  In 1972, Jack and Susan purchased a small farmhouse on the island of Islesboro located in the upper reaches of the Penobscot Bay to which the Gardners went for part of each summer for 40 years.  It was there that Gardner spent almost every day on a boat, whether sailing his day sailer, rowing his dinghy, or picnicking by motorboat on various islands in the Bay.  On Islesboro, he became involved in conservation, lending time and efforts to the Islesboro Island Trust.

Gardner was a member of The Somerset Club, Myopia Hunt Club, Manchester Yacht Club, The Tavern Club, A.D. Club, Harvard Club of Boston, The Singing Beach Club, and was a former member of the Tarratine Club of Dark Harbor.  He was a Proprietor at The Boston Athenaeum.

Jack Gardner was predeceased by his beloved wife of 73 years and by his son, John L. Gardner, Jr.  He is survived by his daughter, Rebecca, of Manchester, and her husband, Samuel R. Campbell, two grandchildren, Susannah A.C. Ames of Manchester, and her husband, Patrick H. Lydon, Samuel P.G. Ames of Boston, and great-granddaughter, Lucy P.G. Lydon. Gardner was a direct descendant of Thomas Gardner, Planter, leader of the Dorchester Company, a group which settled Cape Ann in 1623.

Gifts in memory of Jack Gardner can be made to the Isabella Stewart Gardner Museum, 25 Evans Way, Boston, Ma. 02115, Attention: Rebecca Ehrhardt, where they will be used to support horticulture displays in the Courtyard.

Funeral services for Jack will be private. Information, directions, condolences at www.campbellfuneral.com.

To plant a tree in memory of John Gardner as a living tribute, please visit Tribute Store.