$36.00 for 365 days
Get Started
You have permission to edit this article.
Edit
Home
SUBSCRIPTIONS
News
Opinion
Out and About
Local Events
Homes
Experts
Obituaries
Marketplace
Share This
1 of 3 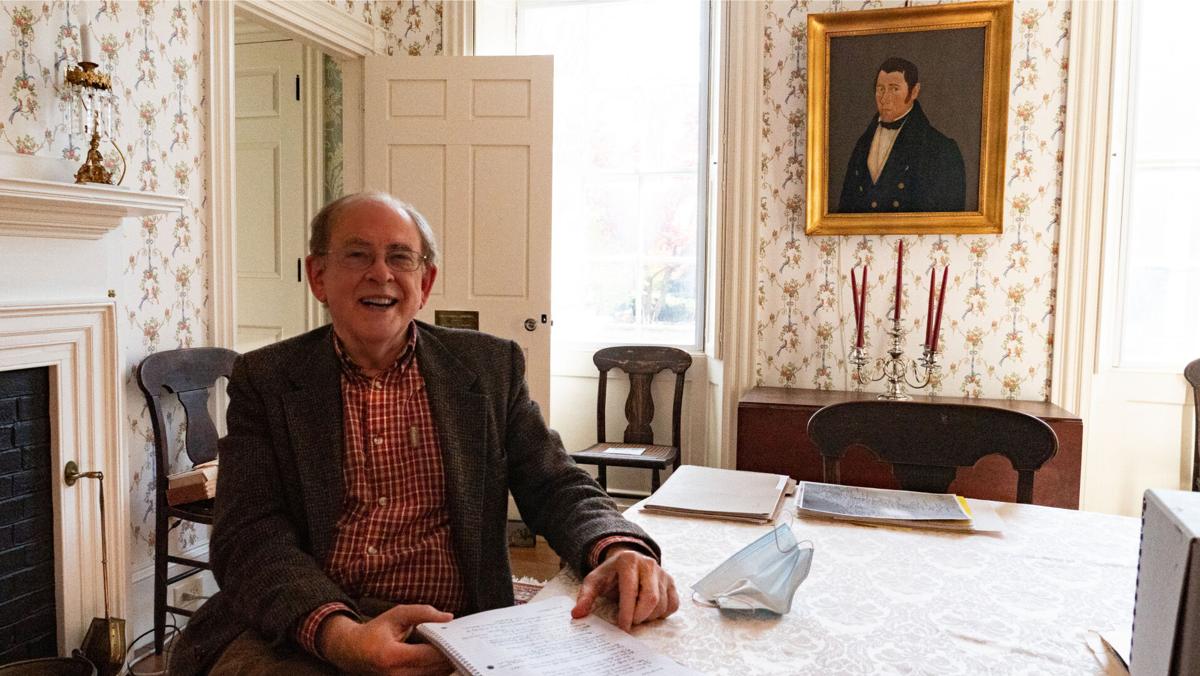 Author and historian Robert Booth has completed, “The History of the Meeting Houses of Manchester-by-the-Sea,” as part of the town’s 375th Anniversary.  The book was published this week.  (Staff photo) 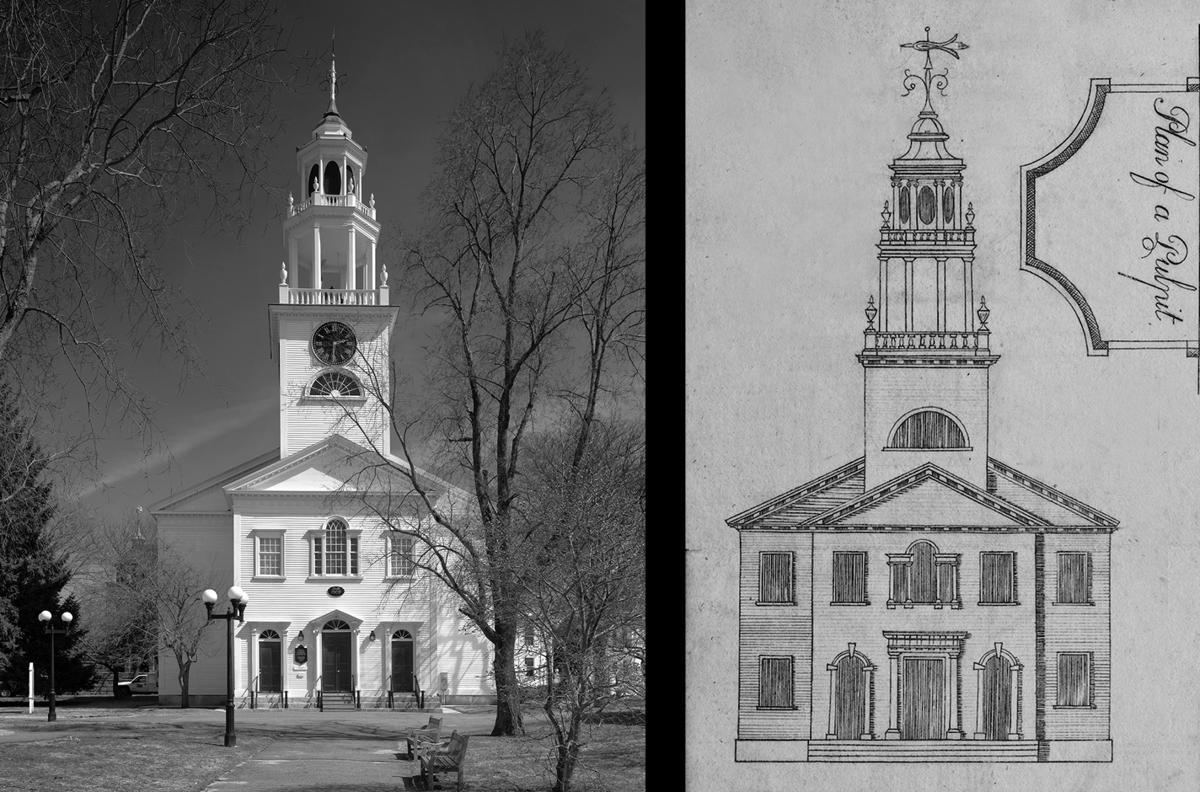 The building and its plan, which came from Plate 33 in the 1798 and 1805 editions of architect Asher Benjamin’s The Country Builder’s Assistant.  In April, 1809, the Manchester building committee specified this elevation as the model for their new meeting house. (Photo: Steve Rosenthal) 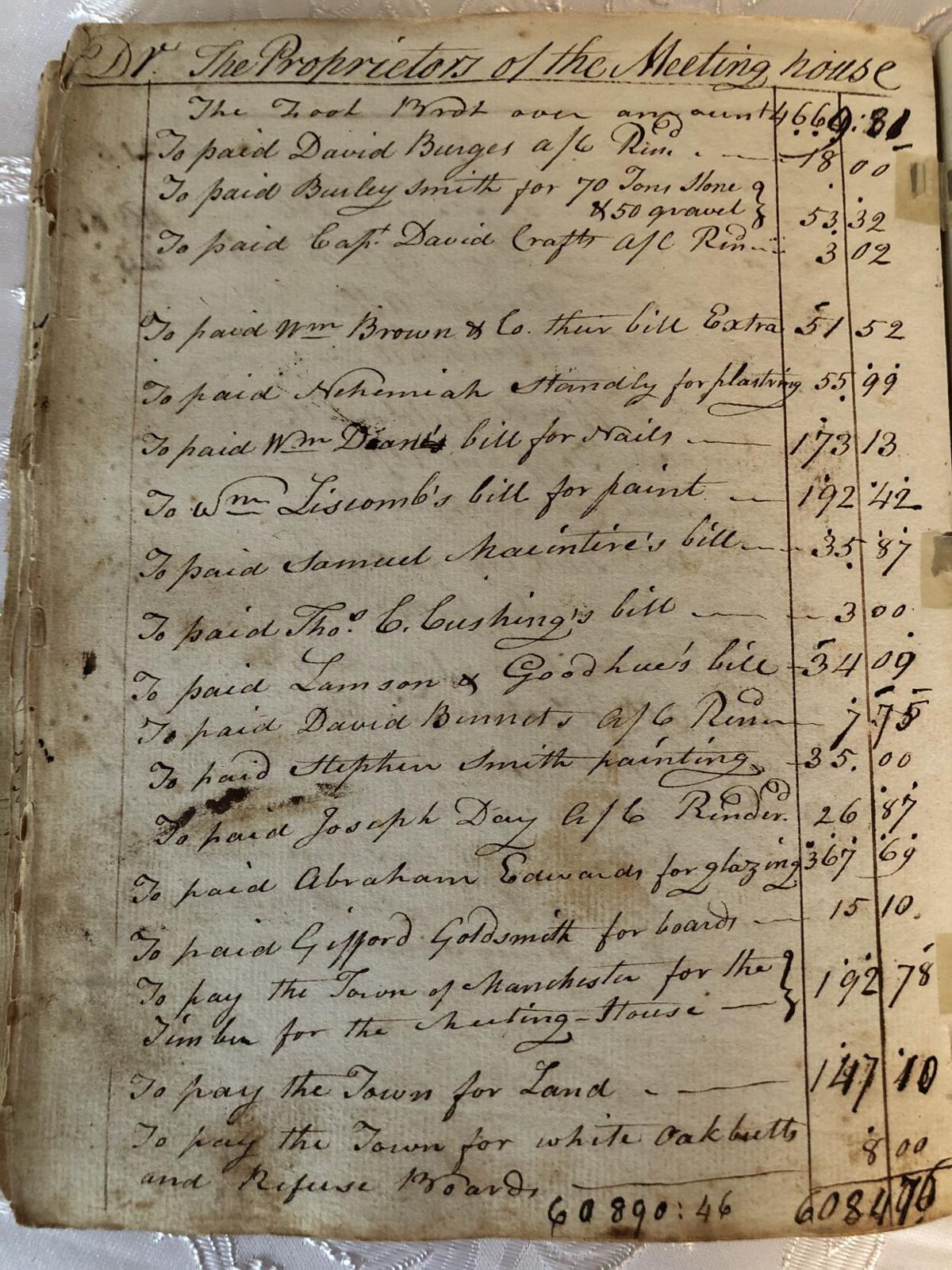 The ledger of the First Parish Church, stored in its basement, shows details of 1809 expenditures on paint, glazing, nails, and land, etc., associated with building the new meeting house.

Other books by Robert Booth.

Funny thing about meeting houses.  In early New England, they can tell us an awful lot about the history of a community.

That is certainly the case in Manchester, according to a new 56-page book published this week by historian and author Robert Booth, “The History of the Meeting Houses of Manchester-By-The-Sea, Massachusetts,” written to coincide with the close of Manchester’s 375th Anniversary celebration and sponsored by the Manchester Historical Museum.

For the non-rich communities of old New England, town meeting houses were nearly always multi-purpose structures.  They housed civic life, for public meetings and town business.  They were houses of worship.  They stood right at the center or near the town’s square—as was the case in Manchester—where a town might also place stocks for public punishment of ne'er-do-wells or keep a “pound” (pen) to corral stray animals for owners to reclaim.  In short, these meeting houses were a critical part of community life, and their planning and architectural designs say a lot about the status and ambitions of the community that built it.

The last of Manchester’s four meeting houses was built in 1809 as the First Parish Church Congregational meeting house on what is today the Town Common on Central Street and stands on roughly the same spot as its predecessor meeting houses, built in 1673, 1692, and 1720, on an open common that included a public landing.

“It was more than a building,” said Booth, a native of Marblehead and an authority on historic architecture and maritime culture.  “A meeting house offered citizens a sense of establishment.”

Charting the first to the last meeting house, by reading Booth’s “The History of Meeting Houses of Manchester,” is to track the very early days of Manchester to the beginning of its “coming into its own” in 1809, when the First Parish Church meeting house was designed and built with great care, looking toward a strong future.  In many ways, it is why that building still stands today, nearly entirely intact from its original form.

Back in 1673, Manchester was both small and poor.  Located on a creek, there was no harbor that enabled trade or meaningful industry.  But its proximity to major centers of commerce and wealth, like Salem’s global “foreign trade” (not to mention Beverly and Marblehead and Newburyport) and Gloucester’s deep-water fishing port offered the citizens of little Manchester an advantage.  Manchester’s desire to move the community up the ladder of establishment drove this early history, said Booth.  It’s a story of hard sacrifice.  Most of the men worked as mariners and fishermen, occupations that involved long spells of absence and a very high death rate, which meant that Manchester’s women played a significant role in keeping community life together.

“This early time in Manchester is a fascinating story,” said Booth, the author of four books.  “It’s a pattern of people struggling.  It’s also, though, a story of great resilience and self-sufficiency in the face of immense challenges.”

From the start, a central goal was to secure a full-time minister, because ministers embodied the benefits of education and spirituality, and signaled a sense of arrival for a community. It was not until the 1690s that a minister would agree to settle in Manchester, and not until 1716 that a formal church was founded under Rev. Ames Cheever.  In 1745 the town hired Rev. Benjamin Tappan, who would serve through the Revolutionary period until 1790.  And over time, Booth writes, Manchester continued to develop. It developed its deep-sea fishery and spawned shipmasters who served in war as commanders of privateers and in peace as captains of the trading vessels of Salem and Boston.

Amid all of this was the building of the current First Parish Church building in 1809, which took years of careful planning and saving by the community.  Its design came from a book, specifically from Plate 33 of architect Asher Benjamin’s The Country Builder’s Assistant.  “Pattern books” like these, published in new editions over time, served as guides for housewrights building many kinds of structure, said Steve Rosenthal, an architecture photographer who shot the church for his widely acclaimed book, White On White: Churches Of Rural New England.  Make no mistake: Asher Benjamin’s pattern book represented the highest ambition for a community’s architecture.

In 1804 the building committee had a different design in mind, but the building of the Gloucester Universalist meeting house, based loosely on Benjamin’s design, proved decisive.

Rosenthal said Benjamin’s pattern book and its successors, were the single most important influence in the early 19th Century New England architectural landscape and, in fact, was largely responsible for the general look of the region that remains today.

The First Parish Church meeting house structure, he said, is one of the very best examples of a Federal structure built from these pattern books.

“It’s an important building,” said Rosenthal.  “The exterior of the church has been maintained, almost exactly as it was built.  It has remained intact.  You see so many churches built from these pattern books that have been adapted or changed.  Or modernized.  Not this one.”

Once built, the more familiar version of Manchester’s history comes into focus.  The community and its fortunes came into its own, most notably when the cabinet maker John Perry Allen, after inventing a reliable mahogany veneer power saw, successfully drew from mass production and maritime trade to establish Manchester as a national center of the furniture industry.

But throughout all this time, the story of the town meeting house remains a lens that also tells the story of Manchester over the course of 200 years.  At first, the meeting house was a blended emblem of civic and religious life.  Today, it’s a symbol of classic New England architectural landscape.  To Robert Booth, it’s easily both.

In 1782 this lot was owned by Mrs. Abigail Leach.  Prior to the building of a house, later owners included Tyler Parsons, Nathaniel Hildreth, Horace Grosvenor and Delucena Bingham.