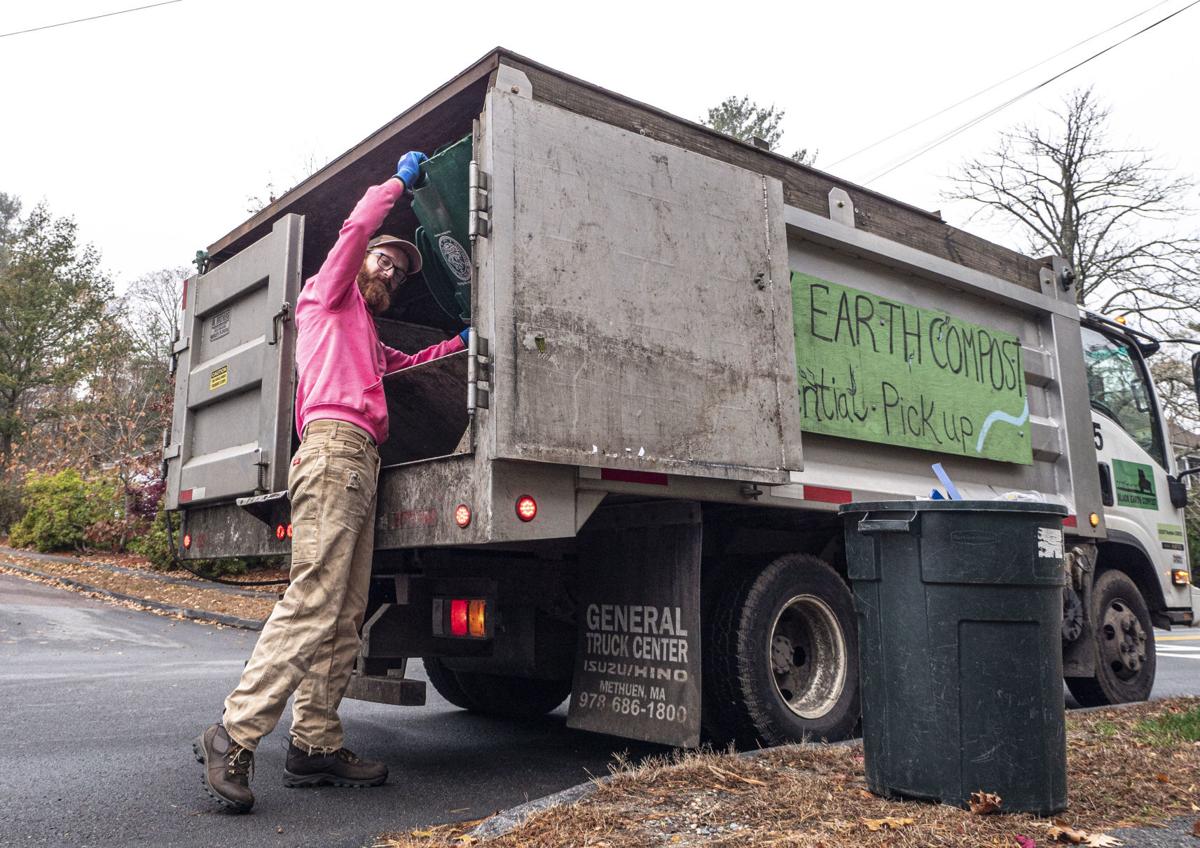 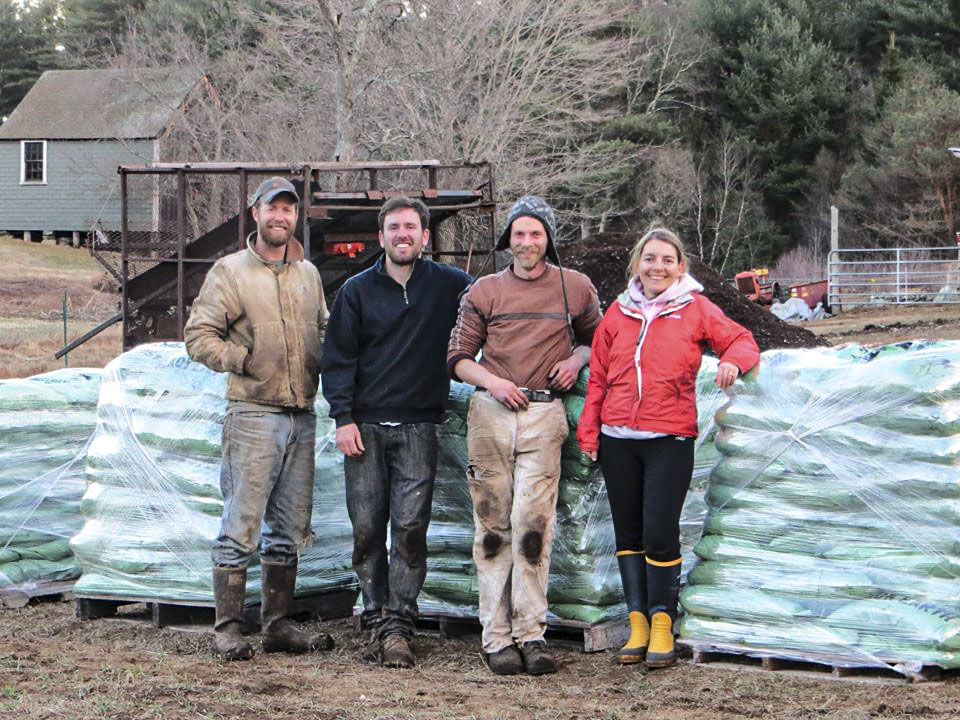 When Conor Miller lived in Jackson Hole, Wyoming, he went to work for a local recycling company, picking up plastic bottles, tin and glass. After moving to Seattle in a neighborhood with curbside compost collection, he learned all about how integral compost is for the environment and for growing food. So, when Miller and his future wife moved back to her hometown of Gloucester, he thought curbside composting was something that might take here in Massachusetts too.

And that’s how it all started. In January 2011, he founded a company called Black Earth Hauler. At the time, he was just trucking material on his own. “I had no clue how to run a business or how tough it was going to be,” said Miller. “But full of youthful energy and optimism, I jumped into it and perseverance and luck ended up on our side.”

Nearly ten years later, composting has taken hold. It’s a fast-growing concept driven by an ever-shrinking list of options for handling waste. Not too long ago, recycling was the answer for environmental sustainability by preventing materials from entering landfills and instead sending them to be remade into paper, plastic or textiles. Composting — the separation and decomposition of organic household and restaurant waste by natural means by organisms that live in the soil — used to be just for dedicated gardeners and environmentalists. Not anymore. Municipal recycling vendors are accepting less and less materials for curbside service while traditional trash removal is getting more expensive, with countries like China no longer interested in accepting scrap materials or contaminated recyclables.

But back in 2011, Miller couldn’t have realized this was the future of composting. Instead, he and Justin Sandler, who grew up in Manchester and was friends with Miller from lifeguarding at Good Harbor Beach, were focused on leading the company to a sustainable model of growth. They were soon joined by Andrew Brousseau, also from Manchester, who sought them out after postgraduate study at the University of Washington. Brousseau took over the compost side of things. Miller ran collections.

“We kept growing opportunistically, doubling every year but never making a profit, and living off practically nothing,” said Miller. “We were working 70-hour weeks non-stop, probably on about $3-an-hour pay.” But they were learning more and more as time passed, always improving and innovating.

In 2014 something big happened. The Massachusetts Department of Environmental Protection passed a law that made it mandatory for businesses producing more than one ton of food waste per week to compost.

“That helped grow this wave of interest in what we were doing, and we kept leaning into it, expanding as much as we could endure,” he said.

Before they knew it, the company’s routes became denser. They added more employees. Miller, Sandler, and Brousseau became official partners and together they changed the name of the business from Black Earth Hauler to what it is today, Black Earth Compost.

In 2016 Black Earth Compost secured the contract for Manchester’s curbside composting program and moved operations to a leased site on town-owned land on upper School Street.  Over three years, the business continued to expand, outgrowing the site, and they began looking for a new home base, which they may have found at the town’s existing transfer station on upper Pine Street.

This move is connected to an article that will be presented at the upcoming Fall Town Meeting.  Article 5 would seek to approve $300,000 for the purpose of paying the town’s portion of the construction of a new compost facility at the current transfer station site (both Manchester and Black Earth will contribute funds). According to a comparison of costs shared at the BOS meeting on Oct. 21, under the current arrangement with Black Earth, the town saves $91,076 per year, and the town would save $116,476 per year after moving facilities to the transfer station. If the article passes, Black Earth will then secure a long-term lease to operate its business while also continuing to service the town with compost curbside pick-up and processing at a reduced rate. Manchester has already received a $400,000 grant from the state to help with the cost of this new facility, said Town Administrator Gregory Federspiel.

“The full area will be expanded,” Brousseau said about the project. “The transfer station will be on the left, the compost building will be in the middle, and the yard-waste drop-off will be on the right.” When complete, the site will be a state-of-the-art composting operation, engineered for efficiency and odor management (which has been a challenge at upper School Street). Waste will be rapidly processed and turned into high-quality compost. Finished compost would be screened and stockpiled on top of capped landfills. This indoor, controlled environment has a lot of benefits, according to Brousseau. “It handles a lot of issues like odors or birds [being attracted to the compost] that you have when it’s outside,” he said.

“For the compost that we handle, the town receives money too. Food waste is maybe a third of the weight of trash,” Brousseau explained. “And the town pays $70 per ton of trash it has to send to the incinerator. So, if you can take all of that weight out of the trash and process it into compost, then you don’t have to pay at the incinerator.” And trash fees go up each year. Right now, said Brousseau, the town saves about $10,000 for every 700 residents that compost. But next year, when the trash fees go up significantly, the savings will be even higher, he said, at about $15,000.

Right now, only about 30 percent of Manchester households use the composting service, according to Alison Anholt-White, chair of the Manchester Sustainability Committee. The town is hoping to increase the number of households that use curbside composting program, both for environmental and economic reasons.

If the state of Massachusetts makes a move to require residential composting (like San Francisco did ten years ago), Manchester will be in a unique position. Because as other towns pull off their heels to start the journey to research composting operations that can service them within a 100-mile radius, the town of Manchester already has one working locally, right here.

There were just five articles on the Fall 2019 Manchester Town Meeting warrant, but those articles were pretty packed with “business.”  They were billed as “critical decisions for the current and future affairs of the town that impact the quality of life here in our corner of the world.”

Town Meeting is the core of our self-governance structure.  Critical decisions for the current and future affairs of the town that impact the quality of life here in our corner of the world are made by residents coming together, debating the merits of various proposals, and casting informed votes.