$36.00 for 365 days
Get Started
You are the owner of this article.
Edit Article Add New Article
You have permission to edit this article.
Edit
Home
SUBSCRIPTIONS
News
Opinion
Out and About
Local Events
Homes
Experts
Obituaries
Marketplace
Share This
1 of 5 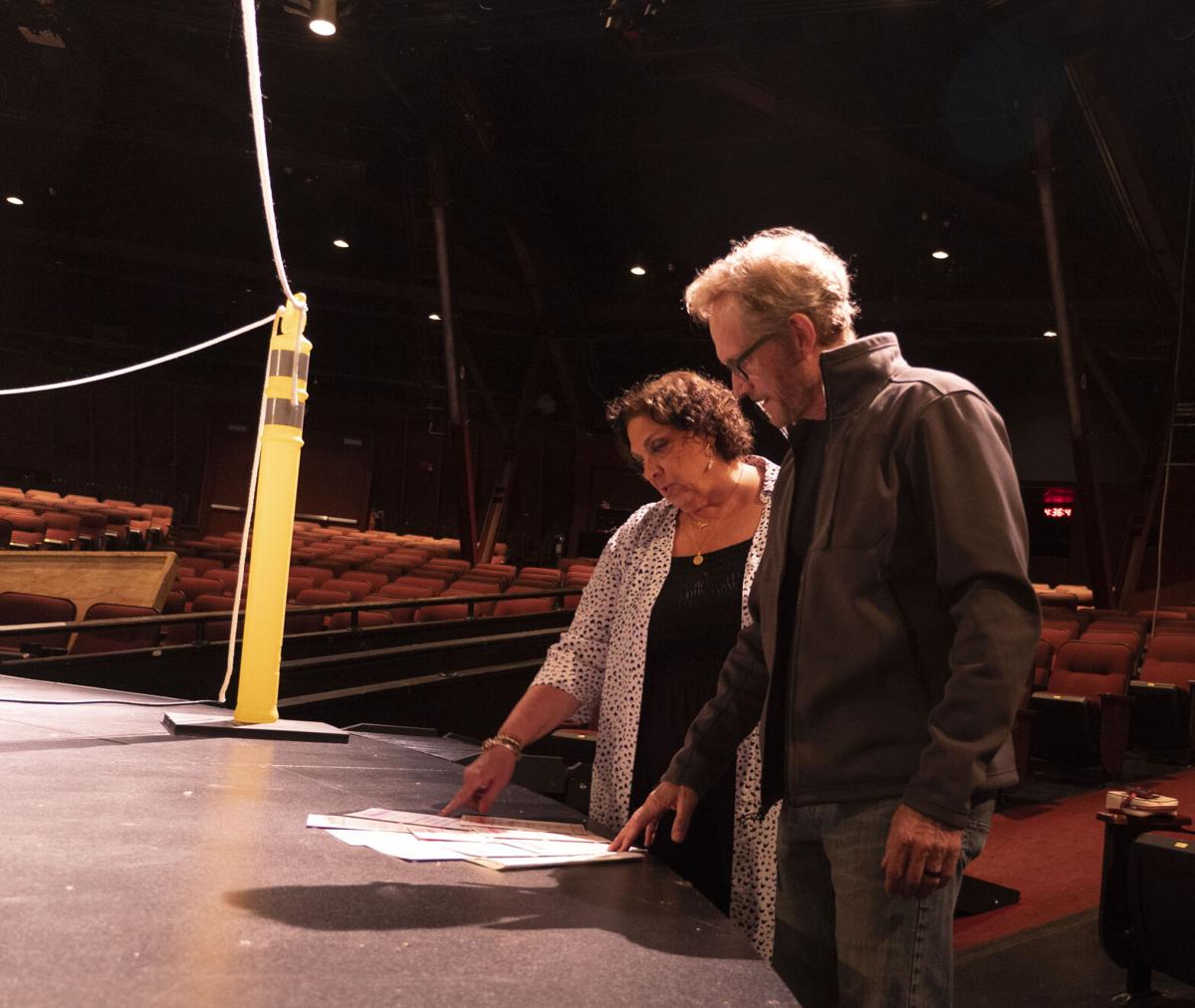 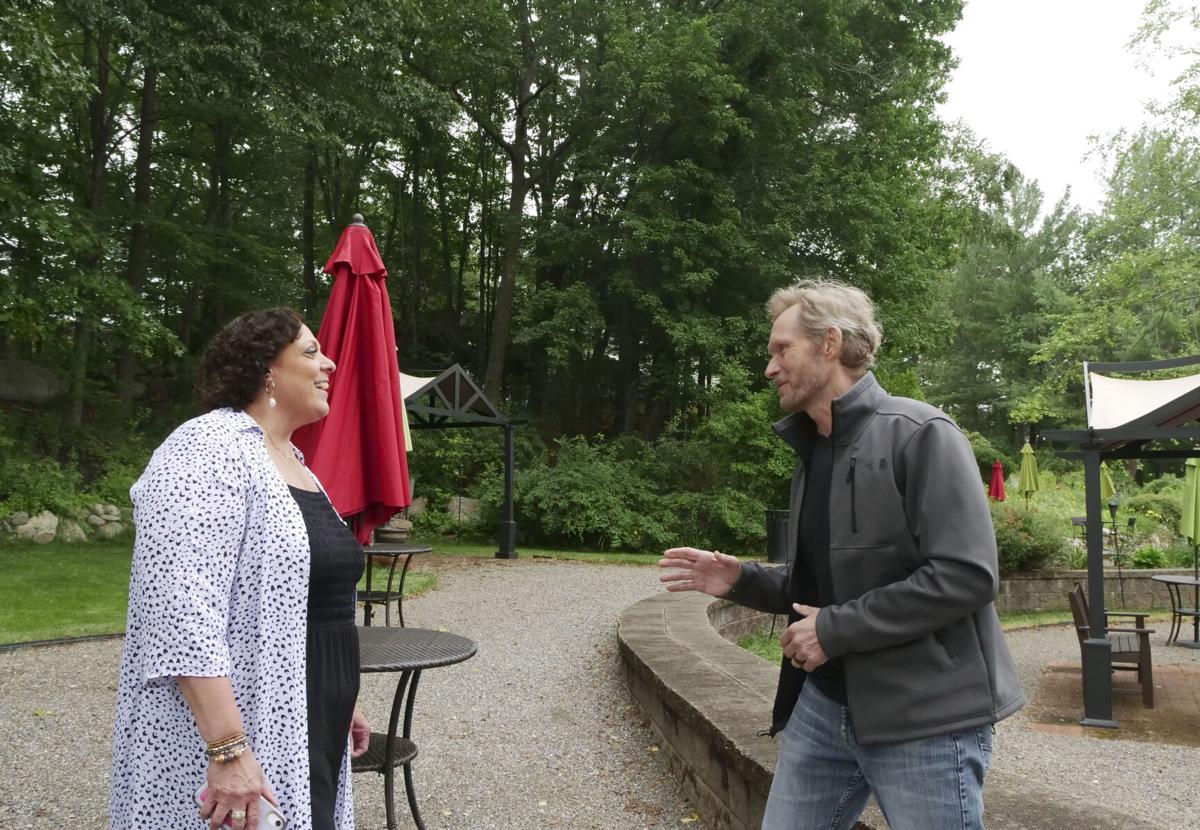 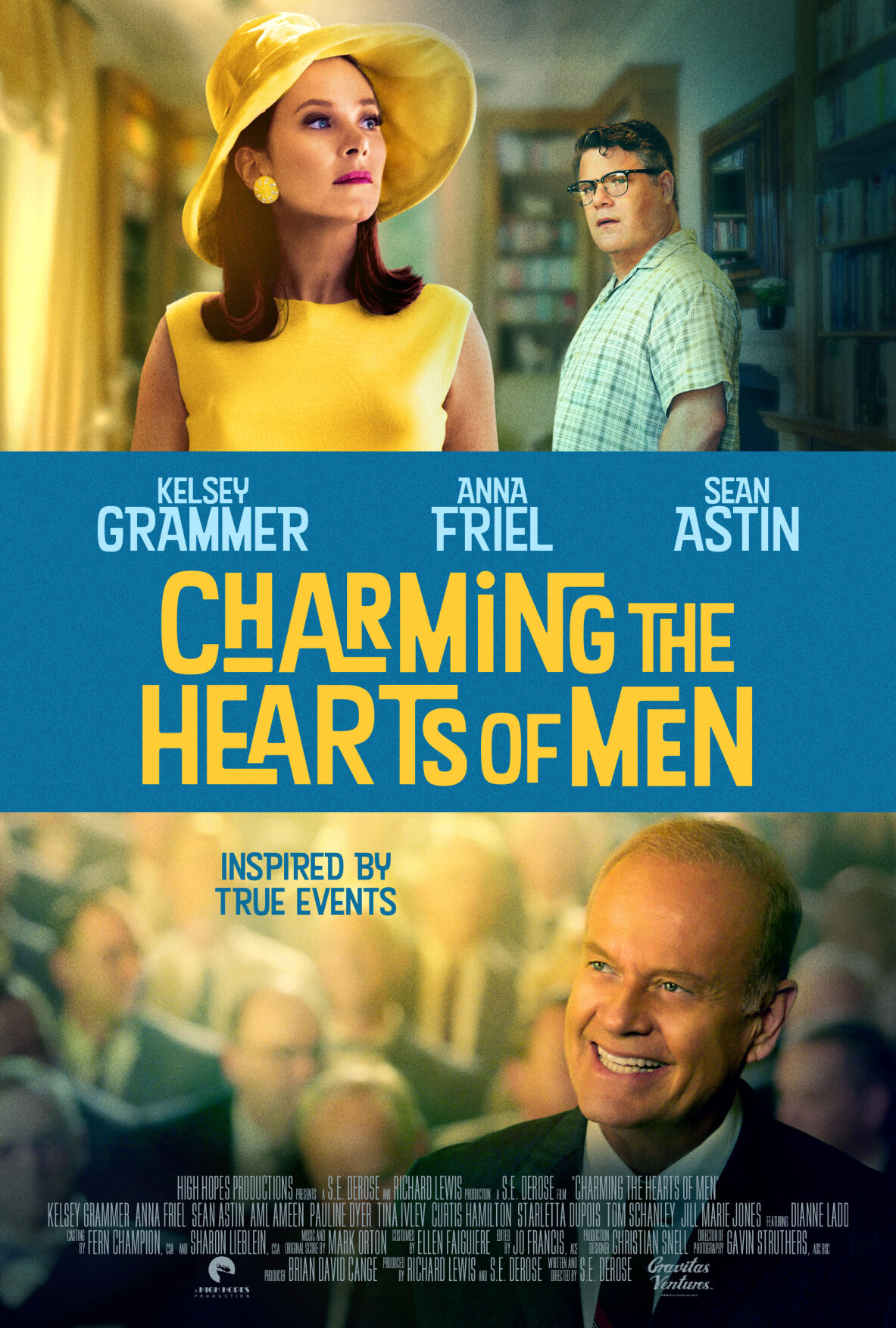 Charming The Hearts Of Men, opening next August 2021. Watch the trailer, here. 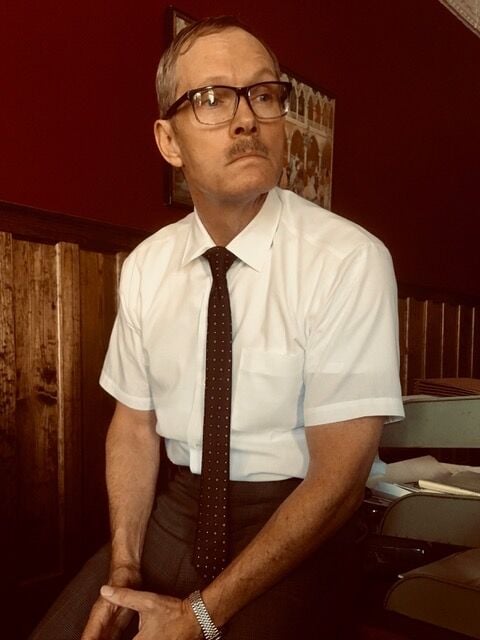 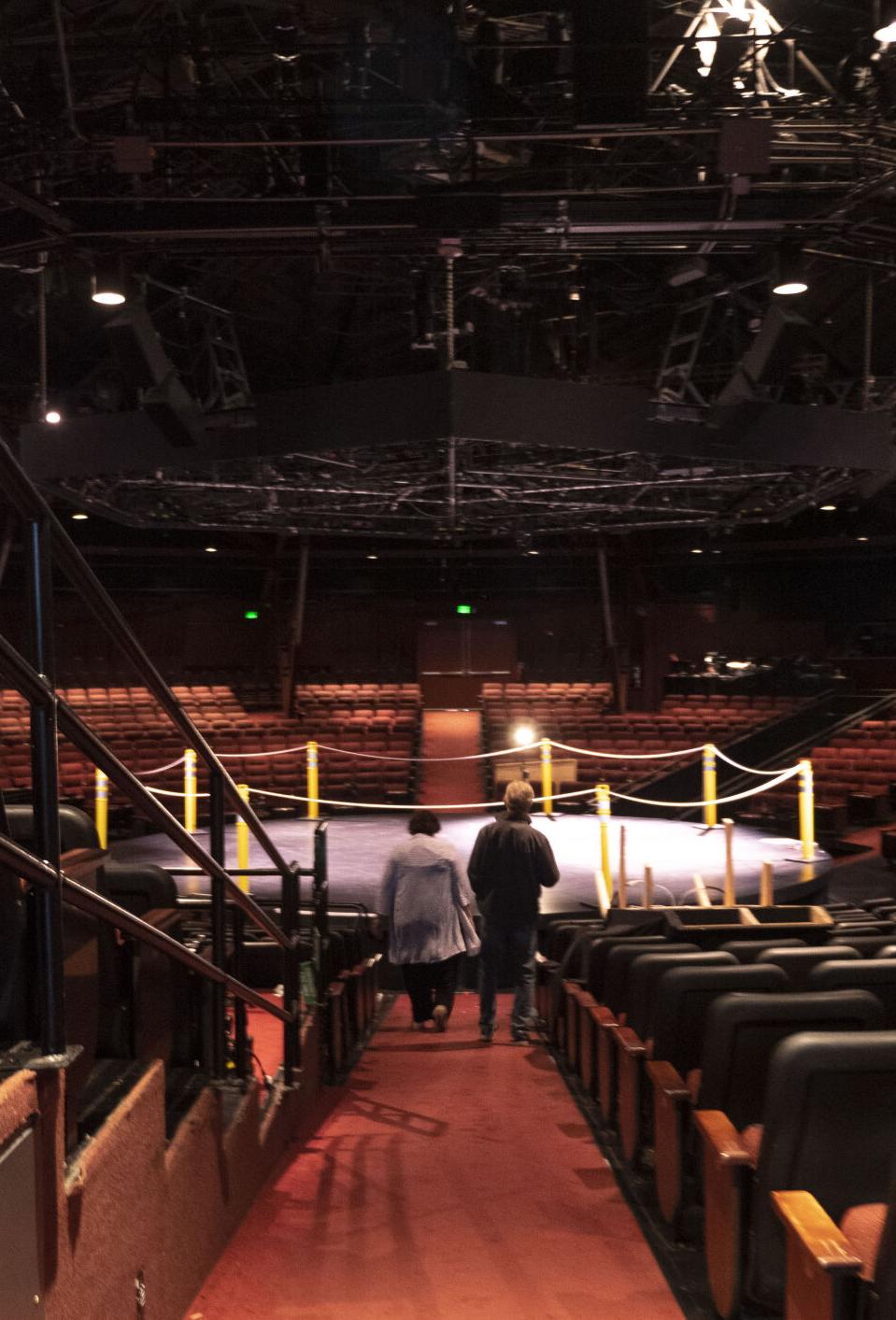 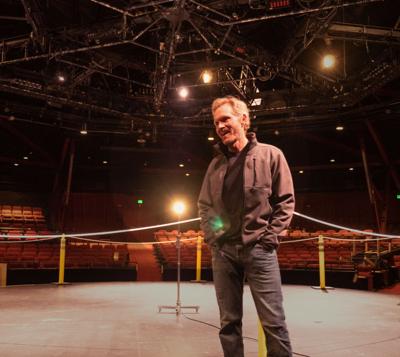 WHEN HE RETURNED to Manchester for the 4th of July as he does every year, Tom Schanley was happy to be free of COVID-restrictions, and able to visit with friends and family in his hometown.

But this visit offered another connection, a personal one, with a twist.

As a busy Los Angeles-based actor, Schanley has worked in all manner of theater, television and film, notably in shows like Dexter, Criminal Minds, NCIS, CSI: New Orleans, Melrose Place, Star Trek: Enterprise, Hawaii Five-O, and S.W.A.T, among many others.  His film credits include Fever Pitch, Courage Under Fire, Conspiracy Theory and Get the Gringo starring Mel Gibson.  And he’s worked extensively in regional theater productions, from Shakespeare to starring in Cat On A Hot Tin Roof.

His latest feature film, Charming The Hearts Of Men, stars Kelsey Grammer and opens in theaters next month.

Here’s where the twist comes in.

Working with Grammer pulled Schanley back 40 years to spring, 1979, as a graduating senior at Manchester High School.  Acting was his passion, so for his school practicum Schanley worked at the North Shore Music Theatre (NSMT) during a run of Shakespeare’s Hamlet, starring none other than Kelsey Grammer as Laertes, brother of Ophelia and the man who kills Hamlet.  The production turned Schanley onto the business, and the camaraderie among those in the business.  Back then, he said, the cast would spend downtime together, going to Singing Beach or other area spots.  Grammer asked for Schanley’s assistance in running sword-fighting choreography.

At the time, Schanley said, he figured that was normal.

“What did I know? I was young,” Schanley said, laughing.  “I thought, ‘Sure, he’s going to rehearse with me.’  I didn’t know any better.  Now I understand what a generous actor he was.”

Of course, within three years of his run at NSMT, Grammer’s star would rise.  Playing Dr. Frasier Crane, the hilarious (and pompous) psychiatrist in the NBC sitcom Cheers, Grammer was such a fan favorite that his character spawned a spin-off show, Frasier, which ran for nearly 10 years and solidified Grammer’s place in Hollywood.

When they first met on set, Schanley mentioned lightheartedly that it wasn’t their first meeting.

“I didn’t think he’d remember, but I told him we’d met on a 1979 production of Hamlet in Beverly, Massachusetts,” he said.

“He remembered immediately, and he was very gracious about it,” said Schanley.  Then they got to work.

Schanley has built a solid, well-respected career.  Early, fortunate breaks helped, including a multiple episode role on Melrose Place, one of the biggest shows in 1990s television, playing a cop gone bad.  Before that, Schanley was tapped to star in a 1980s reboot of The Six Million Dollar Man, playing the son of bionic man, Steve Austin (played by Lee Majors).  The show was an early personal highlight for Schanley, mostly because the original show was one of his favorites as a kid. (“I got a chance to be bionic. And that’s not bad!”)

Other notable moments include being cast in the Yellow Rose, a star-packed television series lauded by critics but unsustainable given a an all-star cast that included Sam Elliott, Cybill Shepherd, Chuck Connors, and David Soul, among others.

Theater remains a constant source of professional joy for Schanley.  A contemporary interpretation of Shakespeare's Julius Caesar in Los Angeles’ downtown amphitheater is one he remembers fondly.  Schanley played Marc Antony.  The ensemble was perfect, and the audience[JA1]  packed.  And because it was across the street from the Los Angeles Police Department headquarters, the nightly helicopter flyovers added to the production, coincidentally timed perfectly for the battle sequences.  Schanley said it was serendipitous, magical, and thrilling.  Especially with the direct connection to more than a thousand people in the audience in sharing it.

That connection to theater and his formative experience with Grammer drew Schanley back to the North Shore Music Theatre.  The theater has been quiet throughout COVID.  It still is.  General Manager Karen Nascembeni met him, and they walked the familiar backstage corridors.  Schanley loved it.  She brought him to the famous circular stage, dark except for the continuously illuminated “ghost light” that is the industry tradition when a production must shut down, and marks the time until the show returns.

For NSMT, shows will return in October.  Nascembeni said interest in reopening has been tremendous among local fans and supporters of the theater, but as general manager she can’t green light a return until everything is clear, and ready.  Theater productions require a huge investment.

Timing, she said, is everything.

Charming the Hearts Of Men was shot in Georgia just before COVID hit, so the launch date has been a moving target.  Originally, it was September, 2020.  Now, amid enthusiasm from critics, it’s set to launch in theaters next month, in eight to ten US cities, with a simultaneous streaming release on Amazon.

In the meantime, last week’s meeting with Schanley was a reminder for Nascembeni of the importance of exposing students to theater at a young age, and how it can impact their lives and their future.

Sometimes they go on to enjoy successful careers as professional actors, sometimes they go onto other adventures.  But appreciating the art form and experiencing all of the stimulation and joy it can bring, said Nascembeni, is a lifelong gift.

“The year before the pandemic, we made a commitment to bring spring Shakespeare performances back to NSMT for both student groups and our patrons. It had been a decades long tradition,” said Nascembeni.  For her, meeting Schanley triggered a realization of the impact of that long tradition, that it was very real, and important.

“Seeing Tom light up as he looked around the theater, reflecting on his first childhood memories there, reminded me that we have to book a Shakespeare production for spring of 2022 to keep this tradition going for the benefit of our North Shore students,” she said.

After all, she continued, “you never know how seeing one of these shows will change a child's life.”

In high school, Schanley worked at the North Shore Music Theatre during a run of Shakespeare’s Hamlet, starring Kelsey Grammer as Laertes. Decades later into his own busy acting career, Schanley was cast in a movie, out next month, starring Grammer.