$36.00 for 365 days
Get Started
You are the owner of this article.
Edit Article Add New Article
You have permission to edit this article.
Edit
Home
SUBSCRIPTIONS
News
Out & About
Living
Opinion
Local Events
Obituaries
Long Ago
Marketplace
Share This
1 of 6 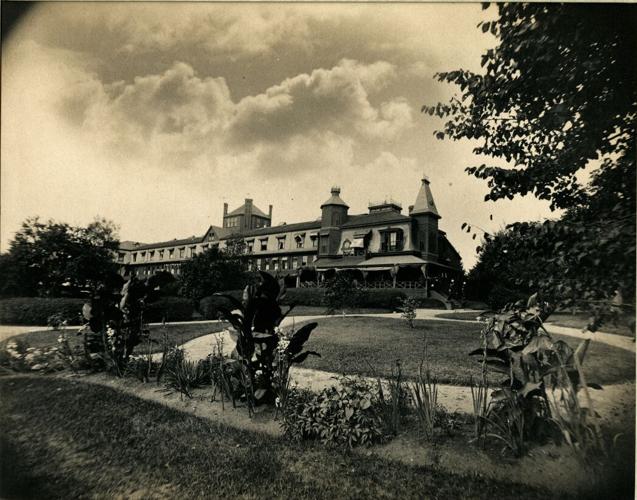 On the site of the former Masconomo Hotel and Booth cottage is a private home in Manchester-by-the-Sea. 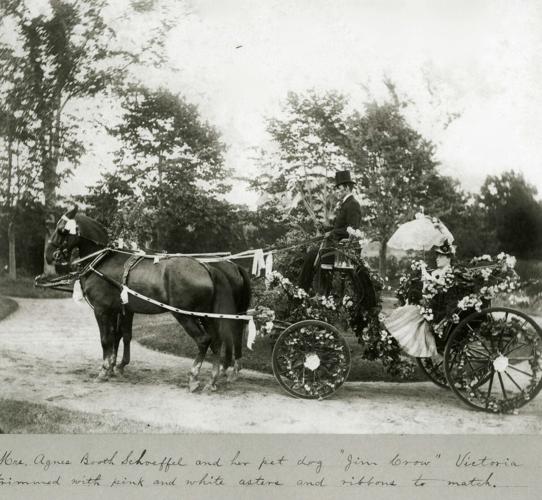 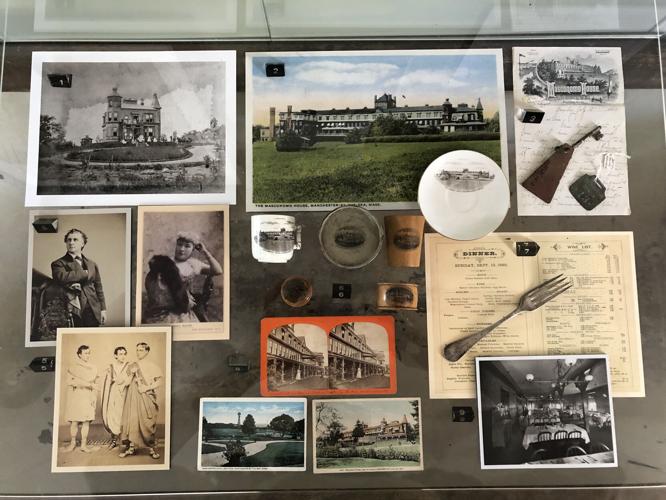 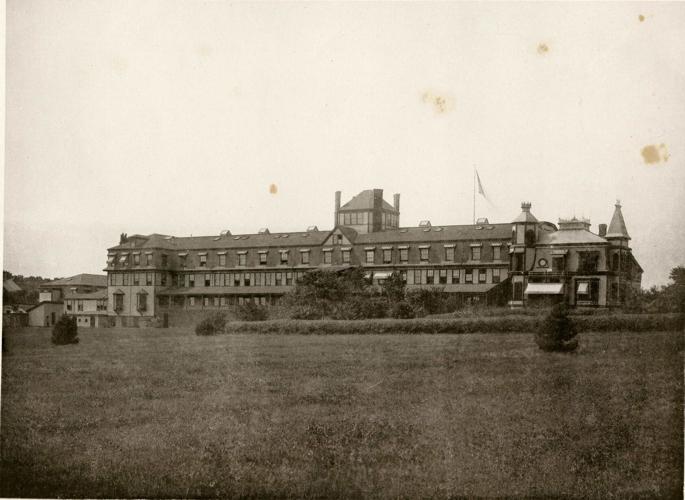 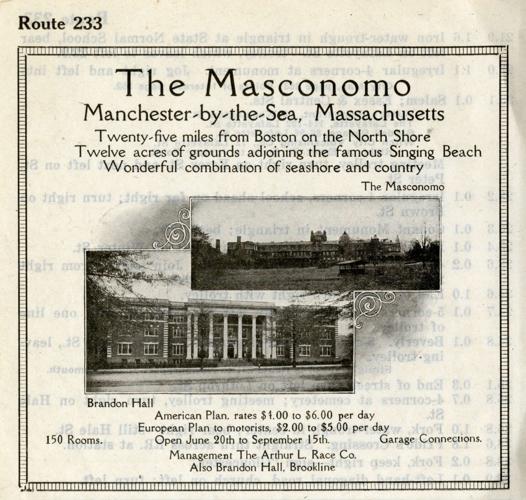 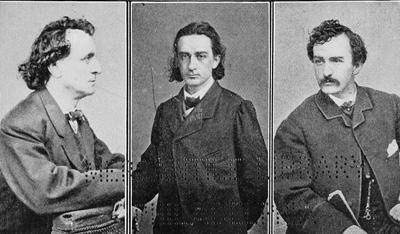 IN THE LATE 19th CENTURY—the era of grand summer hotels on Cape Ann—The Masconomo House in Manchester attracted statesmen, celebrities and socialites.  It was built by a Booth—the most esteemed name in American theater.  Three Booth brothers emerged from their legendary father, Junius’, mountainous shadow: Junius Jr., who retired at the estate near Singing Beach, Edwin, who became America’s most beloved actor, and the youngest and most infamous brother—John Wilkes.

The story begins in England with Junius Sr., a world-renowned Shakespearean thespian in the early 1800s.

His skill was matched only by his eccentricity.  He performed in several languages, achieving royal accolades throughout Europe.  But Booth’s genius was outdone by his madness.  A hopeless alcoholic, he was prone to wild delusions; he’d pull a gun or a knife on a best friend before coming to.  During violent scenes on stage, fellow actors fled when he became too violent. He often missed performances altogether.

Booth bought a farm in Maryland and raised a large family.  Work and money were never an issue. He toured cross-country to headlining fanfare.  Walt Whitman wrote glowingly of Booth.  Edgar Allen Poe and Sam Houston were close friends.  A political power, he drunkenly wrote a threatening letter to his pal, President Andrew Jackson.  The President brushed it off as a friendly joke. Through it all, Booth was tolerated for his talent.

Three of his children worked in theater. Each carried his father’s traits; acting ability, alcoholism, and lunacy.  Junius Booth Jr, known as “June,” acted but excelled at theater management.  Edwin traveled with Senior, babysitting and sometimes standing in for him.  John, known more for his looks and daring stunts, became a heartthrob.  Prior to the Barrymores, the Booths were the preeminent stage family in America.

As Edwin and Junius Senior toured, June and John Wilkes followed the gold rush to California.  Unlike the puritanical north, where acting was considered blasphemy, theater thrived in the Wild West. June managed venues in San Francisco and Sacramento.  During this time, Junius Sr. died of liver disease on a Mississippi riverboat.  The sublime Edwin took over. He performed Hamlet for 100 straight nights in New York City and rocketed to stardom. June moved east to manage Edwin’s business.

The three brothers appeared on stage together only once—just before the Civil War broke out—in a production of Julius Caesar.

Not all was harmonious amongst the siblings, as tensions rose between the north and south.  The Booth homestead resided in the border state of Maryland.  While most Booths sided with the north, John Wilkes pledged allegiance to the Confederacy.

John’s fanaticism grew; instead of joining the Confederate Army, he spied for the southern cause, knowing he’d accomplish more through the power of the Booth name.

His plan to assassinate President Lincoln at Ford’s Theatre in Washington DC was coldly calculated.

On the night of April 14, 1865, John Wilkes knew where to enter the Ford’s Theatre, when to bypass security, and how to escape.

Shattered and ashamed, Edwin was forced to leave the stage and go into hiding.  June was in Cincinnati.  A lynch mob, seeing the Booth name on playbills around the city, rushed June’s hotel.  He barely escaped.

The family received thousands of death threats and were surveilled by police.  June was jailed as authorities pored over non-incriminating letters between him and John.  The Booth legacy was ruined.  Neither Edwin nor June ever mentioned baby brother John by name again.

A year passed before Edwin sheepishly returned to the stage; an adoring crowd showered their favorite actor with cheers and flowers.  June moved to Massachusetts and ran The Boston Theatre.  He married its famous lead actress, Agnes Perry.  They had four children and summered in Manchester, which had become a destination for playwrights and actors.  Only two children reached adulthood, Sydney and Junius Booth III.

June and Agnes built a home to entertain friends on 12 acres by Singing Beach.  June retired and expanded The Booth Cottage into The Masconomo House, a 103-room hotel between downtown Manchester and the water’s edge.  The grounds boasted lawn tennis and bowling, an icehouse and horse stables, a dance hall, a bandstand and a signature windmill.

A staff of 50 cared for the three-and-a-half story high building.  It featured world class dining and high-end plumbing.  Four trains from Boston brought visitors to Manchester each day.

June’s retirement, however, was short-lived.  He died at the house of a liver ailment in 1883 and, wary of his family’s dangerous habits, left the entire estate to Agnes.  She married another theater manager and together they ran the hotel with flying colors.  Even President Grover Cleveland was a guest.

The Masconomo House also staged the first outdoor theatrical production in the country’s history—a rendition of Shakespeare’s “As You Like It” in 1887.  Agnes performed.

In 1893, Edwin Booth passed away after establishing The Players, a private social club and museum for American theatre in New York City.  The Edwin Booth Life Achievement Award is still given.  Recipients include Helen Hayes, Jack Lemmon and Jason Robards.

Agnes died in 1910 and was buried alongside June and three of their four children at Manchester’s Rosedale Cemetery.  Sadly, demons continued to haunt the Booths.  Shortly after Agnes’ passing, Junius III shot his wife then stabbed himself to death in England.

The Masconomo House stayed open until a fire in 1919.  Today, it’s a private residence featuring the original Booth Cottage.  Artifacts from the hotel are on display at the Manchester Historical Museum.  The property that once spilled into Singing Beach no longer has any attachment to the Booth family.

1623 Studios' Timeline: Cape Ann series focuses on interesting areas of local history. Kory Curcuru shares these dispatches with our readers here in The Cricket.  Email him at kory@1623studios.org.

A year passed before Edwin sheepishly returned to the stage; an adoring crowd showered their favorite actor with cheers and flowers.  June moved to Massachusetts and ran The Boston Theatre.  He married its famous lead actress, Agnes Perry.  They had four children and summered in Manchester, which had become a destination for playwrights and actors.

Kory Curcuru takes us on a journey into Ravenswood Park for a fascinating story of its long-time, turn-of-the-century resident, Mason Walton.