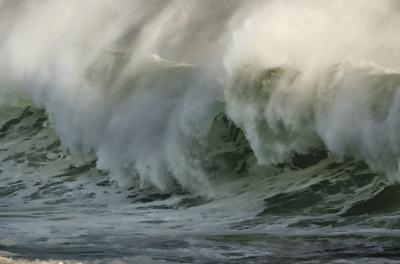 A little over a year ago, the Cape Ann Museum reached out to Steve Rosenthal, renowned photographer, architect and Manchester-by-the-Sea resident.  In planning the exhibition “Homer at the Beach: A Marine Painter's Journey, 1869-1880,” currently on display at the museum, show curators Martha Oaks and William R. Cross (notably, also a resident of Manchester) wondered if he might creatively capture Winslow Homer’s Cape Ann through modern photography.

The challenge intrigued Rosenthal and the resulting exhibit, “Along the Shore — Photographs by Steve Rosenthal,” (with 14 beautiful photographs) is now on display at the museum as a complement to the main exhibition of 53 paintings and illustrations by Homer.

For Rosenthal, the creative process involved looking into Homer’s entire body of work as well as his working methods, such as the use of cropping and angling to create subtle changes in a composition.  It was never Steve Rosenthal’s intent to walk in Winslow Homer’s footsteps, nor was it to create a literal, or photographic, representation of the artist’s work. In fact, for Rosenthal, himself an acclaimed architectural and landscape photographer with several books under his belt, it was about celebrating the light, movement and water here in Cape Ann that clearly sparked Homer and drove so much of his work.  Rosenthal studied Homer’s work intensely to internalize it, but in the end when he set out to shoot around Cape Ann, he said simply, “I shot what I saw.”

In addition to the Homer and Rosenthal exhibitions, there will be a number of related events in the coming months. For example, this Saturday, the Cape Ann Museum will host Marc Simpson, independent scholar, who will speak on “Homer’s Wine-Dark Seas.” The lecture, which begins at 2:00 p.m., will focus on Homer’s sunsets and fireworks done in Gloucester in the summer of 1880, reflect on Homer’s spirituality and his heroism, and analyze comparisons made between Homer and his colleague James McNeill Whistler.

The following month, a two-day symposium called “Winslow Homer: New Insights” will take place at the Cape Ann Museum. Dr. Sylvia Yount, who is in charge of the American Wing of the Metropolitan Museum of Art, will start off the symposium on Friday, October 4 with a keynote speech. And on Saturday, professors, museum curators and directors, and other Homer scholars will come together for presentations, explorations, lunch and a closing panel discussion followed by a reception. The focus on Homer won’t end there, however, so check out the Cape Ann Museum for more.

“I am not a morning person,” admitted Manchester’s Steve Rosenthal, the nationally acclaimed photographer who took this photo.  Nonetheless, h…