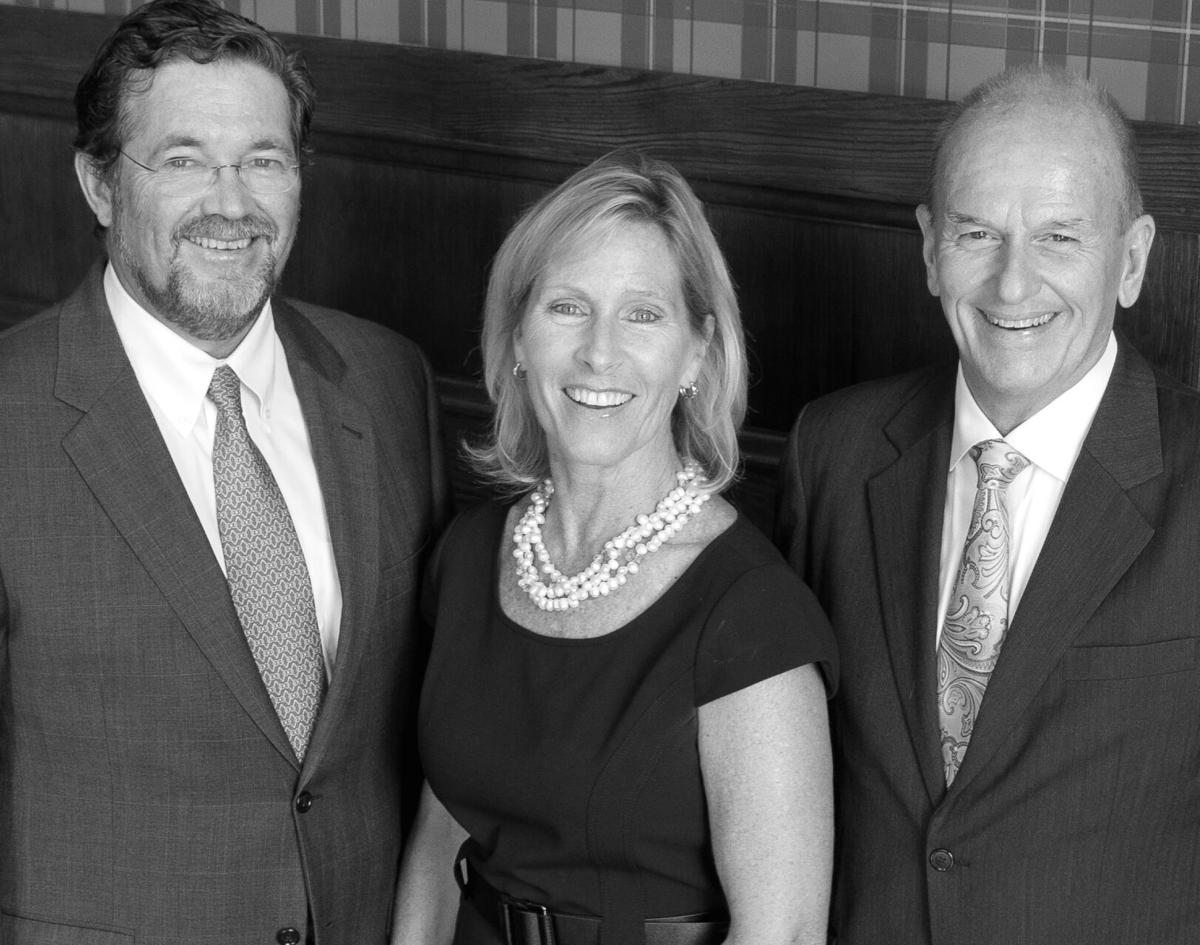 Heading up the Gibson Sotheby’s presence in Manchester, which moved to town year just as the pandemic began.  From left, Bob McDermott, Susan McDermott, and Kenny MacCarthy. 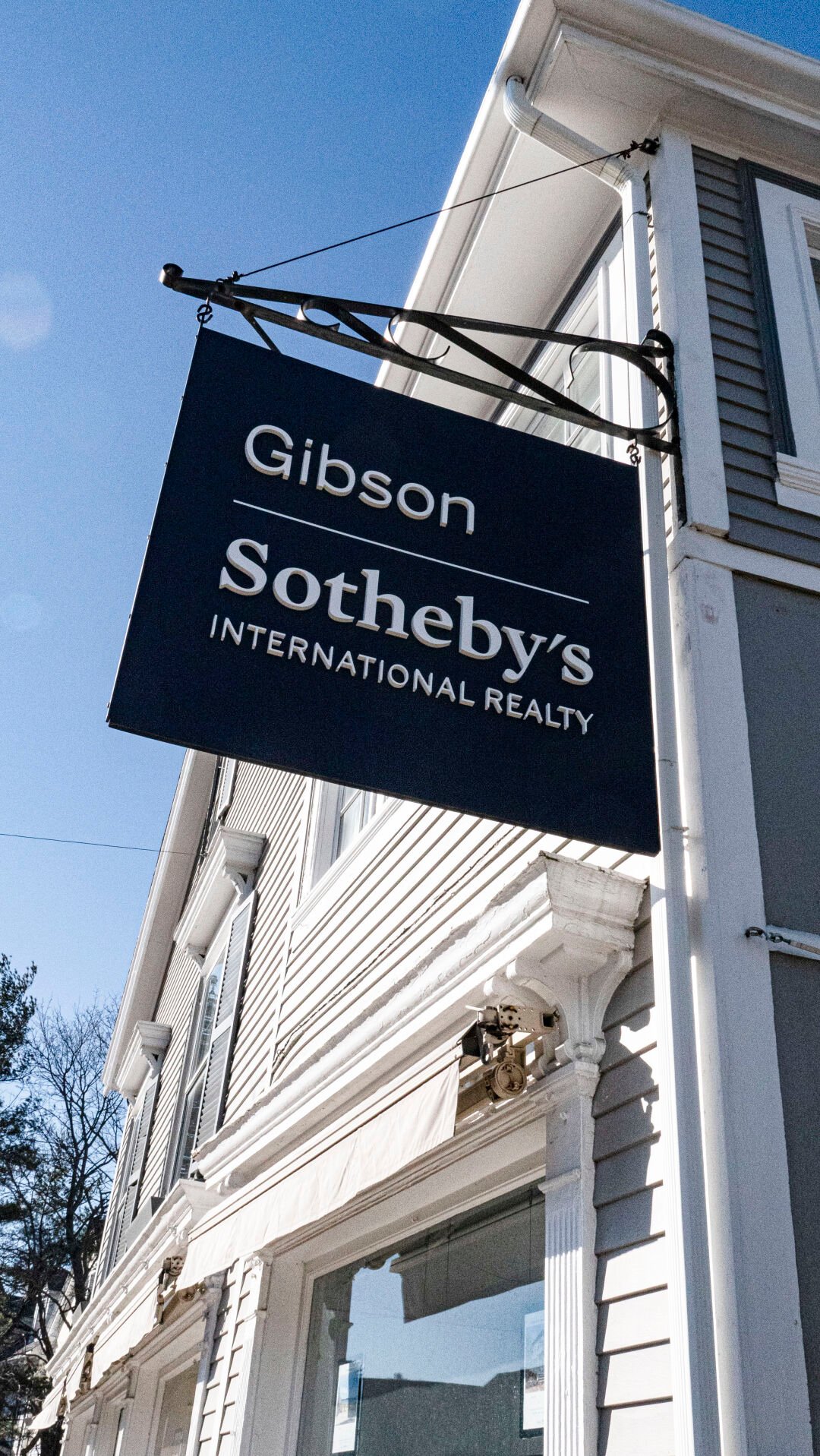 Quietly, nearly a year ago after a full renovation of its 2,000 square foot space, a new real estate brokerage arrived on Central Street in Manchester, across the street from the Town Common and next door to Style Snoop.  The office would be the 24th location for Boston-based Gibson Sotheby’s International Realty, topping off its Cape Cod-to-Cape Ann footprint.

But was it really new?  Well, no.  The Gibson Sotheby’s Manchester office is actually a veteran home-grown team that for nearly 10 years was part of By The Sea Sotheby's in Beverly Farms.  The team is now flying under the Sotheby’s flag, with Susan McDermott, Bob McDermott and Kenny MacCarthy head up the 15-person office.  And the opening of the new office has been quiet because Spring 2020 didn’t just mark the debut of the new Gibson Sotheby’s Manchester office.  It also marked the beginning of social distancing, Zoom calls, and uncertainty about how to live during a pandemic.  That was then.

“I didn’t think about it at the time, but in a way, it was the perfect time to move to Manchester,” said McDermott who lives in Magnolia with Bob McDermott, her husband of 36 years and business partner.

Before 2020, she said, about 50 per cent of their business had been second homes.  But in the last year, COVID has spurred many to move on a their “forever home,” and the local real estate market has felt a bit like riding a runaway horse.  Midway through last March, McDermott said, it looked like the 4th of July.  Lots of buyers coming from the city.  They would drive up, to escape the city.  It was a tight market, all year.

The issue with real estate this past year has been lack of inventory.  Early in the pandemic, Ida Doane from J Barrett & Company reported that listings were thin in Essex, and that’s a town that has been her sweet spot for three decades.  Reports in Manchester were identical.  Alice Miller, who heads up Coldwell Banker’s Manchester office said securing inventory was a major focus in 2020.  Jon Gray, CEO of J Barrett reported the same for all his company’s offices.  It’s still the case today.

Across the board, nearly all brokerages reported that 2020 was big.  Brian Molisse of Molisse Realty, which moved its office seven months ago from one end of town to a beautiful new space on Central Street just three doors up from Gibson Sotheby’s, reported that 2020 was a record year for the Manchester office.  Others, like Engel + Volkers agent Kristin Francoeur, reported a similar year of success personally.

In fact, one has to go back to 2016 to see anything like 2020’s frothy real estate selling environment.  That year, median prices popped, and were comparable to 2020.  But the sheer number of homes that closed in 2020 (82 in Manchester and 56 in Essex) is what made the difference.

Colleen Barry, CEO of Gibson Sotheby’s, said Cape Ann was a very attractive region for the 57-year-old company.  Manchester and Essex, she said, each has a strong, distinct sense of community.  The pandemic accelerated that desire for community and belonging, she said.  After all, people are no longer commuting, and the idea of “plans” have moved to the front burner.

“People who were saying, ‘When the kids are ready to go to school, then we’re going to …. ’ started to say, ‘Why not just do it now?’,” said Barry.  “Great communities and areas like Cape Ann are benefitting.  It’s where they want to be.”

For McDermott, she’s excited that her team is under the Gibson Sotheby’s umbrella.  And having an office, a “real” presence in Manchester, especially right downtown, goes a long way to show how serious the company is about its clientele.  The group works remotely most of the time these days, and that includes Jeff McDermott (Bob and Susan's son, who joined in Summer 2020.)  When she is in the office, looking out to the newly renovated Town Common and the new veteran’s memorial, Susan said she can imagine what everyday life will be like, when things get back to “normal.”

“I want my feet on that sidewalk.  I want to walk around and visit with people downtown,” said McDermott.  “And I can’t wait to have a party.  A grand opening party.”

Perhaps that will be this summer.  Or in the fall.  In the meantime, like anyone else in real estate these days, McDermott is expecting another great year for home sales.  Interest rates are low.  And things are getting homey for a lot of people looking to settle or stay on Cape Ann.

In a way, it was the perfect time to move to Manchester — Susan McDermott

AT HOME NOW | Too Many Feels

What a month March was for me.  I lost a week to sickness - not COVID, but a ﬂu.  Like I couldn’t lift my head from the pillow and slept 20 hours a day type of ﬂu.  But when I ﬁnally felt better I seemed to view the world just a little bit differently.  What does this have to do with homes, you may be asking? I’m really not sure yet, so you’ll have to just bear with me.

AT HOME NOW: In Defense of Messiness, Landing Pads, and Controlled Chaos

I’ve designed many kitchens - and I always label and identify the junk drawer.  It’s usually a pretty big one in a central location.  Because our lives are filled with buttons, and pressure gauges, and rubber bands, and sharpie markers, and mystery keys.

Tipping My Hat to The Rogue Wave

In the beginning we buy, and then we nest. And that can all be part of this long process of wrestling chaos to the ground. Getting organized, getting renovated, making space - they are all really important steps. But sometimes, we can try so desperately to create a place for everything and have everything in its place that we may miss out on a little bit of magic.

Isn’t it the time to think of spring cleaning?  Here are some ideas for little things that will give life at home a little boost and—let’s face it—a feel good feeling.